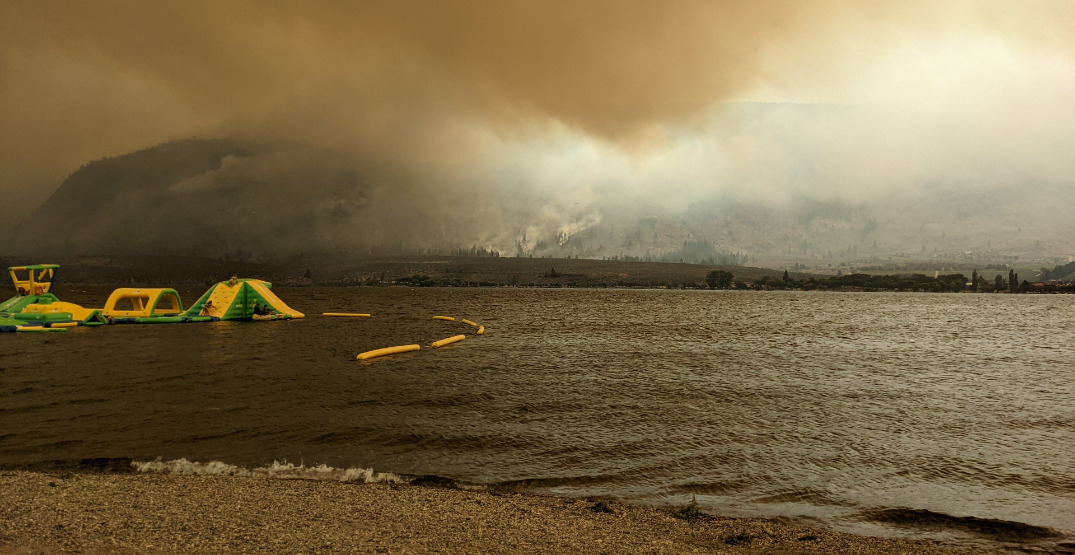 Wildfire smoke and air quality advisories have plagued many parts of the province, and while Vancouver has remained largely in the clear, the still-visible blue skies may soon be filled with the same smoky haze affecting life in other parts of BC.

All it would take is a change in wind conditions and direction for the Lower Mainland to look the way other parts of the province do.

“We’ve been fortunate that winds have not yet brought smoke from fires in the Interior or in the US to our region,” UBC Professor Michael Brauer told Daily Hive.

“Usually the general wind direction is from west to east, so Vancouver typically isn’t affected by smoke from fires in the Interior, but we can be impacted by fires on Vancouver Island or from south of the border,” Brauer added.

“Fires that are close by may generate smoke that affects Vancouver and we can get weather patterns where smoke from the Interior will affect Vancouver. It looks like this is shaping up to be a really bad fire season, both in BC and south of the border – the more fires that are burning, the greater the chance that we’ll have some smoke in Vancouver, so I won’t be surprised if that happens.”

Fraser Health put out a press release earlier today, urging residents to prepare for the worst when it comes to wildfire smoke.

“BC wildfires are common during the summer months, resulting in poorer-quality air. As air quality can change quickly due to warmer temperatures and smoke from wildfires, we are urging people in our communities to plan in advance to help minimize exposure to smoky air,” said the release.

“As we anticipate our region will be impacted by wildfire smoke, I encourage those at higher risk to plan ahead, including identifying a place to go that has cleaner air,” says Dr. Ingrid Tyler, Fraser Health executive medical director of Population and Public Health and medical health officer.

#BCWildfire view from west #Osoyoos includes both #SpiritRidge on the right and active fire on the left. Thank you to the crews working constantly to battle spread despite wind gusts directed south. pic.twitter.com/9tIKhfO3fv

According to the BC Wildfire Dashboard, as of Tuesday afternoon, there are nearly 300 active wildfires in the province.

“Wildfire smoke can travel long distances and can cause serious health effects in some people. Different people respond differently to wildfire smoke, and some people are at higher risk of having health effects, so it is important to be aware of people in your household who are more sensitive,” Tyler added. 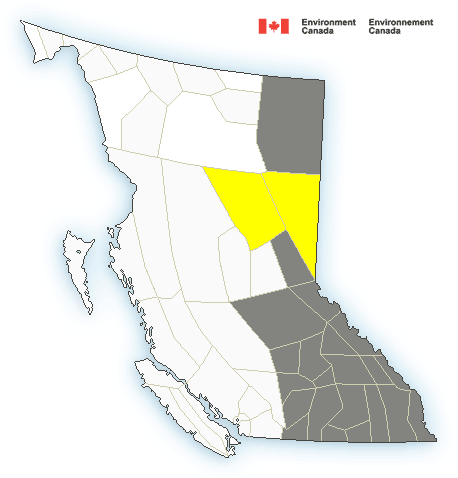 The grey portions of the map above highlight the parts of BC that have active air advisories in place.

Premier Horgan has recently taken some criticism for not issuing a province-wide state of emergency, which led to a petition.

Fraser Health outlines some precautions you can take, including using a portable HEPA air cleaner, keeping your windows closed if you can without overheating, and reducing the time spent outdoors. Indoor facilities that have clean air conditioning are also recommended.

Most of the province is also in the midst of an ongoing drought, which is adding to the risk.

Update: The BC government has declared a state of emergency for the province as of Tuesday afternoon.