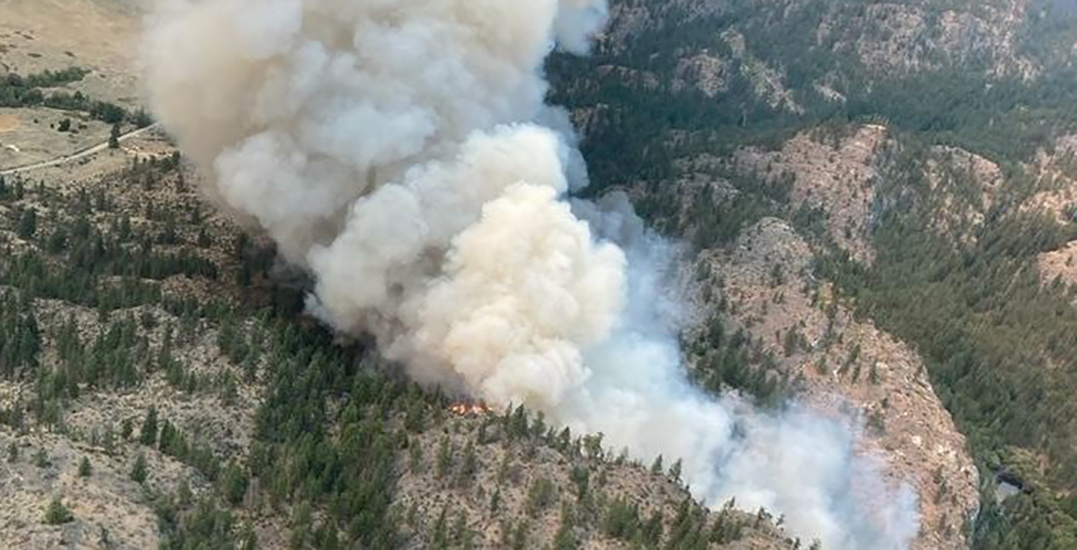 Two communities in British Columbia’s interior have declared local states of emergency over an aggressive wildfire burning north of Osoyoos.

On Monday night, the aggressive blaze had grown to approximately 700 hectares in size and had 12 personnel on-site, as well as five helicopters.

UPDATE: This fire has been renamed as the Nk’Mip Creek wildfire. https://t.co/5xMbnH9RlS

On Tuesday morning, the BC Wildfire Service announced that the fire had increased to 1,100 hectares in size and was classified as “out of control.”

The Osoyoos Indian Band, where the wildfire is located, has declared a state of local emergency (SOLE) and an evacuation order and alert.

Osoyoos Indian Band (OIB) has declared a State of Local Emergency and issued an Evacuation Alert and Evacuation Order. @EmergMgtRDOS is sharing on behalf of OIB. @BCGovFireInfo @TownofOliverBC pic.twitter.com/QAZXkGIv0W

The Regional District of Okanagan-Similkameen (RDOS) also declared a state of local emergency due to the fire and the “imminent threat to life and property.”