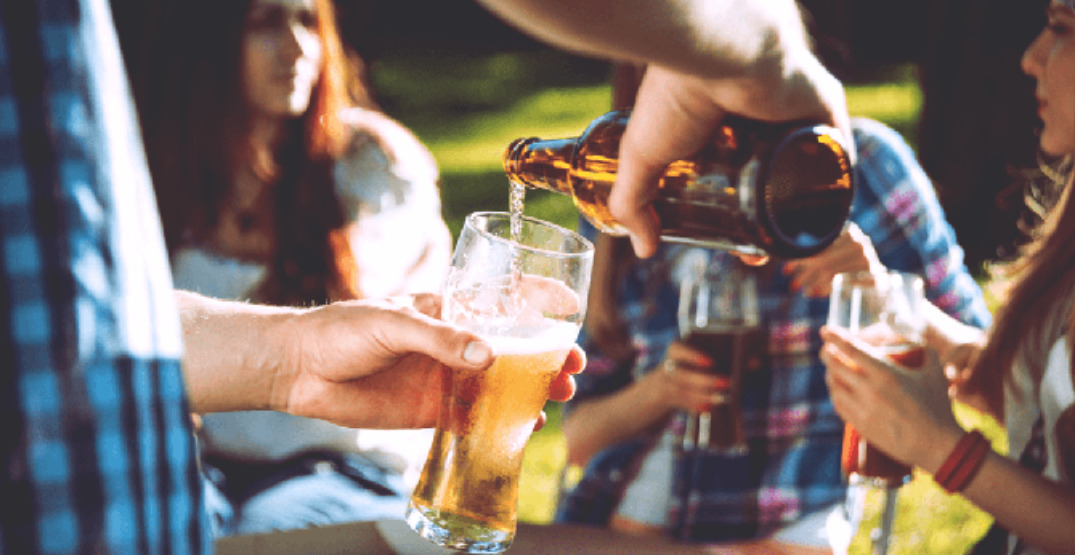 The City of Vancouver has voted unanimously to expand the public plaza drinking pilot program that has run for the last two years.

Between May 31 and October 11 of last year, drinking was allowed at a selection of public plazas throughout the city.

At a council meeting on Wednesday morning, a city staffer revealed that the pilot had very strong public support, with 92% in favour, according to a 2021 public survey.

The proposal presented to the council on Wednesday, March 30, calls for a long-term alcohol consumption program. The program would build on the success of the pilots in 2020 and 2021 and would enable new public space programming to enhance community enjoyment while supporting local businesses.

All council members who attended Wednesday’s meeting voted in favour of extending the program. 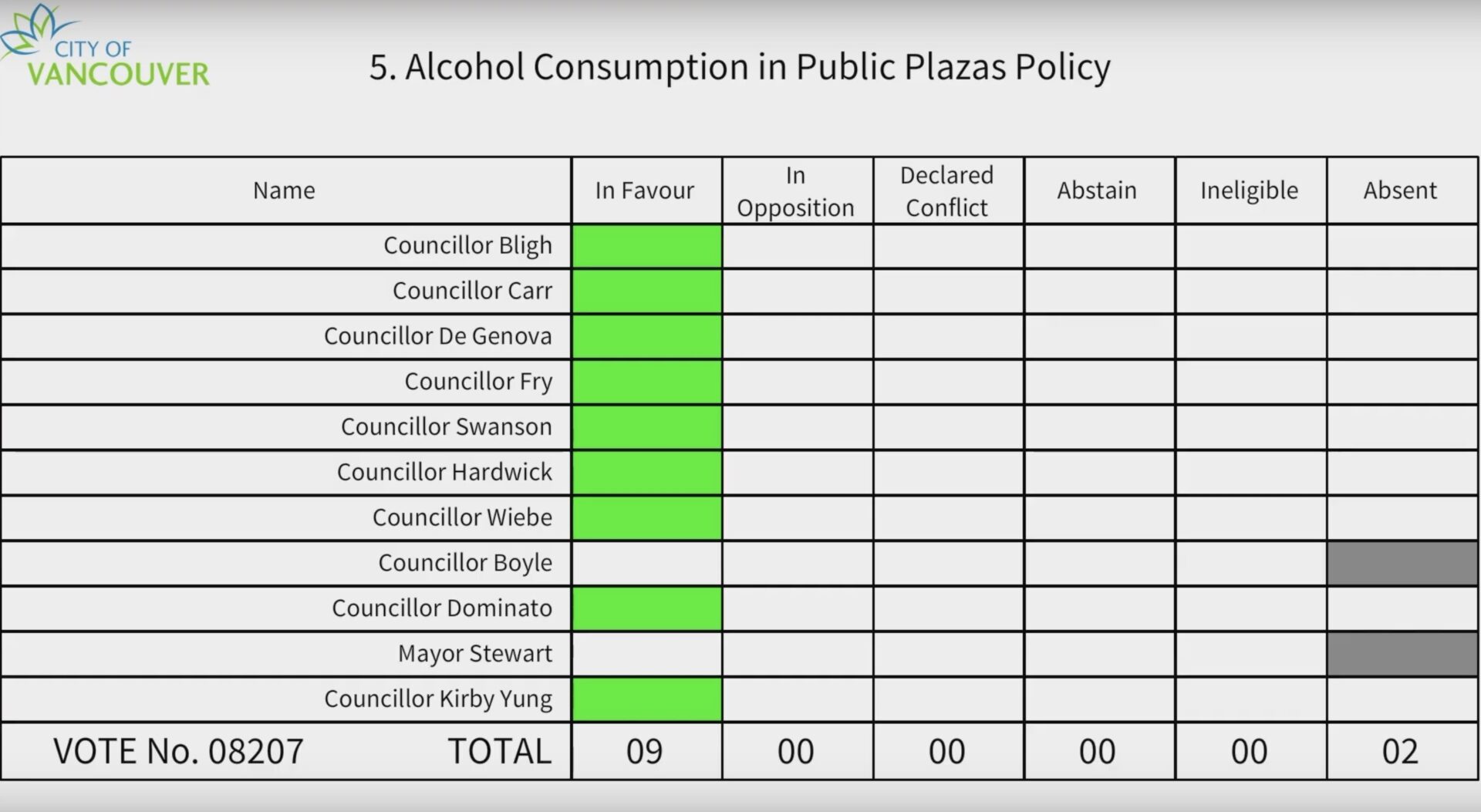 Rachel Magnusson, Branch Manager of Street Activities for the City of Vancouver, presented the data, highlighting all of the successes and potential areas where the City could improve the program.

The plazas where public consumption of alcohol was permitted included the following:

While it’s unclear if these locations will be included in the next phase of this program, more information will be available in the coming weeks.

Initially, there were fears that public plazas would whisk business away from nearby restaurants. However, analysis of pilots suggests that concern is non-existent. Stewards of the previous pilots also expressed support for its continuation.

There were no health or safety issues reported during last year’s pilot, but councillor Jean Swanson introduced one amendment.

The amendment includes a recommendation that City staff consult with VANDU and the Eastside Illicit Drinkers Group for Education about a proposal for creating a peer-staffed outdoor drinking space in the Downtown Eastside, which would serve as a form of alcohol harm reduction.