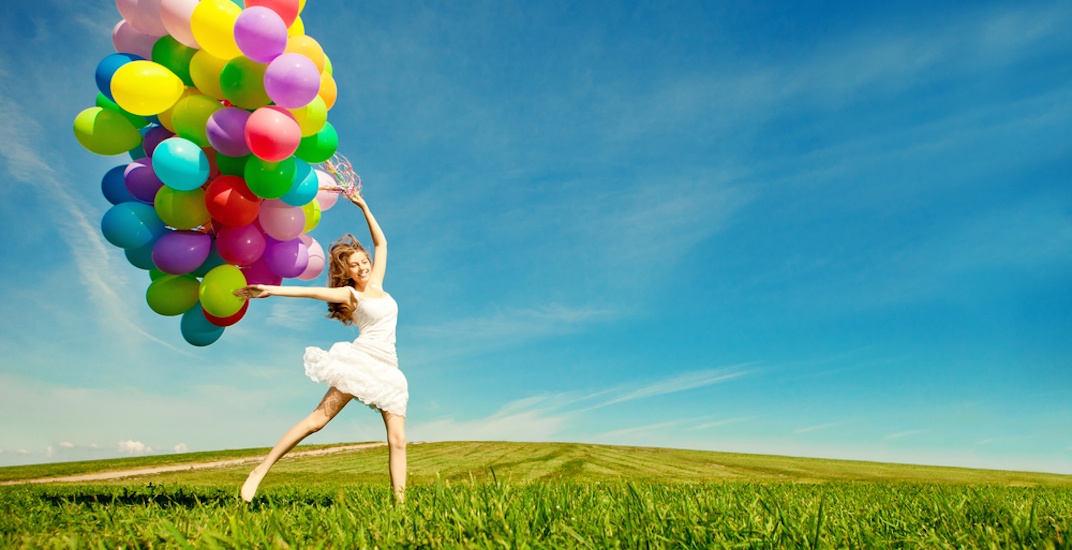 Girl on the grass in a park running with balloons. (Shutterstock)

The prospect of banning balloons at Vancouver’s parks and community centres over ‘environmental concerns’ drew the attention of concerned clowns to yesterday’s Vancouver Park Board meeting over the matter.

His motion argued that balloons made of latex or plastic are non-renewable and harmful to wildlife, particularly seals, sea turtles, jellyfish, and birds. He also cited one study that claimed balloons cause more childhood deaths than any other toy.

But other commissioners countered the ban, saying that the public, community centres, and restaurants that operate on land owned by the Park Board had not been consulted.

An enforcement of the balloon ban would also reduce park rangers’ availability for more pertinent matters such as cleaning up used needles.

“I’m voting against the motion as it reads because it’s too far too fast,” said commissioner Catherine Evans.

“There is a general consensus that we do not want to use ranger time on this… nobody wants to be policing children.”

In the end the Park Board opted for an educational approach to the environmental impact of balloons rather than enforcement.