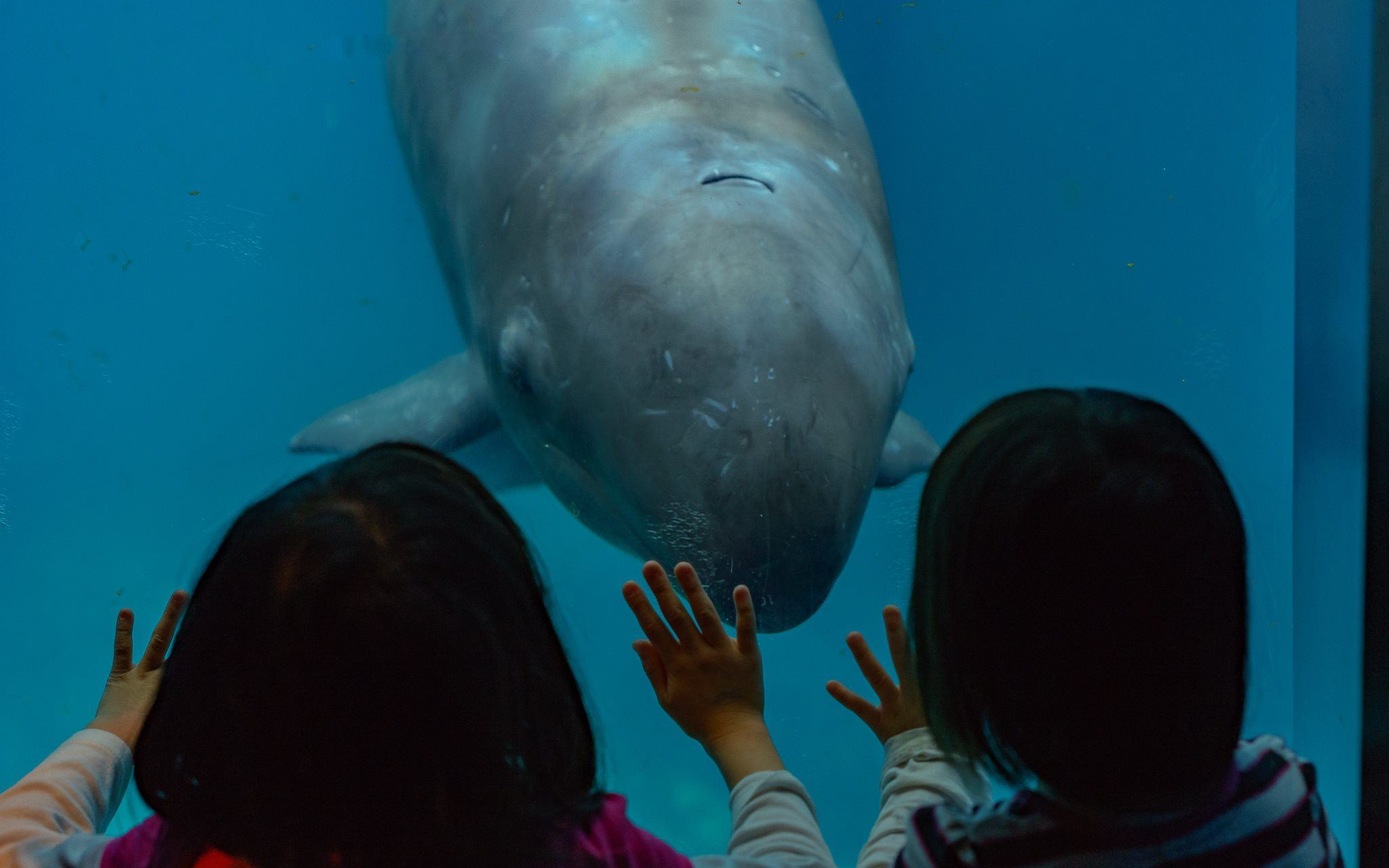 Children peering through the glass at Chester, the false killer whale rescued by the Vancouver Aquarium. (Gabriel Lam / Meimento)

A severely misguided decision by the Vancouver Park Board earlier this week to ban the Vancouver Aquarium’s ability to keep cetaceans will put its rescue programs for dolphins and whales in jeopardy, with potentially fatal results.

As if it needed any further inquiry, the ‘issue’ has been revisited at least three separate times by three different groups of Park Board commissioners over the last 10 years alone.

Three years ago, the Park Board went so far as to commission an independent report from Joseph Gaydos, the chief scientist and veterinarian at the SeaDoc Society Program at the University of California’s David Wildlife Health Center. His objective study, based on data from 617 aquariums around the world, supported the Vancouver Aquarium’s operations, arguing that its research and rescue programs depend on its cetaceans.

Despite Gaydos’ findings, two outgoing Vision Vancouver commissioners – Sarah Blyth and Constance Barnes – led an unsuccessful last-ditch motion to ban breeding in the three-week window between the November 2014 election and the end of their term. There was only one incumbent candidate from the outgoing council, Vision Vancouver’s Trevor Loke, and he lost hist seat over his party’s polarizing stance.

The ban, one of the most divisive Park Board issues during the election campaign, was challenged by NPA, which vowed to reverse an initial ban over the summer. Voters agreed, Vision Vancouver was punished in the Park Board, and the NPA went on to claim a majority of the seats.

This week’s decision on the presence of cetaceans in the facility provides yet another example that neither side of the political spectrum, particularly in a municipal-level body like the Park Board, is immune to falling into the trap of letting politics dictate government policy contrary to rational policy.

Somehow, ‘marine experts’ are born after watching ‘documentaries’ like Blackfish, The Cove, and Vancouver Aquarium: Uncovered.

The instigator was Blackfish, which rightly targeted the practices and track record of Sea World’s treatment of its animals. There are also other aquariums elsewhere in the world that have an even more deplorable history of abusing their animals for the sake of profit, all the while without properly caring for their animals.

And because of Blackfish, a segment of the population automatically believes that all aquariums are equal – that the Vancouver Aquarium closely resembles Sea World and other deplorable facilities, even though that could not be further from the truth.

A rigorous scientific process would have meant basing any decision on those who work at the Vancouver Aquarium – the biologists and veterinarians who work there.

These real experts understand more about the marine life in our waters and what goes on with their animals in their own facilities, but why would that knowledge base and work even matter when it does not translate to policy.

Why should the Aquarium work on big and important conservation and research issues when the people who are supposed to support them do not recognize their work and efforts by providing weight to their fact-driven expertise?

You can disagree with the Aquarium, but you cannot conduct a wholesale dismissal of its purpose and intent. It has evolved into a leader globally in the ethical and humane treatment of marine life over the last quarter century. It is a model for how marine science centres should be operated.

This Park Board decision also points to a hostile environment for intellectual work, when opinions come first over facts – the avoidance of realities and second-order effects in favour of expediencies, feelings, sentiments, symbolic gestures, and absolutes.

Time and time again, in every instance when an issue over the Vancouver Aquarium pops up, a cloud of misinformation dominates the public discourse. To help clear up some of the misconceptions, here are a few real facts that are central to the seemingly never-ending war against the Vancouver Aquarium:

1. What a ‘non-profit organization’ really means 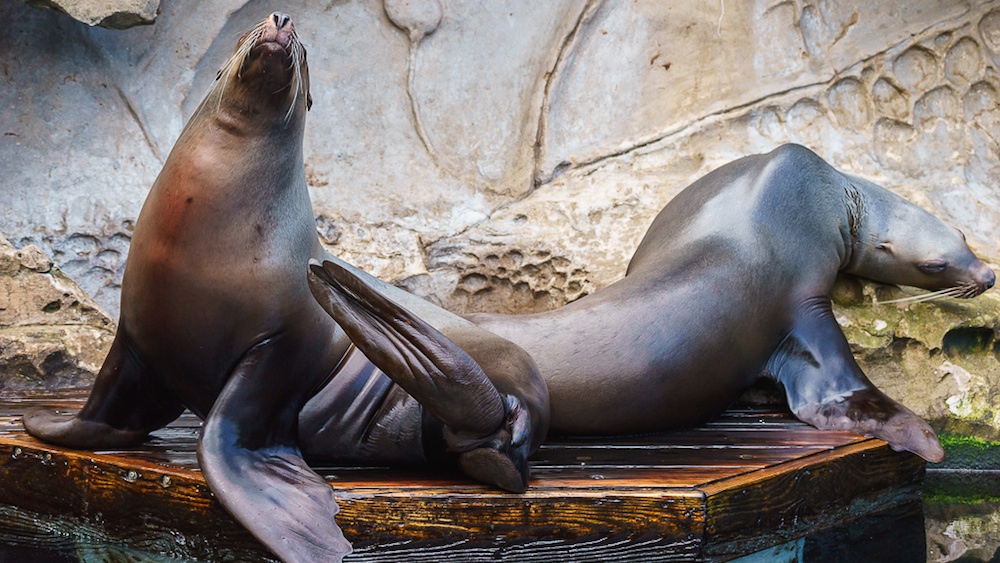 The Vancouver Aquarium is a registered non-profit organization with the provincial government’s registry, and its financial records show that all of its revenues go back towards its operations.

There is no ‘profit’, in that there are no private shareholders or owners; everything is reinvested into improving its facilities and providing the best animal care possible. And this is certainly not cheap.

But as a financially self-sustaining and independent organization, it needs to have some traits of a business as well, just like Science World and the Vancouver Art Gallery. It has admission so that it can afford to properly maintain its facilities and employ some of the best veterinarians in the world while also running conservation, rehabilitation, and research programs that are beyond the mandate of most aquariums.

Its one-million annual visitors account for 85% of its revenues for its yearly $30-million operating budget, and it has a dynamic marketing department to help ensure it meets its revenue targets. Nothing is free; without this avenue, it would have to depend on taxpayer subsidies for millions of dollars every year.

There is a stark difference between the ‘tricks’ done at the Vancouver Aquarium’s whale and dolphin ‘shows’, in the narrower sense of the word, and what is done at Sea World theme parks.

The simple tricks done periodically daily at the Aquarium are necessary to ensure the animals are healthy, and it also provides staff with a safe way to perform medical tests when necessary.

There is no hoop jumping, whale riding, or choreographed swimming, which is what you see at Sea World.

Moreover, the Aquarium has long abandoned the practice of capturing animals for exhibition. Only animals deemed unreleasable following a successful rescue and rehabilitation are kept for long-term care at the Aquarium, and this is an avenue that is only determined by scientists with the federal government’s Department of Fisheries and Oceans (DFO).

3. Out of sight and out of mind sea pens

Supporters of sea pens as an alternative to the tanks at the Vancouver Aquarium claim such an option has a lower upfront construction and installation cost. But the true cost with any new capital asset is whether an entity can keep up with the annual operational cost.

By keeping animals in the public viewing tanks at the Aquarium’s facility in Stanley Park, it provides not only an education opportunity that has inspired many to follow a career path in marine biology but also a revenue stream for covering the operational costs of animal care and facility maintenance. Without this avenue, using sea pens, taxpayers will be on the hook.

Sea pens do not provide this opportunity, and because such facilities are usually located in distant, remote locations they also lack public monitoring and accountability.

The only reason why the Aquarium has received this level of scrutiny is because of its sheer accessibility to the public. As a case in point, the same cannot be said for the Greater Vancouver Zoo in Aldergrove.

And if the size of the existing tanks remains an issue, for the past decade the Aquarium has been planning a major $100-million expansion of its tanks. This plan was approved by a previous Park Board in 2006. 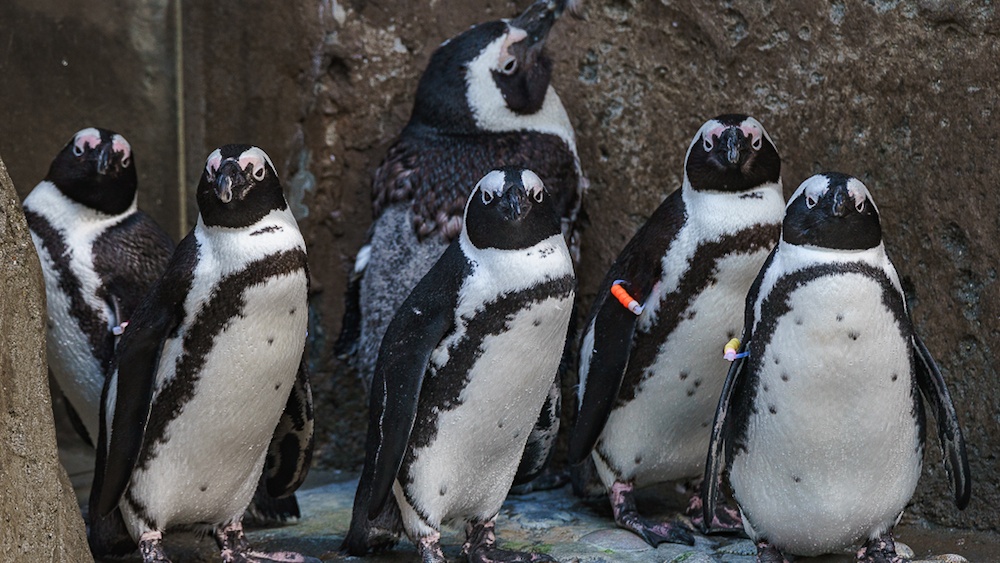 South African penguins at the Vancouver Aquarium. This particular species of penguin has seen a population decline of 70% in the last 15 years due to overfishing. (Gabriel Lam / Meimento)

With the effects of climate change and human interference ever becoming so apparent, ethical facilities like the Vancouver Aquarium will become significantly vital as an insurance for the continuation of the existence of troubled species.

A 2015 study by the United Nations estimated that one in six animal species will become extinct by the end of the century from rising carbon emissions affecting ecosystems. Moreover, human activities have seen the world lose half of its species over the last four decades.

We do not live in an ideal world; aquariums and zoos are a necessary survival strategy for at-risk animals.

5. Rescue work in jeopardy with the latest decision

The majority of the Vancouver Aquarium’s rescue and rehabilitation work is done at its Marine Mammal Rescue facility just east of Crab Park within the federal lands of the Port of Vancouver.

But this facility is only large enough for short-term care, and it depends on the large tanks at the main Stanley Park public facility for animals that are deemed unreleasable. The Aquarium performs rescues when DFO grants a permit, which is dependent on the existence of a long-term plan for the rescued animal if it cannot be returned to the wild.

If this is not possible, animals will be euthanized or left to succumb to their injuries.

6. Mammals on loan to other facilities will have uncertain futures

Over the last few years, the Vancouver Aquarium gradually relocated five of its beluga whales to other accredited facilities on a temporary basis in anticipation for the $100-million project to renovate and expand its tanks. It was done with good intentions as an expanded tank would have improved their quality of life over the long-run.

The Park Board’s ban means these whales will be unable to return to the facility at Stanley Park, and they will be permanently sent to other facilities with far less humane practices and standards than the Vancouver Aquarium.

A survey performed by Angus Reid for the Vancouver Aquarium early this month revealed overwhelming public support for the facility’s work in rescuing and rehabilitating injured dolphins and whales.

It found that 95% of residents in Metro Vancouver support the Aquarium’s role as a long-term care facility if the DFO decides the animals cannot be released into the wild. The same survey saw 94% support province-wide. 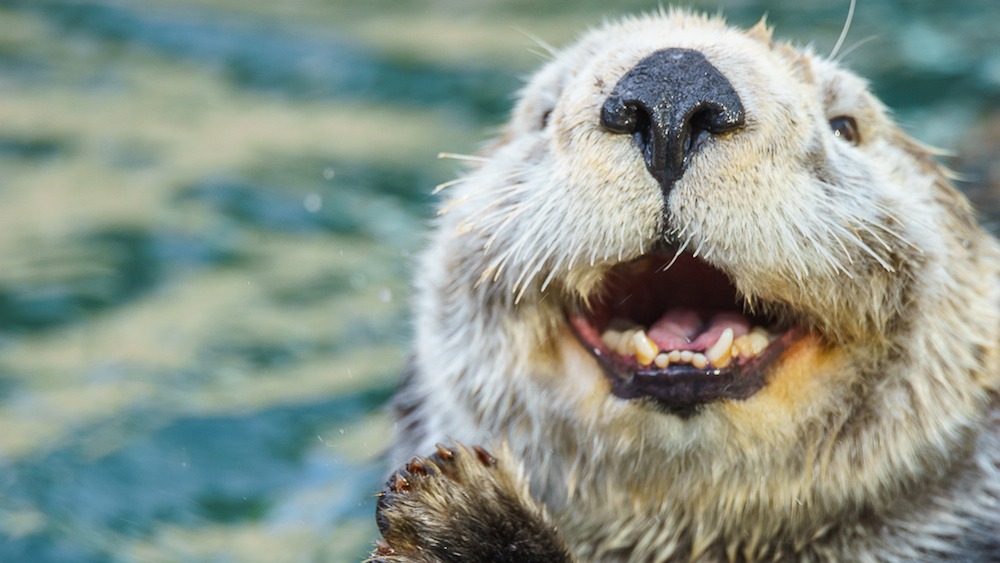 A sea otter at the Vancouver Aquarium. (Gabriel Lam / Meimento)