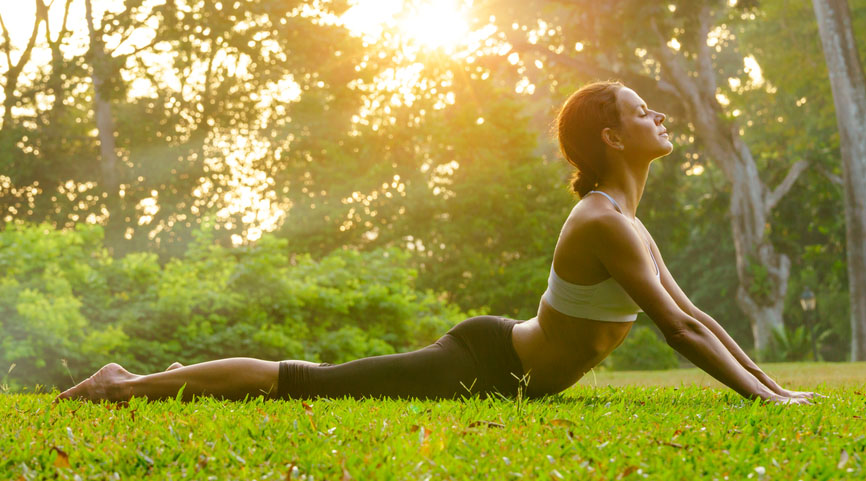 The free yoga classes usually held in Dude Chilling Park are no more, after the Park Board required organizers to apply for a permit.

The free or pay-what-you-can 75-minute yoga sessions at Dude Chilling Park usually ran twice a day, at 10 am and 6 pm, every day, though summer.

According to the mission statement posted on the Dude Chilling Yoga Collective Facebook page, organizers do not believe in the “commodification of an ancient spiritual tradition.”

“I started this program in the summer of 2014 as a way of giving to the community,” writes founder Solomon Montijo.

“I grew up under the poverty line, and know first-hand what it’s like to have so many comforts of life be beyond my reach. I firmly believe that yoga should not be one of those comforts.”

However, in a post to the page this week, organizers say they do not have the means to organize and pay for the permits required by the Park Board.

“We have been operating in a legal grey area with the city for the past years,” write organizers. “It is very sad to all of us and we will miss practising with you.”

In later posts, Dude Chilling yoga organizers urge members to email Vancouver Park commissioners to let them know what the free yoga means to them.

They also share a testimonial who they say is from Jon West, a yoga student at Dude Chilling Park whose daughter Amelie has autism:

“I owe your class everything… honestly, it has been probably the most important thing Amelie has ever had in her life,” says the testimonial.

“She literally stood on the sidewalk crying and screaming on Saturday when she found out it wasn’t going to happen anymore, then cried at home most of the night.

“I’ve told her it can’t be cancelled and will get figured out.”

Yoga group to get permit, say Park Board

When contacted by Daily Hive, a Vancouver Park Board spokesperson said staff had indeed informed the group they needed to apply for a private recreation permit.

“The permit ensures space is reserved appropriately for their use and does not conflict with other activities happening in the park,” said spokesperson Godfrey Tait by email.

“Permits are also important from a health and safety standpoint. We want to make there is appropriate insurance held by the organizer.”

Despite what is written on the group’s Facebook page, Tait said the Park Board team had spoken with the organizer and he had confirmed he would be applying for the permit.

Tait said this was not the first time Park Board staff had spoken to the Dude Chilling Yoga Collective about getting a permit.

“Staff have spoken to the group on a number of occasions over the last couple of years that they needed to initiate an application for a private recreation permit.

Tait said the permit costs $15-$19/hour and once the group’s application is received, the Park Board would be able to process it “quite quickly.”

The last free yoga class took place at the weekend.

When contacted by Daily Hive for comment via Facebook, Montijo said the Dude Chilling Collective would still not be applying for a permit.

“We don’t yet have any plan to get a permit, as we still don’t have funding.”

Montijo added that he had told the Park Board his next step was to come up with some fundraising ideas, so he can raise the money for permits.