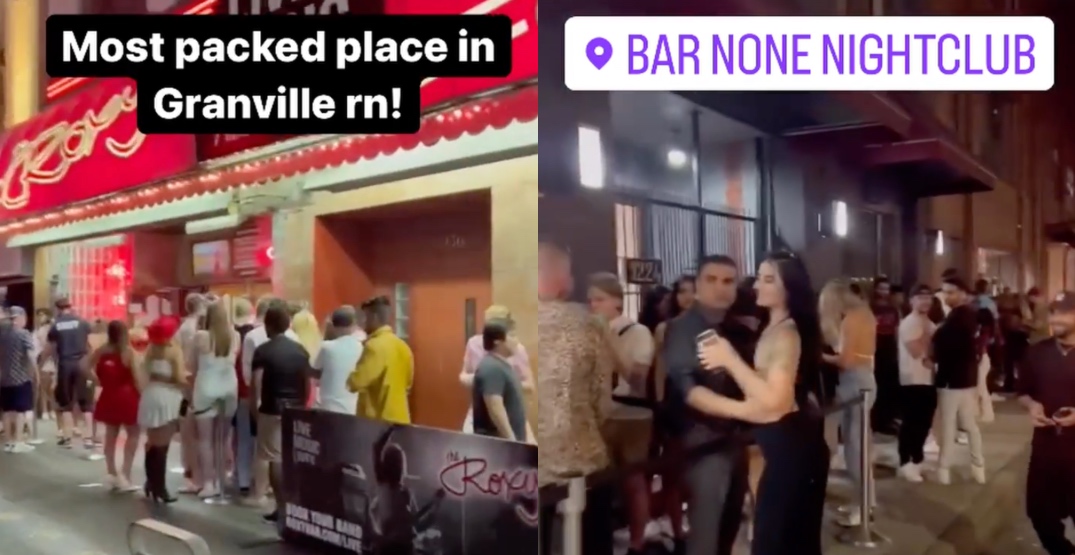 Have you ever gotten ready for a big night out only to spend the majority of it waiting in line on Granville Street? That’s the problem that one local Instagram account is solving with their new solution.

Daily Hive reached out to Dylan Samra, who started @vancouver_lines, an Instagram account that shows you exactly how long the lines are at popular venues in Vancouver on Fridays and Saturdays.

“We have a team of ‘Line Checkers’ who go around town during peak times checking,” Samra told Daily Hive.

And the level of detail their line checkers provide is impressive.

You can find updates that show you not only how full or busy a location is, but also what the vibe is like, the general age of the crowd, and even the ratio of ladies to gentlemen.

“We launched it because people are always complaining about lineups and not knowing the general vibe of a place before getting there,” said Samra.

The account launched a couple of months ago and has been well received, with more than 6,000 followers. 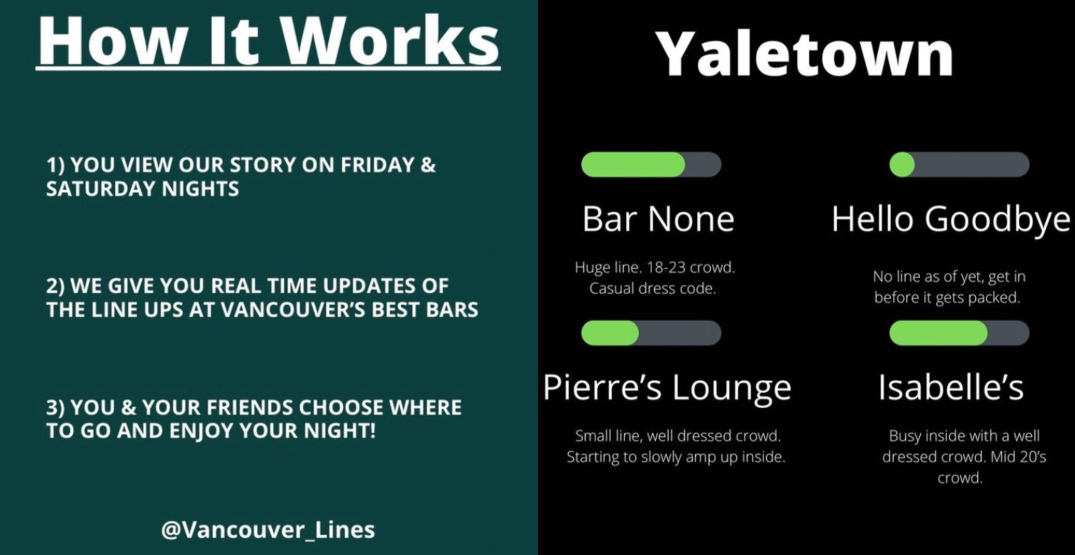 “We’ve had a great response here in Vancouver because it’s solving a big problem that everyone experiences when they go out.”

Samra, 28, was born and raised in Vancouver. He runs a digital advertising agency in addition to Vancouver Lines.

He said that he thought of the idea for Vancouver Lines while he was pre-drinking with friends. “We were thinking about where to go and I said, ‘Why isn’t there a service for this?'”

“I’ve always launched online businesses, so launching Vancouver Lines was a natural progression after going out lots in Vancouver.”

If you’re hitting the town, they could be worth a follow to find out where the party’s at.