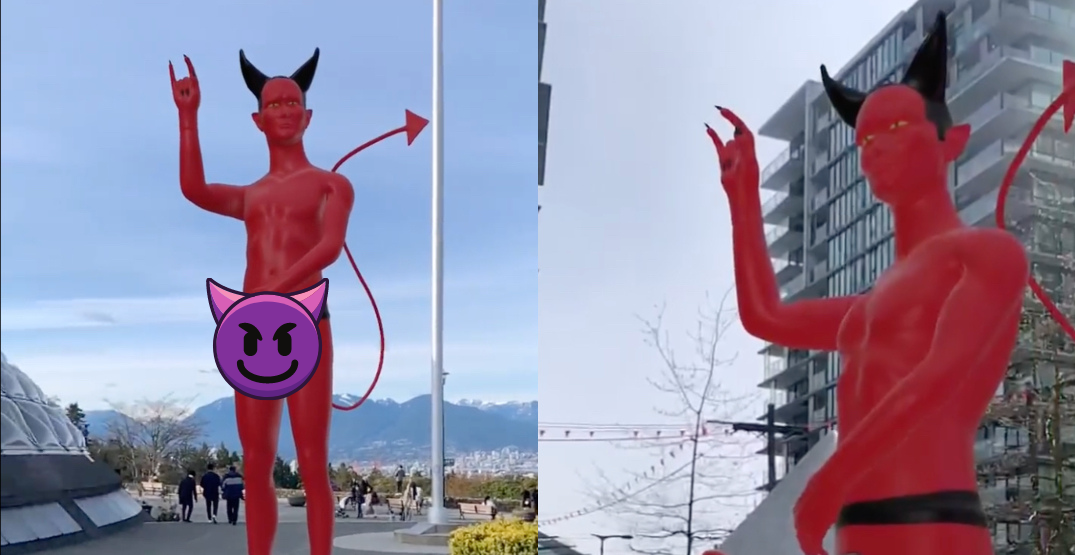 If your city’s public art isn’t causing controversy and turning heads, is it even art?

Vancouver’s eye-catching and irreverent Penis Satan statue might not have an IRL presence in the city right now, but that doesn’t mean he’s not ready for round two.

On Sunday, May 1, anonymous street artist “Obsidian” shared an update that Vancouverites could summon Penis Satan whenever the mood strikes them.

On September 9, 2014, the original statue was erected in East Vancouver. It was not a sanctioned piece of public art, and it depicted a giant red devil statue with a massive erect phallus. It was taken down, despite community efforts to bring it back.

Obsidian has launched an augmented reality app that will let you summon Penis Satan anywhere you like.

“So far the reception of AR Penis Satan has been pretty positive!” the artist told Daily Hive.

“My art celebrates Penis Satan, and I thought the world needed a genuine symbol of love. People will project their own meanings on it, and that is the beauty of art.”

When asked to explain the “why” behind the work, the artist’s response was “Why the Hell not?”

Here’s a teaser of what you can expect when you go to PenisSatan.com and use the AR app for yourself:

A post shared by Penis Satan by Obsidian (@lqdxxnc)