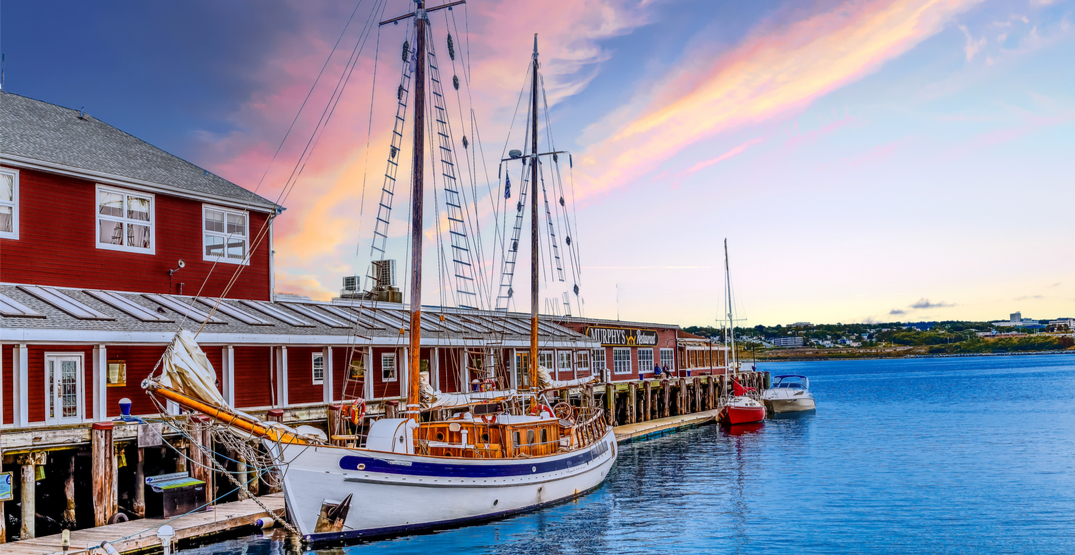 Canada is such a giant country that most of us haven’t had the chance to see every province. Especially going from the West Coast to the East Coast – it’s usually such a long, expensive flight that it’s easier to go to Hawaii than Halifax from Vancouver.

A few ultra-cheap flight deals from Vancouver to Halifax are for sale right now. You can get whisked away on an East Coast adventure for just $240 roundtrip.

According to Google Flights, these prices are lower than you’d typically expect to pay. 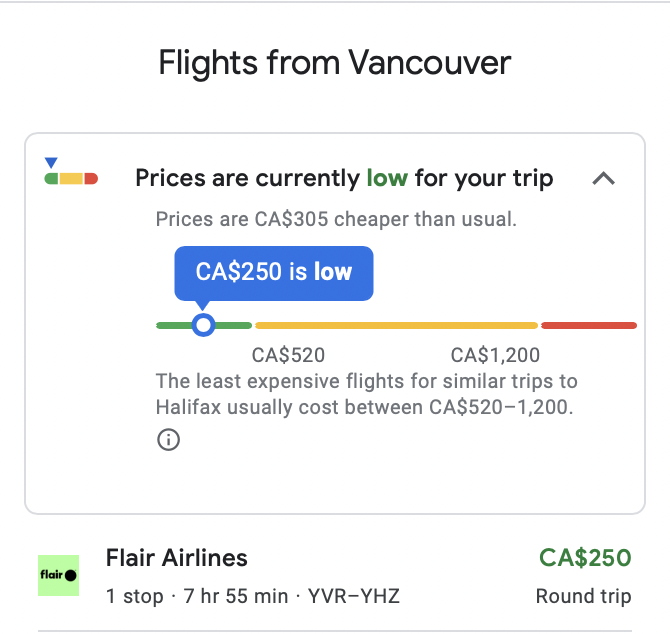 The best deals were from low-cost air carriers like Flair, Lynx, and Swoop. As a heads-up, low-cost carriers tend to charge you for your baggage, so if you’re bringing carry-on luggage or checked luggage, your flight will be more expensive.

Still, for the light packers, flights were between $240 and $315 in early September but nearly doubled in price just a week later!

How to find and book this deal:

3. Geography time! Scroll over on the map until you see Halifax – the cheapest possible flight will pop up for you. Click on it.

4. Select the best travel dates and times at the lowest fare.

If you’ve ever wanted East Coast lobster rolls and giant scallops the size of your hand, you need to book one of these deals ASAP.

This could even be your chance to finally take in all the Maritimes offers, from Peggy’s Cove to PEI’s red sand beaches.