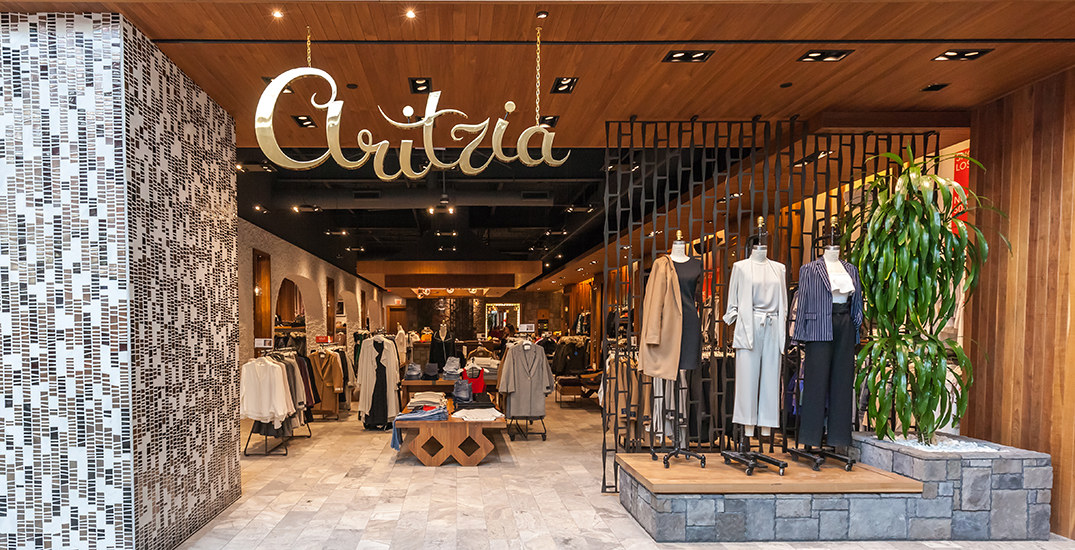 Vancouver isn’t necessarily a place that comes to mind when you think “fashion,” but our pretty city has birthed some pretty impressive clothing brands over the years.

Best known for our laid-back “athleisure” style (thank you, Lululemon), VanCity has become a tour-de-force when it comes to influencing — especially in the last decade. While casual wear is at the core of many homegrown brands — like Smash + Tess and Reigning Champ — we’re also competing on the global style stage thanks to on-trend stores like Aritzia and Indochino.

Take a look at eight huge fashion brands you may not know are from right here in Vancouver.

Perhaps the best known of them all. Chip Wilson launched the yoga influenced brand in 1998 as a studio, opening a single standalone store on Kitsilano’s 4th Ave back in 2000. Lululemon quickly caught on with west side yogi’s in the 2000s, and shoppers couldn’t get enough of the black bootcut “groove” pant made out of the brand’s proprietary Luon material (trademarked in 2005). 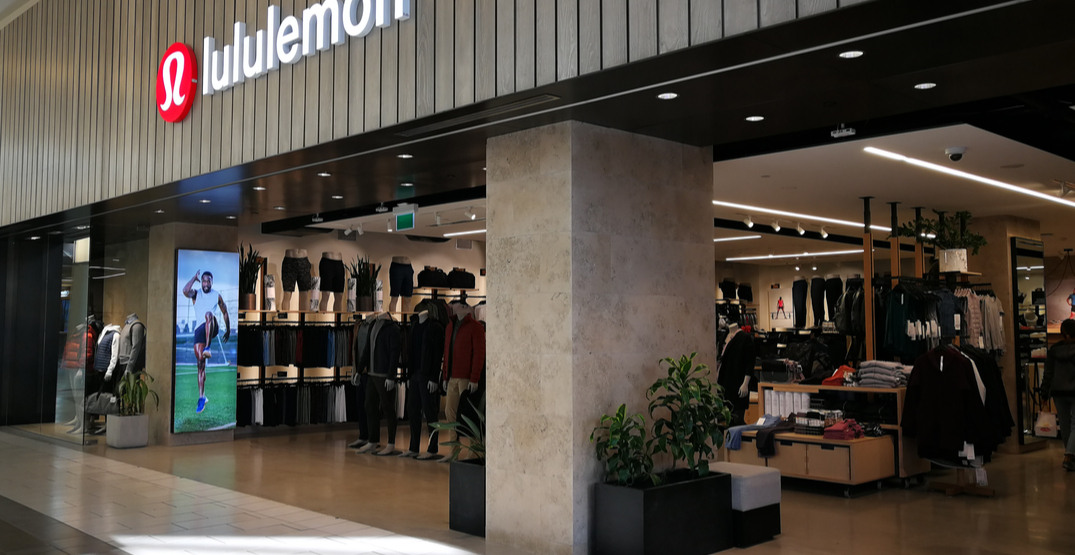 Lululemon at Metropolis at Metrotown in Burnaby. (Shutterstock)

After a successful Vancouver and Canadian expansion, the company set their sights down south with a Santa Monica location in 2003. Today, the company operates 491 stores around the globe, including the United States, Australia, New Zealand, the United Kingdom, Japan, France and more.

Notably, the iconic groove pant has been debunked by the skinny fit “Wunder Under” fit in recent years. The company has also expanded their offerings to include more apparel like jackets, sweaters and swimwear, as well as a men’s line. Lululemon is no doubt the inspiration behind today’s massive athleisure push.

This celebrity-loved clothing brand was born and raised right in Kerrisdale. Founded by Brian Hill in 1984, the women’s wear concept began operating in the back area of his family’s department store, Hills of Kerrisdale. 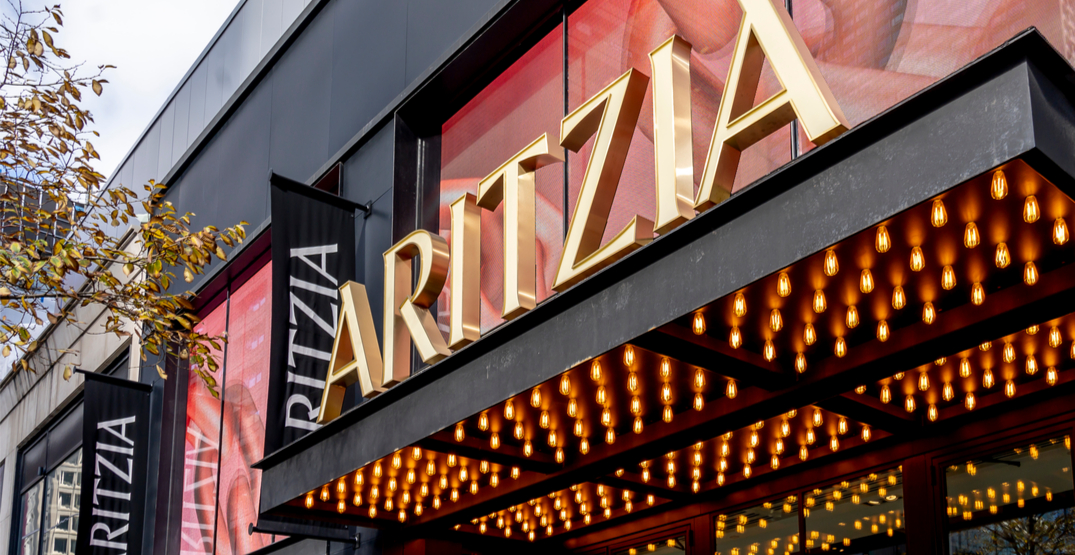 Aritzia opened their first store in Oakridge Center that same year, going on to expand extensively in Vancouver, Toronto and other Canadian cities until setting their sights on the American market. The retailer, which dubs itself “everyday luxury,” opened its first American store at the ritzy Bellevue Square in 2007.

The expansion has been slow and steady in the US, but the company — which is known for everything from their cozy TNA sweatsuits, chic Babaton suits, and edgy Wilfred pieces. In recent years, the brand has garnered the attention of Kendall Jenner, Hailey Baldwin, Eiza Gonzalez and Hilary Duff (who, by the way, was an OG fan from her teen years shooting movies in the Lower Mainland).

Today, Aritzia operates 101 stores in total: 68 in Canada, 33 in the U.S. and a handful of spin-off boutiques for their Wilfred, TNA and Babaton brands. Their coffee shop concept A-OK has also proven to be a success, with shops in Toronto, Burlington, Calgary, and New York.

This hugely successful bag and travel brand is a worldwide success — but people often don’t know Herschel is from Vancouver! Founded in 2009 by brothers Lyndon and Jamie Cormack, the pair set out with one mission: to make backpacks less boring. 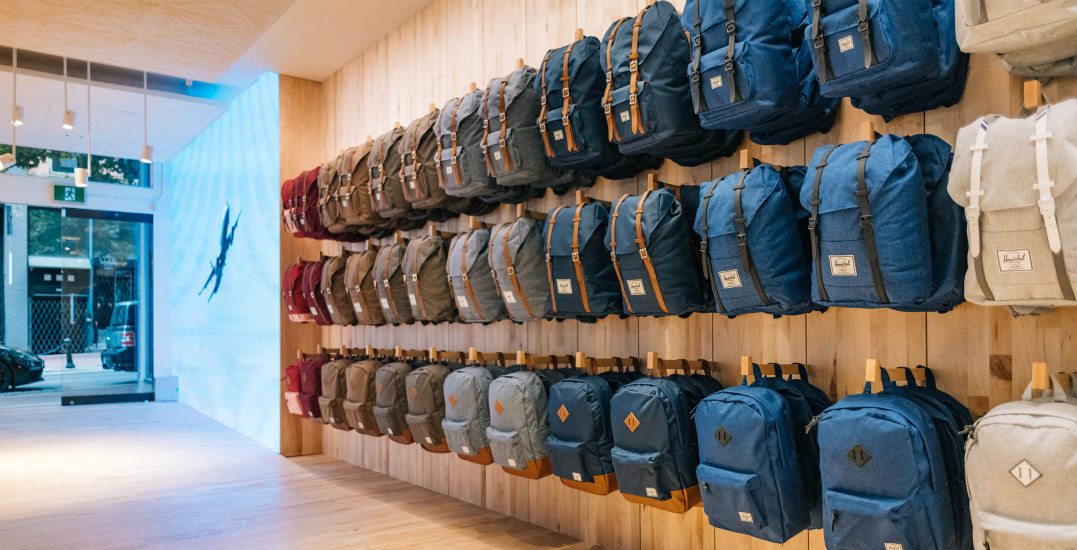 The Herschel name is sentimental to the Calgary-raised duo: Herschel is the name of the Saskatchewan town their great-great-grandparents immigrated to from Scotland back in 1905.

Beyond the classically designed backpacks — which are beloved by kids, teens and adults alike — the brand is also all over Instagram with their sleekly designed suitcases. In recent years, Herschel has also launched full-fledged apparel with hats, jackets, t-shirts and more. A flagship Gastown store cemented their Vancouver roots in 2017, but today, they have 9000 points of distribution in a whopping 90 countries.

Another one for the loungewear category. Founded by mother-daughter duo Teresa and Ashley Freeborn along with friend Mercedes LaPorte, Smash + Tess officially hit the scene in 2016. The brand was conceived to fit women of all shapes and sizes, and above all, be comfortable. 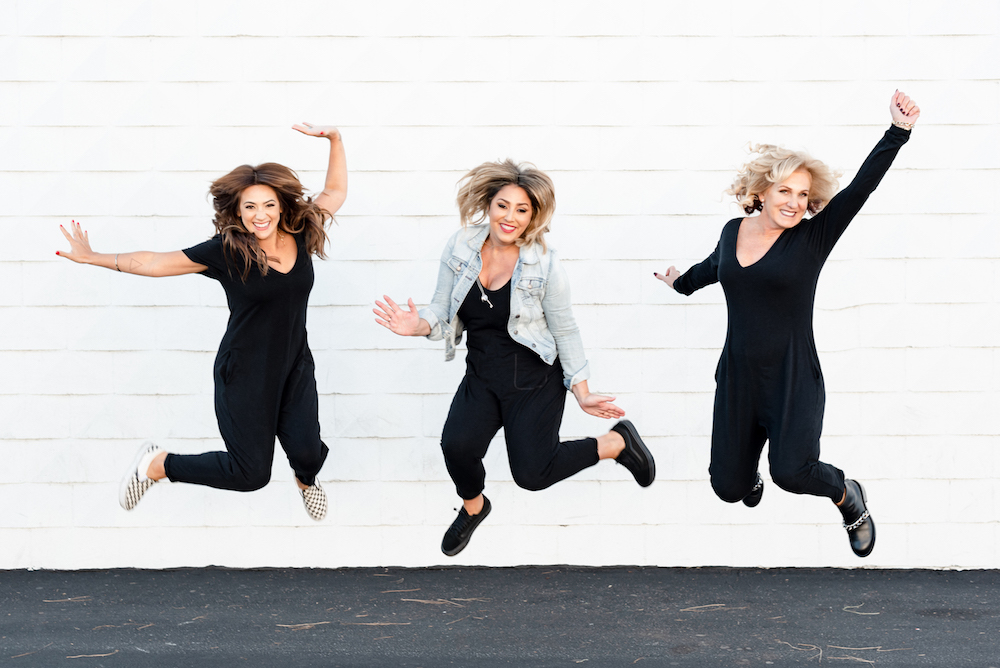 Their wildly popular rompers put them on the map in Vancouver, eventually creating a “romper revolution” on Instagram. The beloved style comes in a short and long versions so they can be enjoyed all year round.

Big name collaborations with celebrities like Bachelorette star Jillian Harris and millennial queen Hilary Duff put the brand on the map even more — including on the pages of Vogue magazine. The apparel company also landed a coveted position on the Globe & Mail‘s list of fastest growing companies — citing a soaring growth of over 4,000% during the pandemic.

Reigning Champ is the vision of founder Craig Atkinson (also the founder of wings+horns), who started the company back in 2007. The collection of premium, high-quality basics, built a slow and steady following in Vancouver — but it wasn’t long before the streetwear brand caught attention elsewhere (David Beckham is a fan). 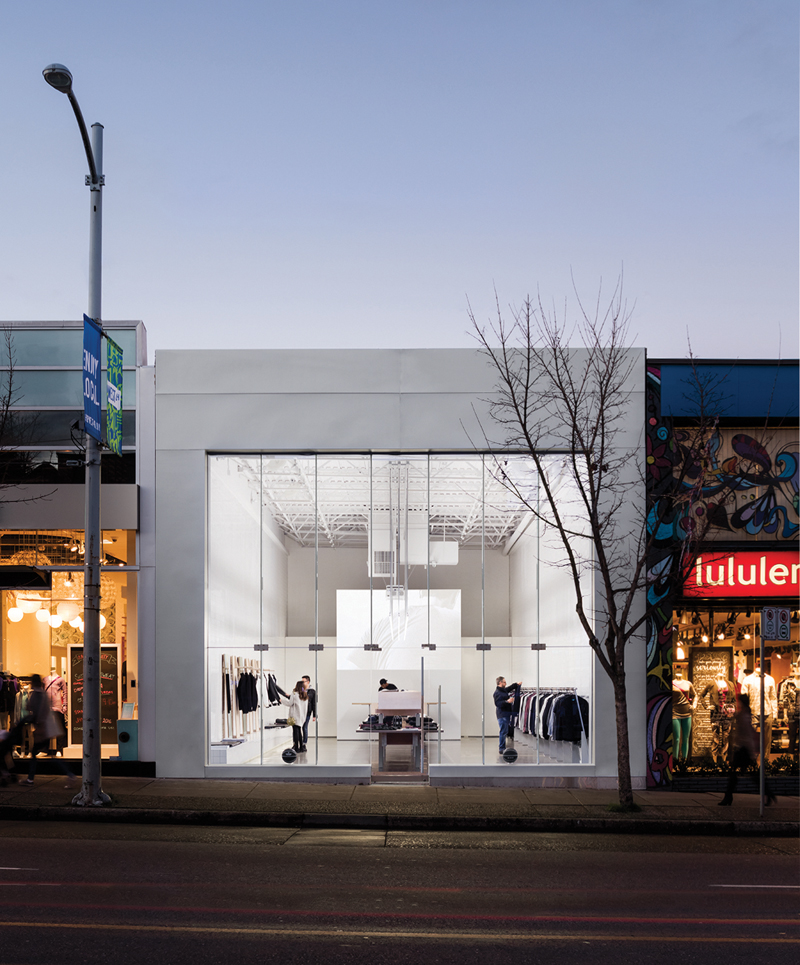 The collection isn’t just designed locally, but also produced at their own cut-and-sew factory. Quality remains of paramount importance to Atkinson, who learned about the world of fabrics after launching a brand in Japan back in the mid-1990s. 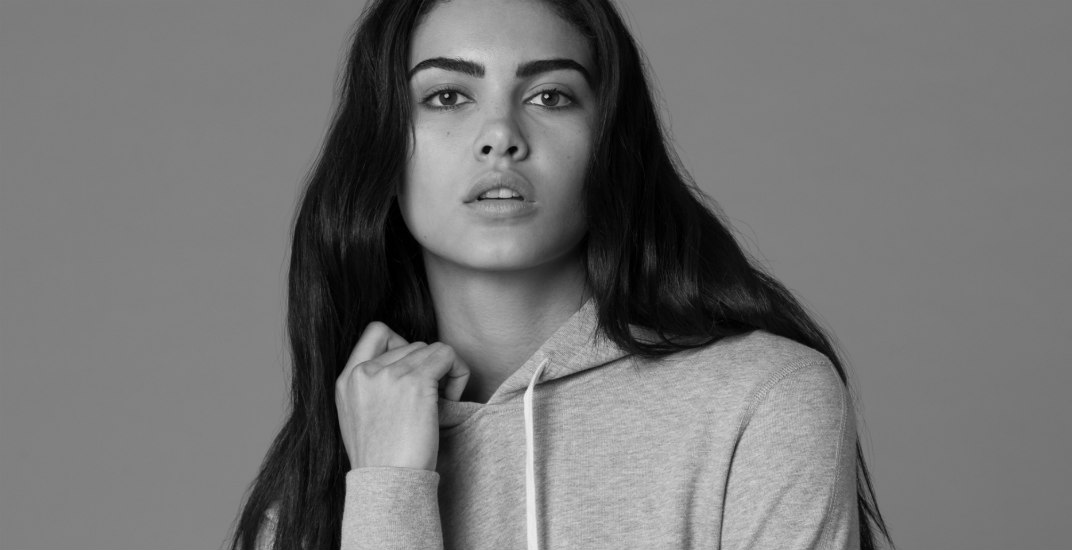 High profile collaborations have elevated Reigning Champ’s exposure: the brand has partnered with other clothing companies like Asics, Converse and Everest, as well as organizations like the NBA and MLB. In June 2021, Reigning Champ was acquired by fellow Vancouver-based company Aritzia for $63 million.

Vancouver’s natural beauty lends itself to plenty of nature activities, so it’s no surprise one of the world’s biggest outdoor apparel brands sprouted up on the North Shore. Technical line Arc’teryx offers all the essentials one could need for everything from skiing, high-performance climbing, hiking and everything in between. 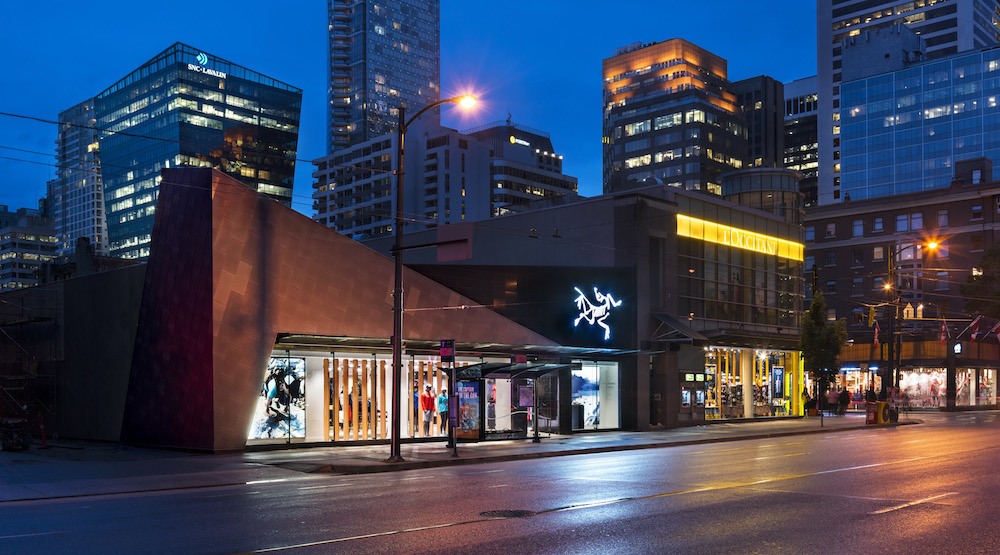 Climber Dave Lane conceptualized the brand in 1989 when he wasn’t happy with what was available on the marketplace. He initially started a company called Rock Solid Manufacturing, before partnering with friend (and another avid climber) Jeremy Guard in 1990. They changed the name Arc’teryx the following year as a nod to the first-known bird Archaeopteryx Lithographica.

Today “Dead Bird” — a nickname for the brand inspired by their iconic fossil logo — operates 80 branded stores, and is available at 3,000 retailers worldwide.

Who says Vancouver can’t dress up? Menswear brand Indochino is about as far away from athleisure as you can get, offering made-to-tailor custom suiting. Founded by University of Victoria alumni Kyle Vucko and Heikal Gani in 2007, the brand was conceived with the belief that a custom wardrobe doesn’t need to break the bank. 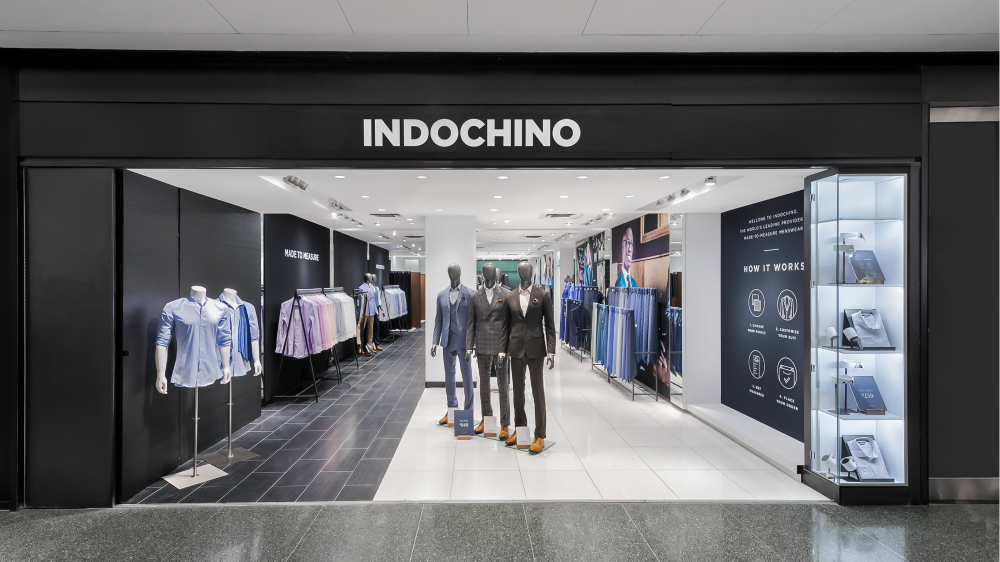 The company grew exponentially after landing a $42 million investment from China-based company Dayang Group. The cash flow took Indochino offline and into the showroom world, where customers can get their measurements taken to place orders in person. Indochino now operates 60 locations across Canada and the United States, continuing to revolutionize the bespoke menswear space. 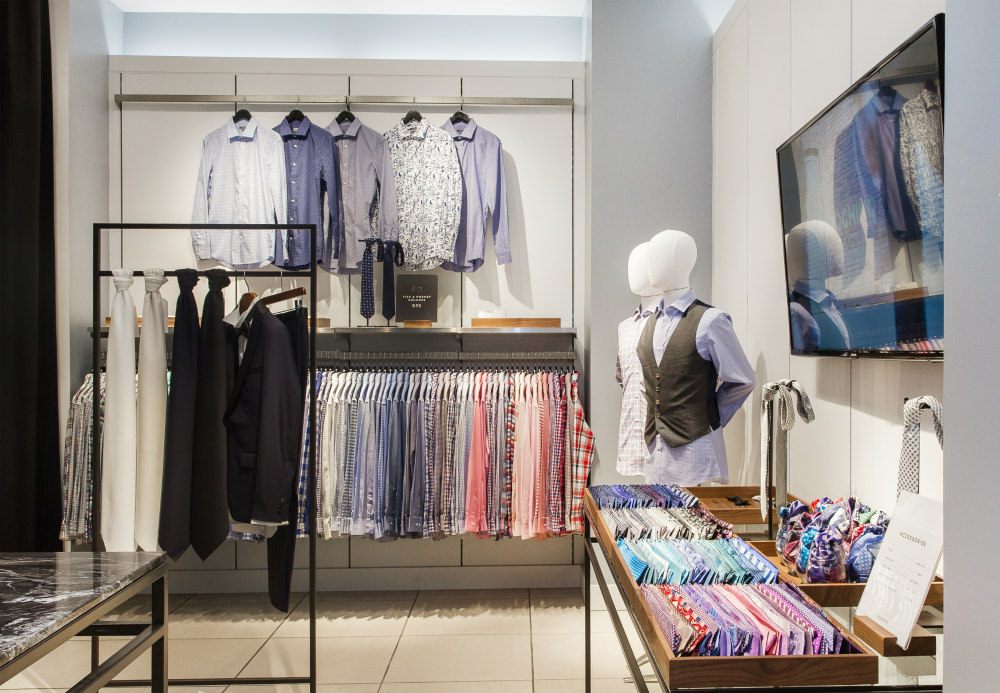 Notably, Gani departed to launch custom yoga mat company Sugarmat in Montreal, while Vucko went on to become the COO of food and cookware company Epicure. The company is now led by CEO and President Drew Green.

Vancouver-based John Fluevog has been an influencer in the fashion industry for 50 years. Launching his eponymous show line in 1970, John is revered for his bold and eccentric designs. Originally a partner in a store called Fox and Fluevog, the legendary designer quickly gained attention for his Victorian-inspired “Pilgrim” style (still a known silhouette). 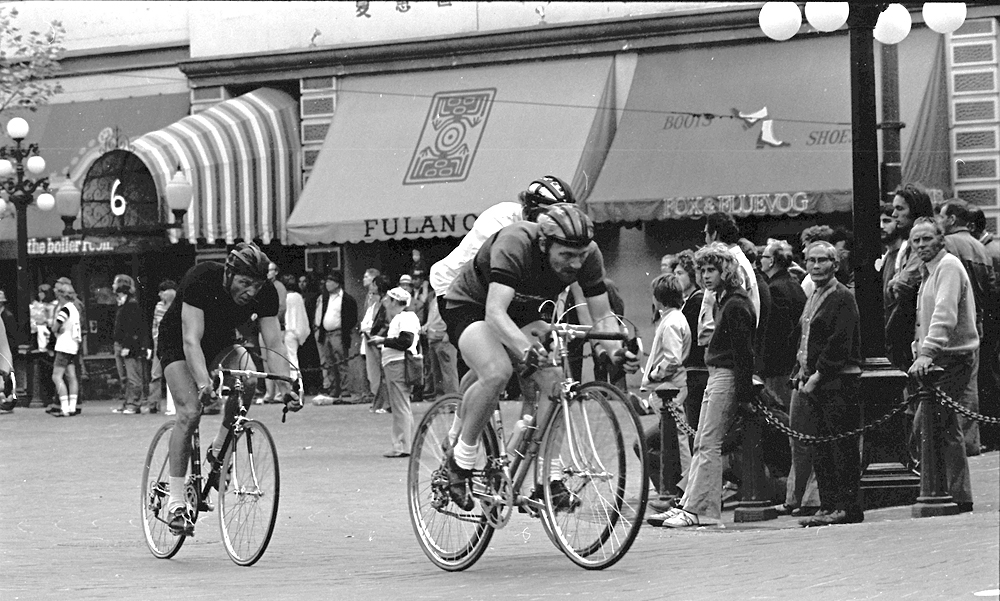 1973: Riders race by the original location of John Fluevog’s shoe store in Gastown, then known as Fox Fluevog.

By the 1980s, John was flying solo and created another signature: his Angel Soles, made from natural latex harvested from the Hevea Tree. After selling his Jaguar to open a second store in ’85, he soon expanded into the US with locations in Seattle, Boston, and even the UK Madonna helped elevate the brand even more into the ’90s, sporting the black Munsters platforms in the controversial film Truth or Dare. 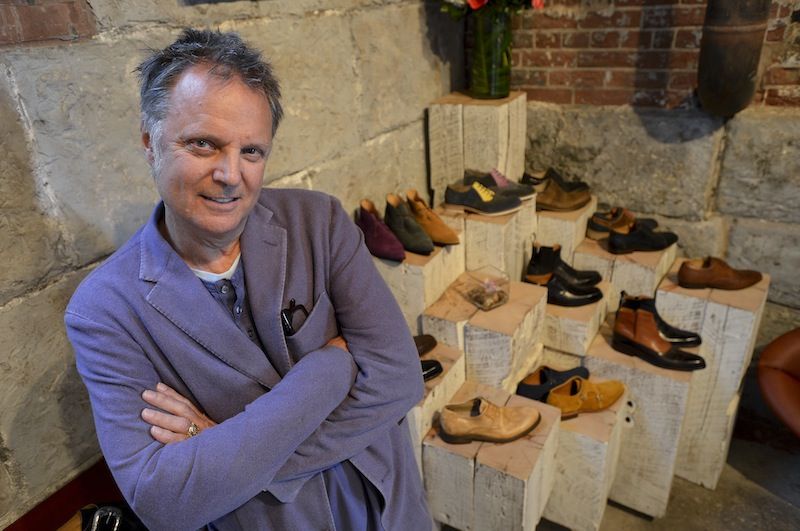 John Fluevog is seen in his Toronto store.

Now 73, John remains just as relevant than ever with 26 stand alone stores in spots like Melbourne, Denver, New Orleans, and New York. Our own Provincial Health Officer Dr. Bonnie Henry is such a big fan, she even got a pair of shoes designed and named for her.