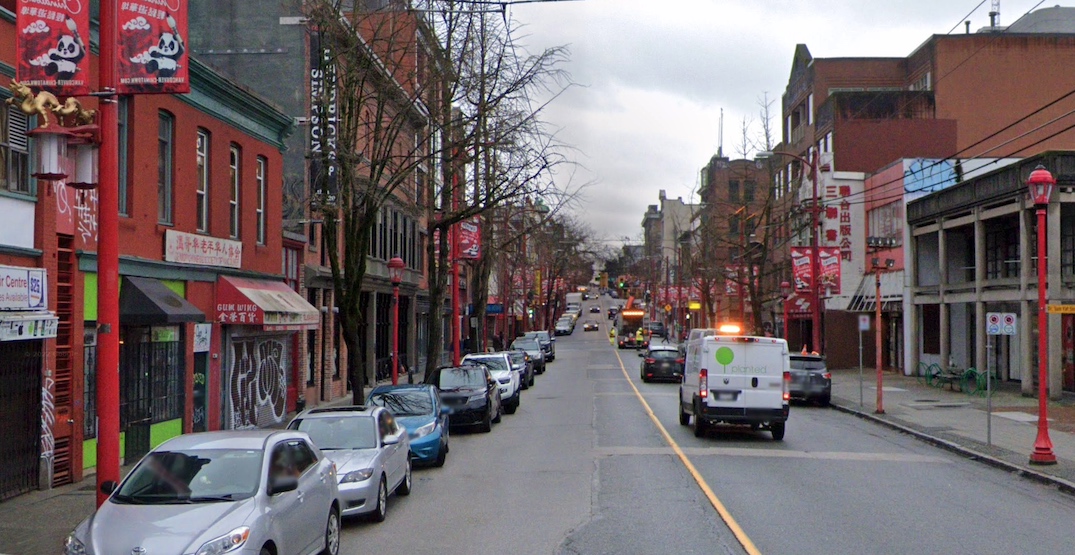 Business and community leaders in Vancouver’s Chinatown painted a grim picture of the state of the historic district last week and implored the Vancouver Police Department (VPD) to dedicate more of its resources towards the area.

“We have issues with safety and security, anti-Asian racism, social disorder, and the garbage and graffiti,” said Jordan Eng, the president of the Chinatown Business Improvement Association, during the VPD board’s open meeting last week.

“Our community leaders are telling us Chinatown is under siege, and health and safety are the most important issues facing Chinatown. Safety and security above all considerations is the driver of economic revitalization of the neighbourhood. In a few years, Chinatown will be taken over by the Downtown Eastside and the drug dealers.”

Carol Lee, the chair of the Vancouver Chinatown Foundation, also described how business owners and workers were fearful of coming to work in Chinatown and how conditions in the area had greatly deteriorated as a result of the pandemic.

The effort to repair the onslaught of vandalism can cost thousands of dollars per incident, but it makes a reappearance soon after the repairs.

Eng cycled through examples of property damage plaguing the district.

For instance, the not-for-profit Chinese Cultural Centre in the heart of Chinatown has been besieged by daily vandalism — not just broken windows, graffiti, theft, and dumps of garbage, but needles pushed through doors or partially protruding to injure an unsuspecting passerby, fire exit doors tied shut with rope from the outside, and attempts to set fire to their buildings. These malicious acts have escalated in frequency over the past five years.

There have also been numerous instances of individuals defecating at the front doors of the cultural centre, which Eng says is not a matter of not having enough public washrooms in the neighbourhood.

In the past, Chinese-operated businesses and organizations in Chinatown assert that their businesses are far more likely to be vandalized than non-Chinese entities.

“Several years back, I would say, what is the measure of safety in our community? If I could take my grandma and have her walk down the street by herself, that’d be the level of safety. Today, I would say, if Carol and myself were to walk down those streets without looking over our shoulder, and feeling unsafe,” continued Eng.

“This has been a real problem to us in the community. My concern is that what is happening in the street is driving away good businesses, and taking away from the vibrancy of the neighbourhood that we have… This neighbourhood is too valuable to lose.”

In 2021, Eng says, the BIA spent half of its annual budget on supplemental security for Chinatown — about $240,000. Out of dozens of BIAs across Vancouver, Chinatown BIA is the only one that spends such a high proportion of its budget on security.

“Other BIAs are talking about what types of flowers they’d like to hang on their lamp posts,” he added, describing the unique issues the BIA is attempting to mitigate in their jurisdiction.

Both leaders expressed appreciation for the work the VPD has been doing in the area, but they made a plea for more resources and tactics, including more foot patrol and increased police presence, more criminal charges and the creation of a “bubble zone” around Chinatown for repeat offenders, and crime prevention tools and merchant engagement.

VPD chief constable Adam Palmer agreed there is an urgency to address the issues, noting that many of the incidents in Chinatown are not reported to police due to their frequency, and as a result they are not included in official crime statistics.

A temporary overdose prevention site that opened at a parking lot at 99 West Pender Street on the eastern edge of Chinatown is set to shutter, as its lease is set to expire at the end of March. It will be relocated to 141 East Hastings Street — just west of Main Street, next to the closed Balmoral Hotel, and north of Chinatown.