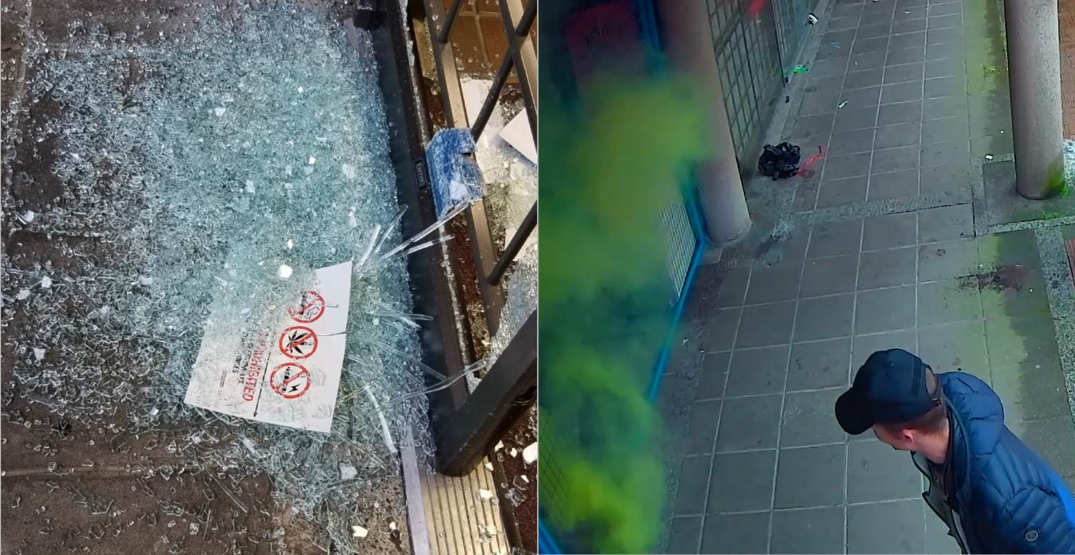 As police investigate a recent rash of graffiti in Vancouver’s Downtown Eastside, one institution says that the problem is far larger.

Bill Kwok, Board Vice-Chair and Treasurer of the Chinese Cultural Centre (CCC), told Daily Hive that “vandalism at the Cultural Centre is not new, it has become more frequent over the last five years.”

“Some days we have a number of vandalisms in one day. It is unusual when there is no vandalism.”

Initially, Daily Hive was looking into a report of a broken window at the CCC on January 17. Now, the organization says that was just the tip of the iceberg.

The CCC devotes itself to preserving Chinese cultural heritage and introducing it to younger generations by promoting friendship and understanding between Chinese Canadians and the wider community.

They offer a range of programs that includes a language school and Tai-chi classes while helping to organize art and cultural events and projects.

Right before the pandemic, attendance dropped nearly in half to the Chinese language and cultural programs available each week. Most students’ parents cited safety as the reason for withdrawing.

“Our school principal arrived at the centre 30 minutes prior to the start of class to pick up refuse and needles prior to students’ arrival,” said Kwok.

“Broken glass is only a small part of vandalism that we experience.

“We experience graffiti, used needles pushed through our doors or partially protruding from statues hoping to catch unsuspecting passerby.” 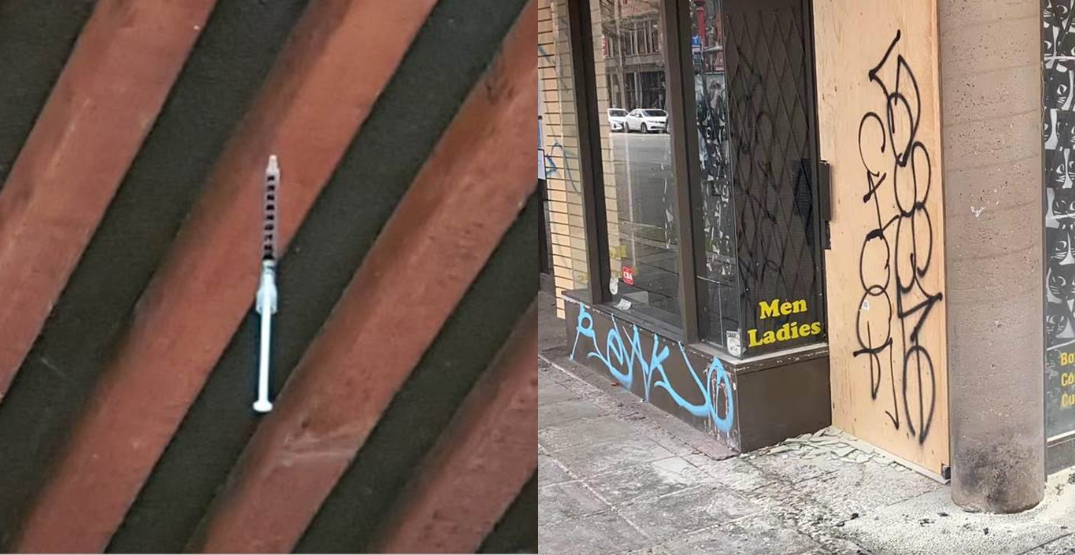 “We had our administration building door tied shut with a rope – if there was a fire and staff and visitors are inside, this could have been catastrophic,” Kwok added. “We have feces and urine at our entrances and along our walls. 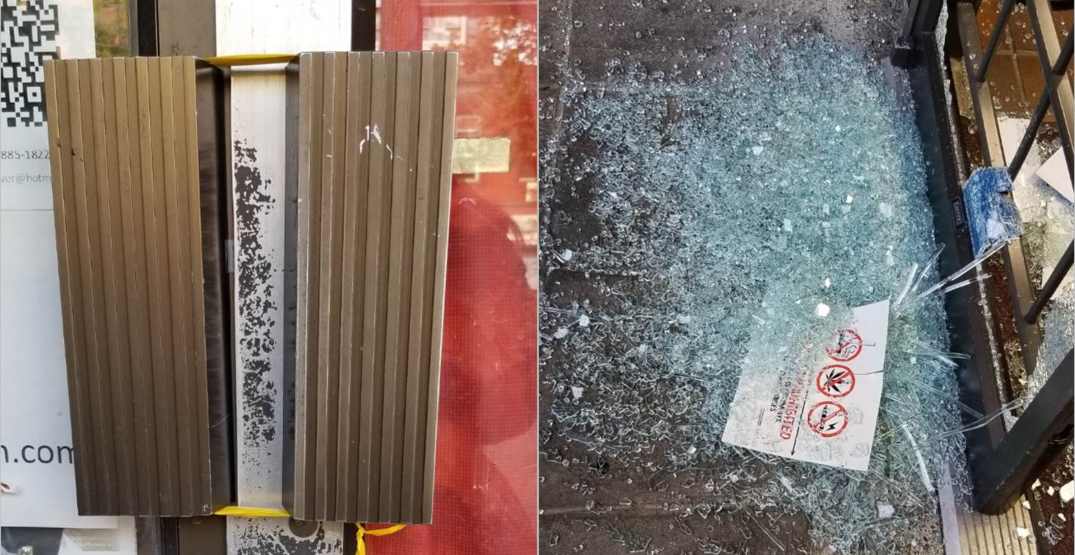 “We also experienced frequent break-ins, thefts, paving stones stolen and sometimes used to break our doors and windows. Garbage was dumped in our courtyard and doorways. 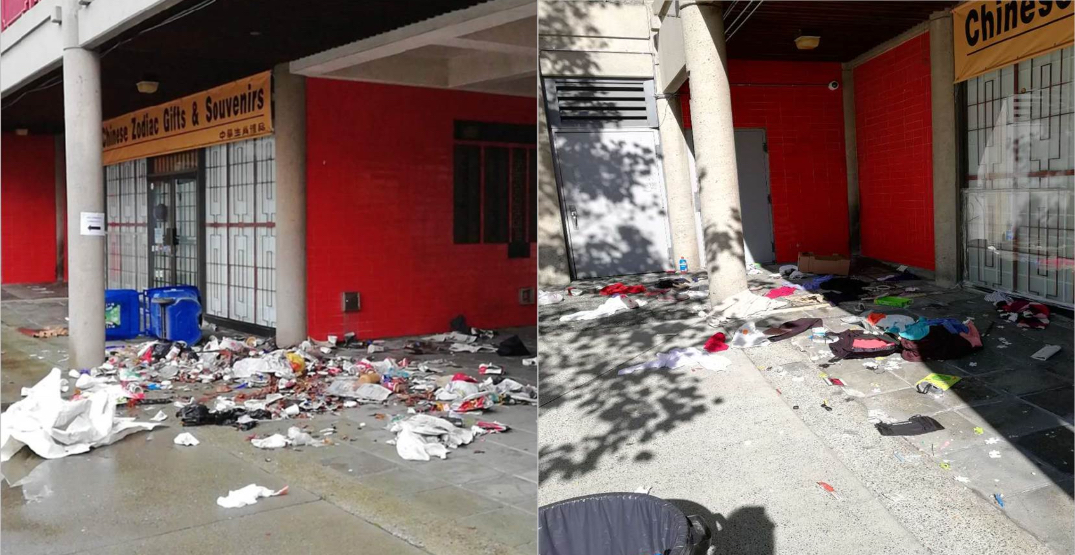 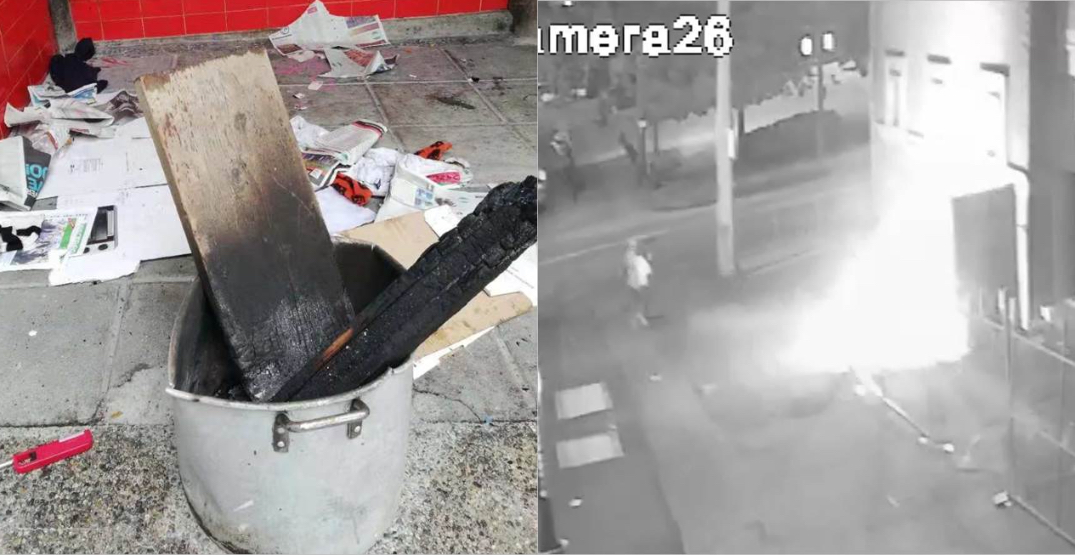 Costs that cover expenses like broken windows and protective fencing at the CCC run in the tens of thousands of dollars – money that could be used towards its programs.

Now, the CCC says they are subsidizing rent for the Chinatown Community Policing Centre. It’s hoped that by re-locating nearby, the policing centre’s presence might help deter crime.

“We found that working directly with the Vancouver Police and City senior staff has yielded the most attention and improvements to Chinatown in recent months,” Kowk said.

“In the last year, we noticed some minor improvements but still a long way from where local and out of town visitors will feel safe in Chinatown.

“By our community coming together and working together, we hope to address the many public safety and public cleanliness concerns.”

When asked about vandalism at the Chinese Cultural Centre, the City of Vancouver shared a statement with Daily Hive, outlining the work that’s been done in Chinatown so far while also saying that more needs to be done.

“Vancouver’s Chinatown has served as a symbol of how Chinese-Canadians and other minorities overcame hardships and discrimination together, and in the process, helped make the city a more just society.”

“The City recognizes Chinatown is an important part of Vancouver’s cultural identity and is committed to revitalizing the area so its legacy can be accessed and enjoyed by future generations.”

“In 2020, the City worked with the community to identify a list of priorities for the area including the installation of new garbage bins, benches, wayfinding signage, portable and/or permanent washrooms, etc. as part of revitalization efforts.”

“In 2021 and 2022, Council committed more resources to expand cleaning to a number of priority areas, including Chinatown. The expansion in Chinatown included the installation of new higher-capacity litter cans, additional micro-cleaning and a new feces collection pilot provided by non-profit organizations under the City’s Street Cleaning Grant Program.”

“In addition, the City increased Sanitation services, including flushing, sweeping, abandoned garbage collection, litter can collection and a new enhanced daytime cleaning team working on a rotational basis through out the priority areas.”

“The City continues to be engaged in this work and recognizes more work still needs to be done to revitalize Chinatown including developing washroom strategies to ensure all residents can access safe and hygienic washrooms. “