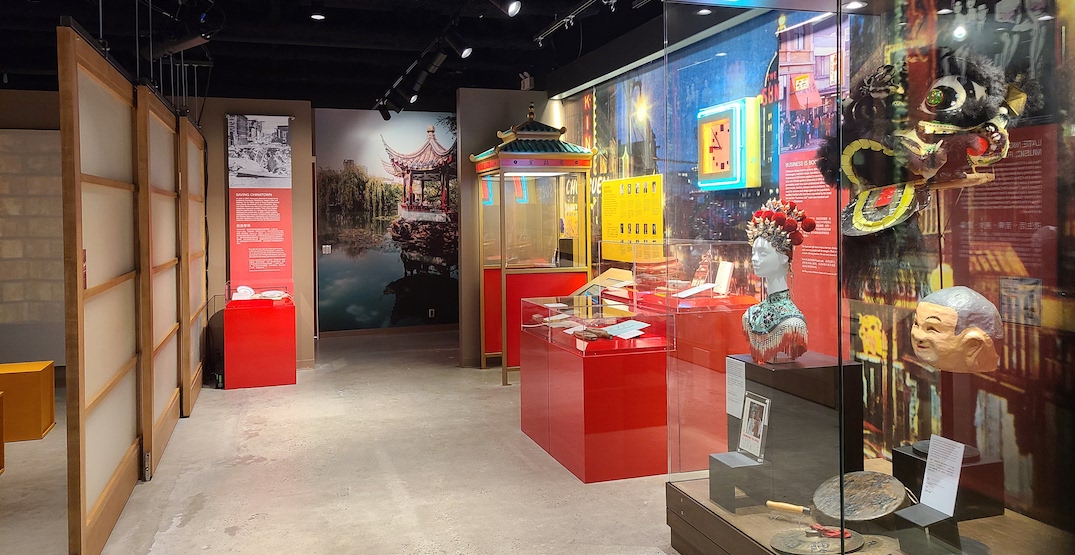 What did Vancouver’s Chinatown look like during its heyday? What was everyday life like for early Chinese Canadians? What contributions did previous generations of Chinese immigrants make to Canadian society, and are their legacies still apparent to this day?

Over time, some of these stories, key for delineating the profound footprint made by Chinese Canadians in British Columbia, have faded from the public discourse. It does not help that the community’s senior population has been shrinking, and Vancouver’s Chinatown is now merely a shadow of its former self.

With the opening of the Chinatown Storytelling Centre (CSC) at 168 East Pender Street in the core of Chinatown this weekend, there is now a permanent home to preserve and share these stories.

Years in the making, it is one of the flagship projects of the Vancouver Chinatown Foundation, a not-for-profit organization that formed in 2011 with an aim to reinject life into the historic district.

In 2017, the organization acquired the two-storey former Bank of Montreal (BMO) branch for the establishment of the Storytelling Centre. The 4,000 sq ft cultural centre spans the ground level of the building, while the second level is used as office space for the foundation’s economic development work in the district. 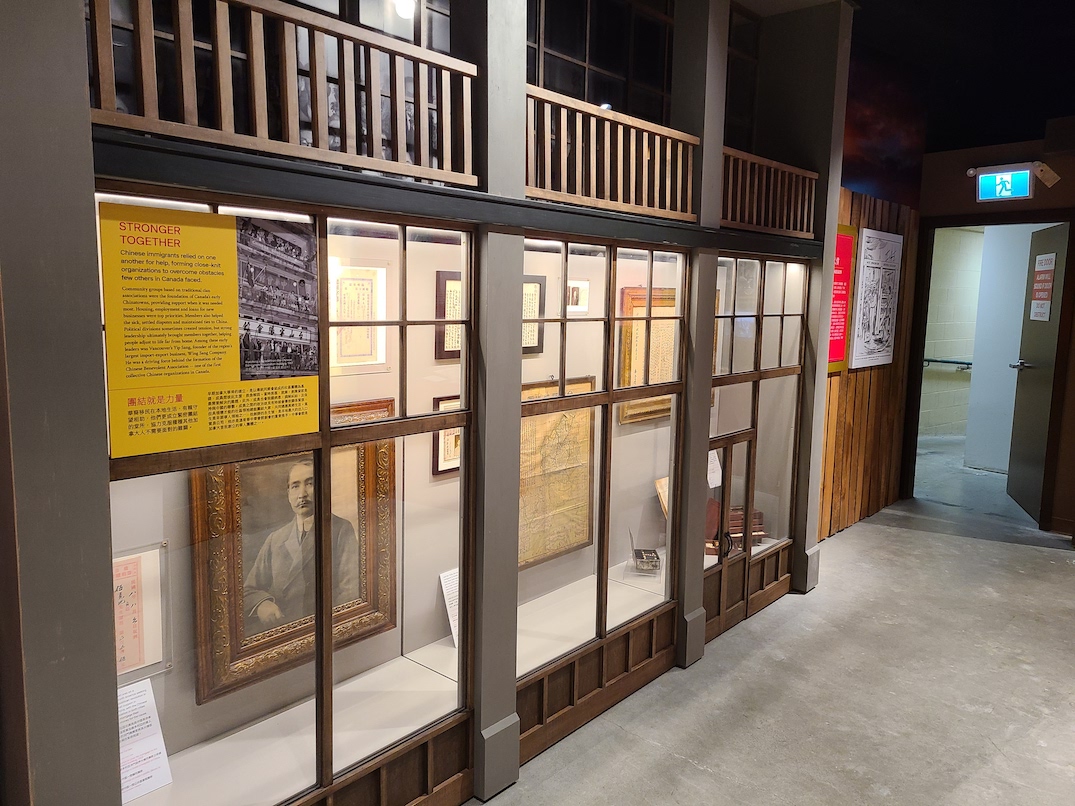 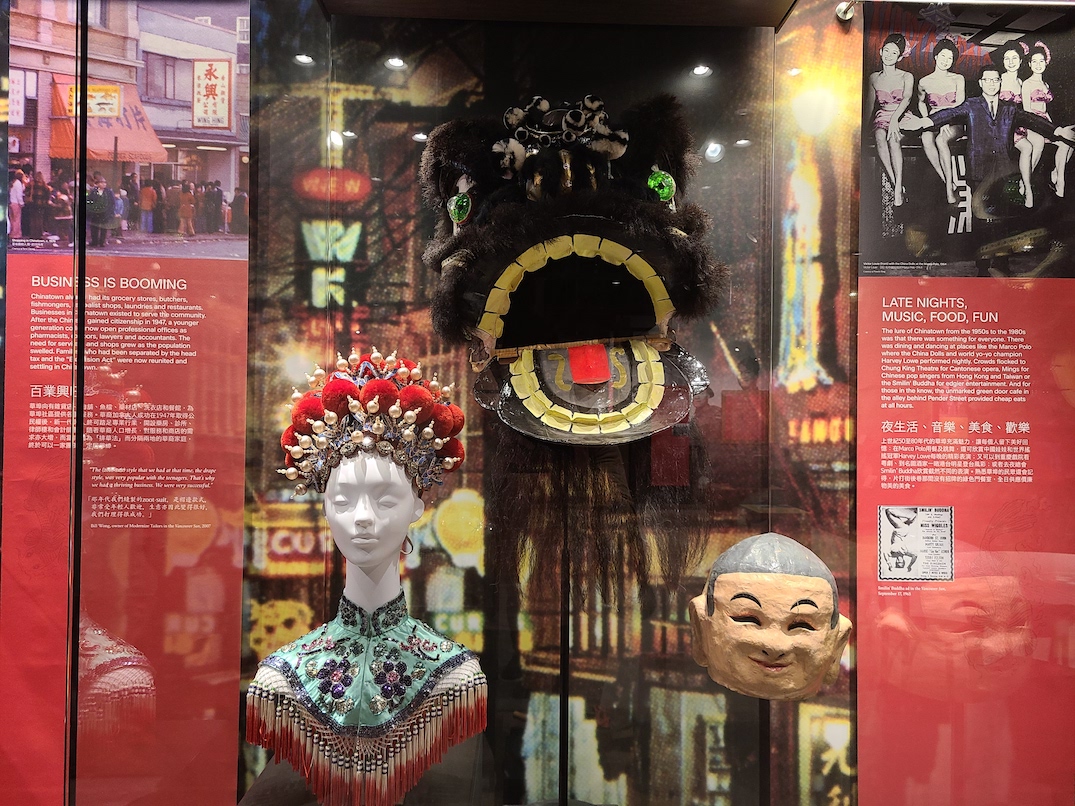 While it has museum-like qualities, its curators and operators have shied away from calling it a museum, instead deeming its concept as a cultural and educational centre, and community hub.

“‘Storytelling’ reflects the kind of experience we want to have in here, it is very accessible. Even for me, museums always seem to imply you need some kind of higher knowledge,” said Carol Lee, a philanthropist, entrepreneur, and the board chair for the Vancouver Chinatown Foundation, during a pre-opening tour last week. She noted that it was important for her team to make this an immersive and interactive place that kids would also like.

Stations that wrap around the walls unravel the stories through photos, artefacts, and descriptive panels in English and Chinese. Each station also comes with large touch screens that enable visitors to learn through audio and visual mediums.

A room replicates the 1906-opened Chinatown photography studio of Yucho Chow, where visitors can find a number of his original photos and an opportunity to create their own digital postcard.

There is also a Chinese-inspired pagoda phone booth, modelled after the phone booths that were once found in Chinatown and Strathcona. Visitors can step into the booth, dial a number, and listen to personal stories about Chinatown in English and Cantonese.

Digital projection is used to reproduce the dinner setting of a family outing at a traditional restaurant in Chinatown. 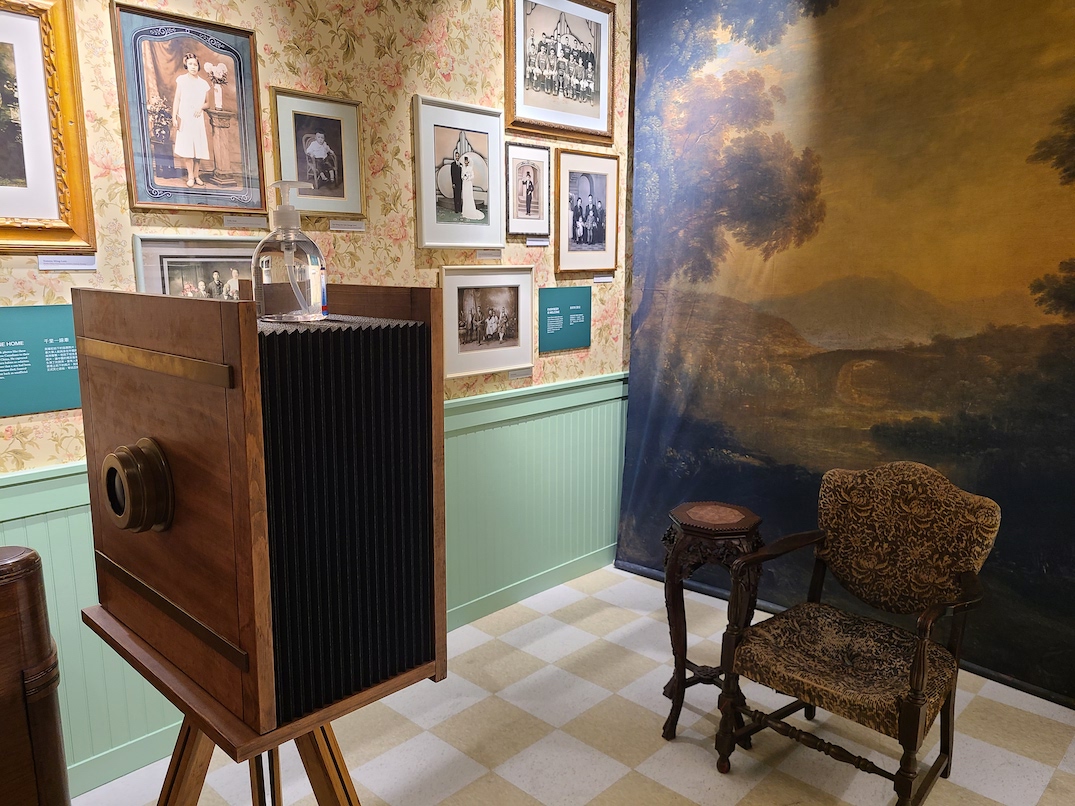 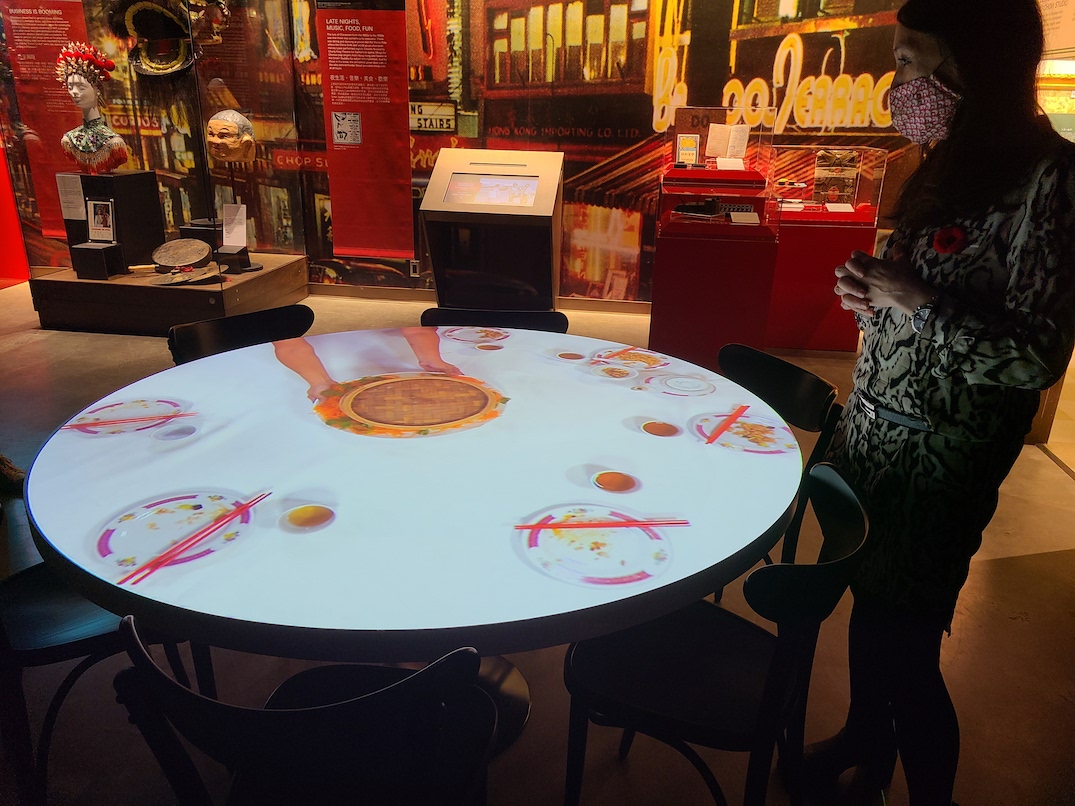 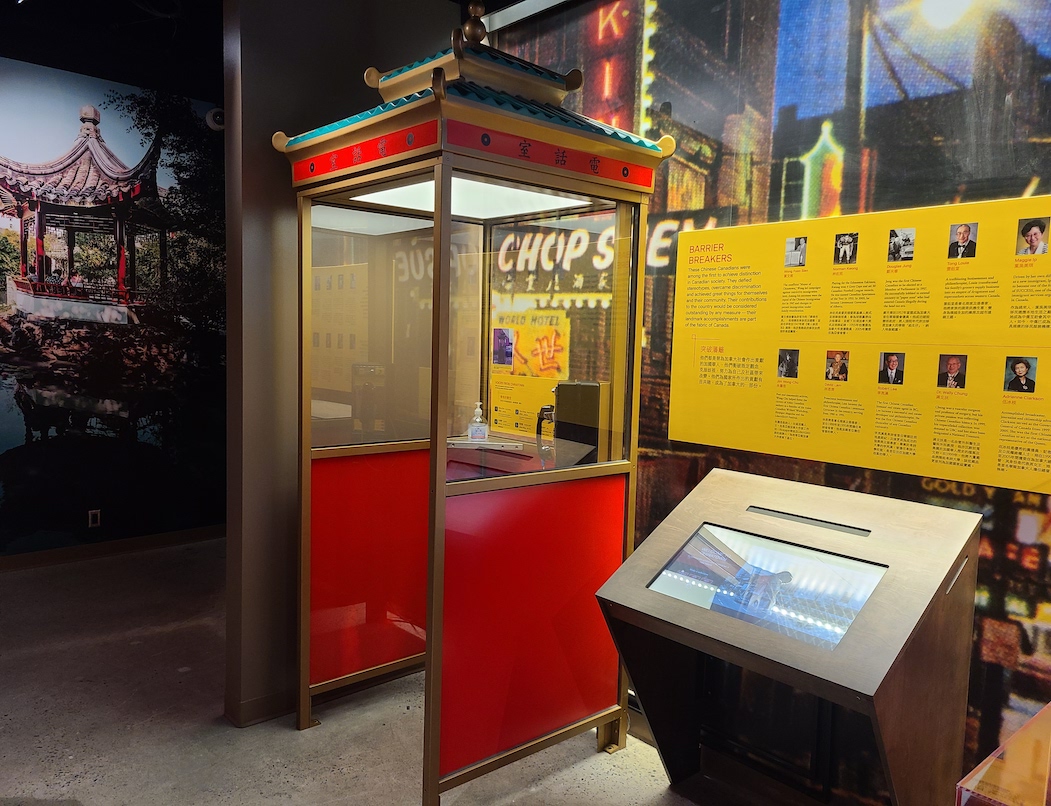 A theatre space within the centre of the gallery projects Chinese Canadian voices and their stories, and provides the capability to feature archival films, in-house productions, and short films.

And there is even augmented reality to add a virtual digital layer to this space; with a free app, visitors can use their smartphone screens to experience the sights and sounds of Chinatown, peek into Yucho Chow’s studio, and the vibrant neon storefronts of the district.

Through audio and visual form in a digital album, a station also highlights the stories and legacies of 150 resilient Chinese Canadians who broke barriers and made big waves in Canadian society, including individuals who found entrepreneurial success in the latter half of the 20th century during the boom times of Chinatown — after Chinese Canadians gained equal citizen and immigration status.

Lee comes from an early Chinese Canadian descent that made quite a mark in BC. Her grandfather opened one of Chinatown’s earliest businesses, while her late father, Robert H. Lee, founded a major real estate firm and was a former chancellor of the University of British Columbia.

The stations, exhibits, and immersive and interactive elements begin with the overarching narrative by telling the stories of the earliest Chinese Canadians who came to BC during the gold rush of the 1800s, and then built the Canadian Pacific Railway under highly abusive and harsh conditions. After the railway reached completion in 1885, the promise of being provided with a way to get home to British Hong Kong and China did not materialize.

These early pioneers had nowhere else to go, and eventually ended up in the area that became Chinatown — at the edge of a swamp, known as the False Creek Flats. By the early 20th century, Chinatown became a place of support for all of these unwanted people. 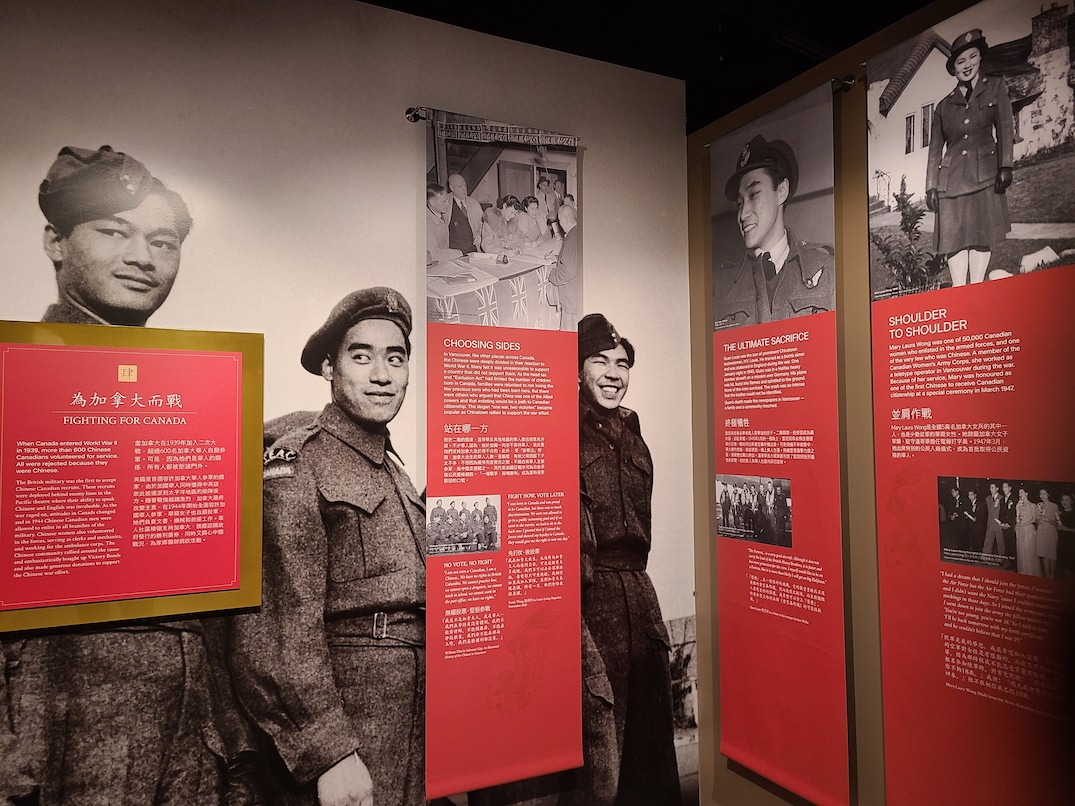 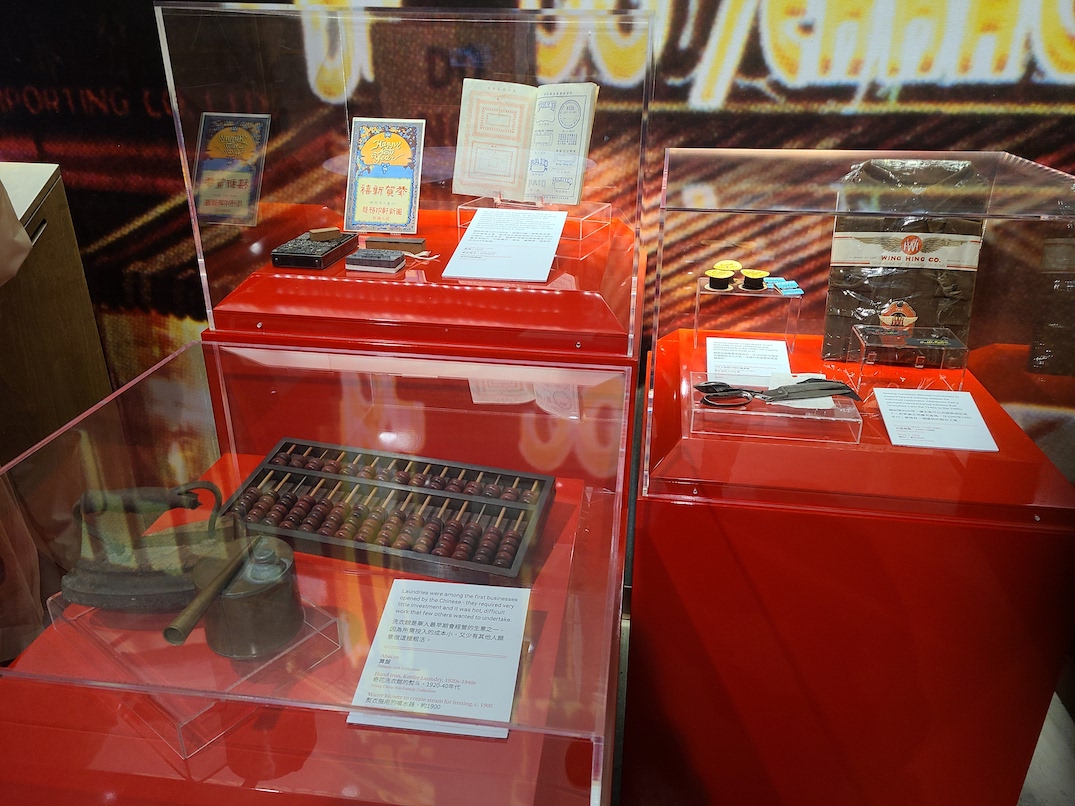 These stories then transition to the prolonged era of the discriminatory Chinese Head Tax, with a spotlight on the contributions of Chinese Canadians in the Second World War — even though they were individuals who were uniquely not considered citizens, did not have the right to vote, and were discriminated against in everyday life by broader society.

“Sometimes it’s interesting to think how little recognition these pioneers who changed the trajectory of our province got recognized for even the story even told. We owe so much to these pioneers,” said Lee.

“Chinatown is important because it is the physical legacy of all of this struggle and sacrifice. For me, it is important as a community that we should want to and try our very best to revitalize it, claim it, and have people understand the story of how it came to be in the first place,” she said.

But Chinatown and its businesses and cultural organizations have been facing the onslaught of social issues stemming from the Downtown Eastside. This has been a setback to some of the pre-pandemic gains achieved by the foundation and various other organizations that represent the district’s cultural and heritage interests. Next to the CSC, for instance, the Chinatown House community hub, opened in 2018, recently permanently closed due to deteriorating safety issues in the area.

The opening of the CSC also comes at a time when anti-Asian racism has reached a new contemporary high as a result of the pandemic. According to a Vancouver Police Department bulletin earlier this year, there was a 717% year-over-year increase in anti-Asian hate crimes in the city, and the Center for the Study of Hate and Extremism at California State University found that Vancouver had the highest number of anti-Asian hate crimes in North America in 2020 based on the statistics.

But Lee says racist attitudes towards Asians have been brewing for years now, with recent Chinese immigrants blamed for skyrocketing housing costs.

“It’s not like they just came here over the past few decades because of the real estate market. No, actually, they helped built this country. There has to be an appreciation that this story is magnificent, and it is a key part of our Canadian history,” she added.

To complement the permanent and rotating exhibits, they are currently working on creative public programming, such as workshops, speaker series, and ongoing dialogues on a range of topics. The space is also designed for flexible uses for private events and functions.

Lee notes that there are longer term plans to transform the building’s basement for support space to accommodate school field trips, such as a classroom and lunchroom space. 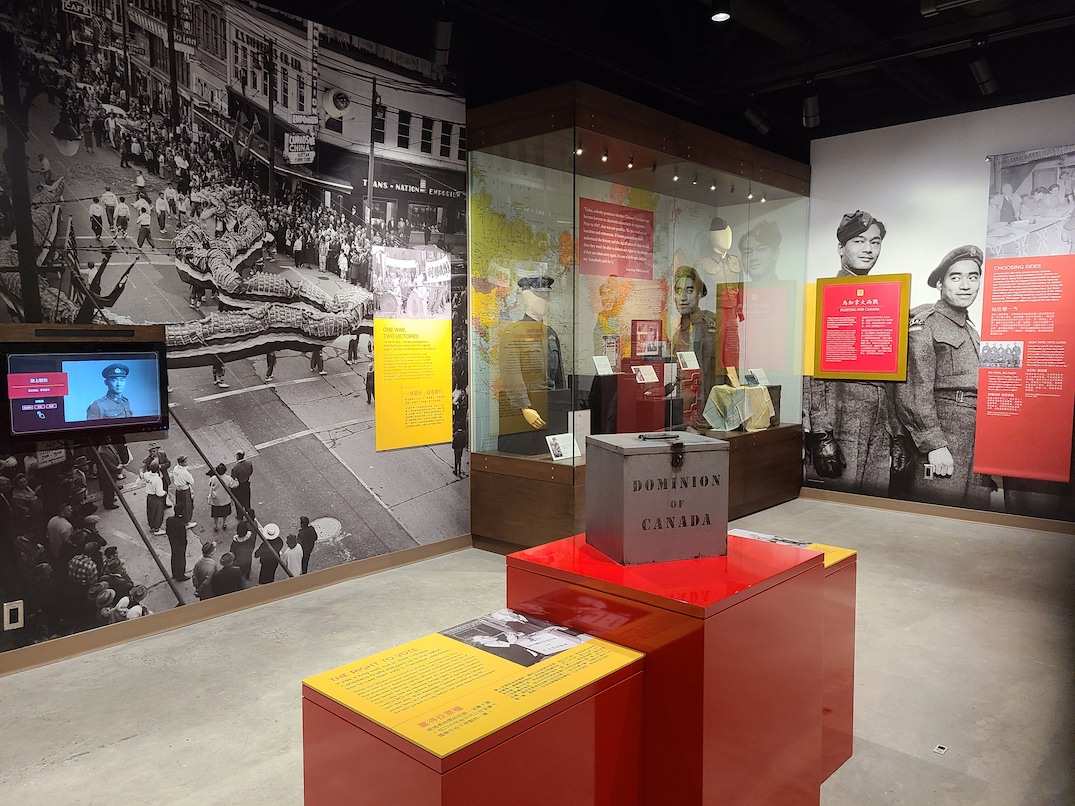 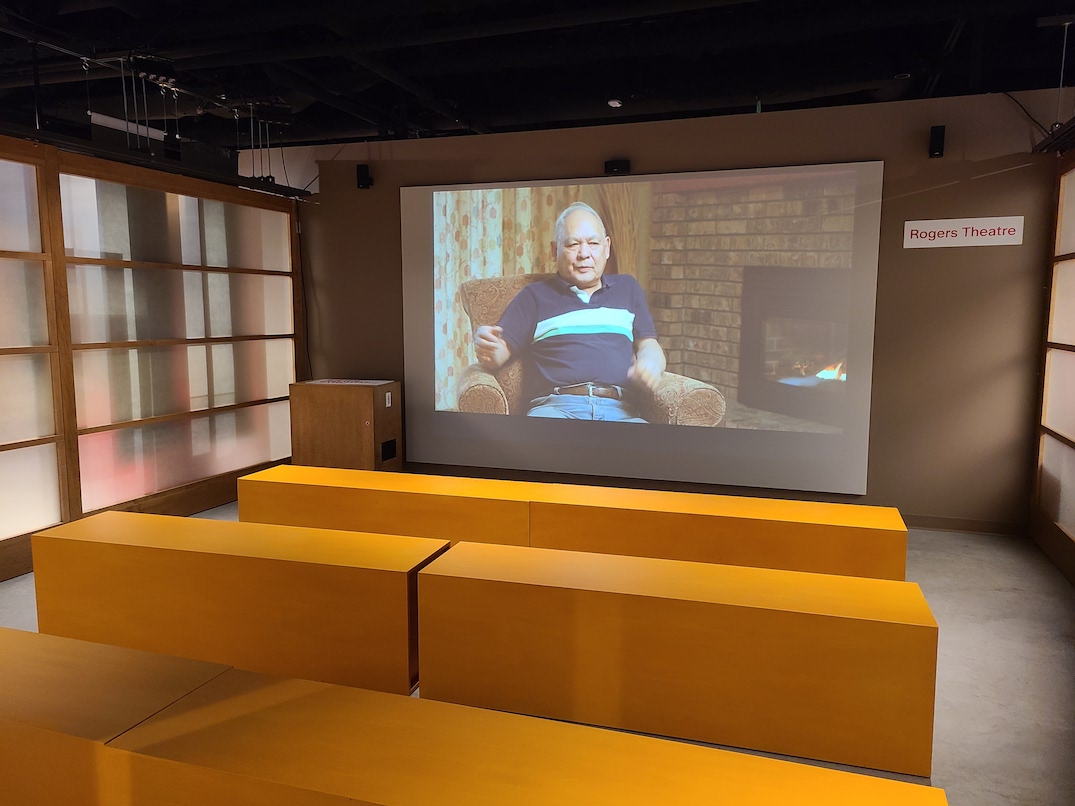 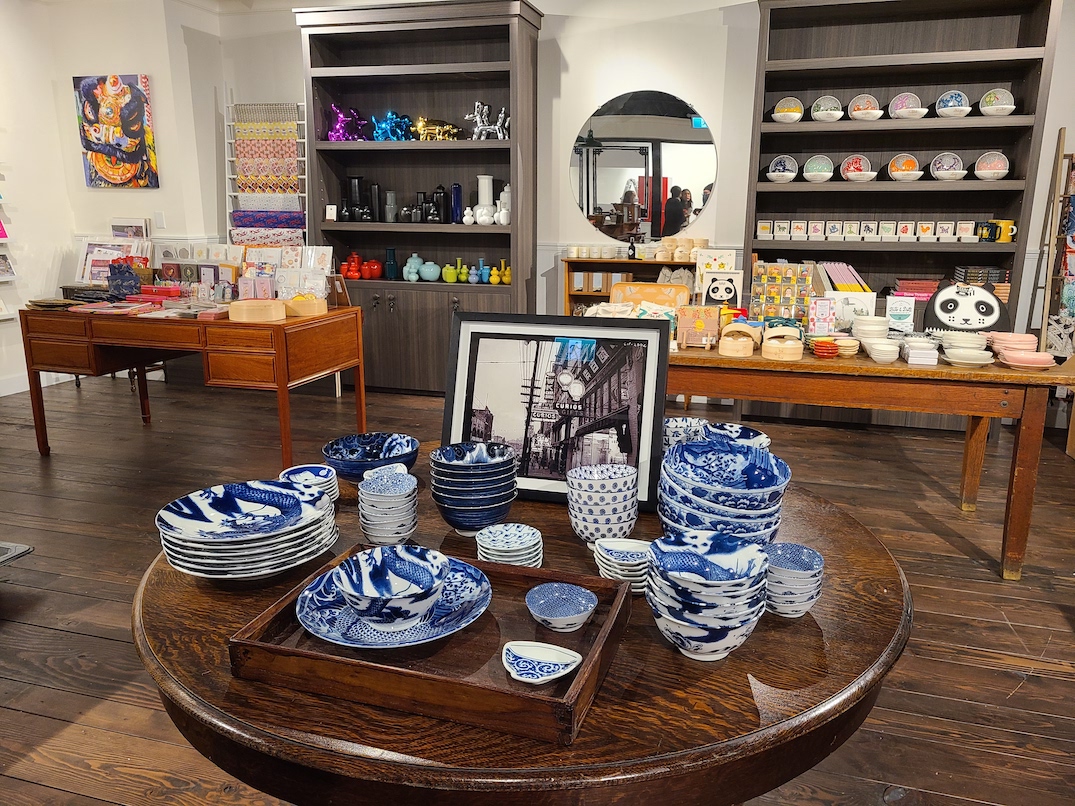 Chinatown Storytelling Centre’s initial opening hours are 10 am to 5 pm between Thursdays and Mondays only. Admission tickets are $12 for adults, $10 for students and seniors, $8 for youth (12 to 17 years), and free for children 11 years old and under.

The cultural centre’s storefront area is used as a gift shop, named Foo Hung Curios — after the same namesake 1921-opened Chinatown import/export business by Bick Lee. It features a unique selection of home goods, stationery, and art and jewellery.

The CSC is just one of Lee’s projects within the 100 block of East Pender.

Through the foundation, Chinatown Vintage just across the street at 131 East Pender Street sells used clothing and merchandise, with all profits going towards its efforts to revitalize Chinatown. The foundation’s main offices are also located on this block.

Separate from the foundation, Lee also personally pursued the establishment of the Chinatown BBQ restaurant in 2017, which quickly became a popular destination for traditional Cantonese cuisine within a retro setting. Down at the western end of the block, Lee is eying the rebirth of Foo’s Ho Ho restaurant at 100 East Pender Street. As well, Lee is known for her skincare company Linacare, which is headquartered on this block.

Beyond the immediate area, the foundation is also spearheading the construction of the largest social housing project ever to be built in the Downtown Eastside.

It is turning the large vacant lot at 58 West Hastings Street — about two blocks west of the CSC — into a 10-storey building with 231 affordable rental homes, including 120 supportive housing units, as well as a 48,500 sq ft integrated neighbourhood health centre operated by Vancouver Coastal Health within the building’s first two levels. United Chinese Community Enrichment Services Society (SUCCESS) will operate the housing and select residents.

The federal and provincial governments have committed a combined $79 million through various funding sources, while the the foundation is providing $30 million through fundraising. Construction began earlier this year, with full completion anticipated by late 2023 or early 2024. 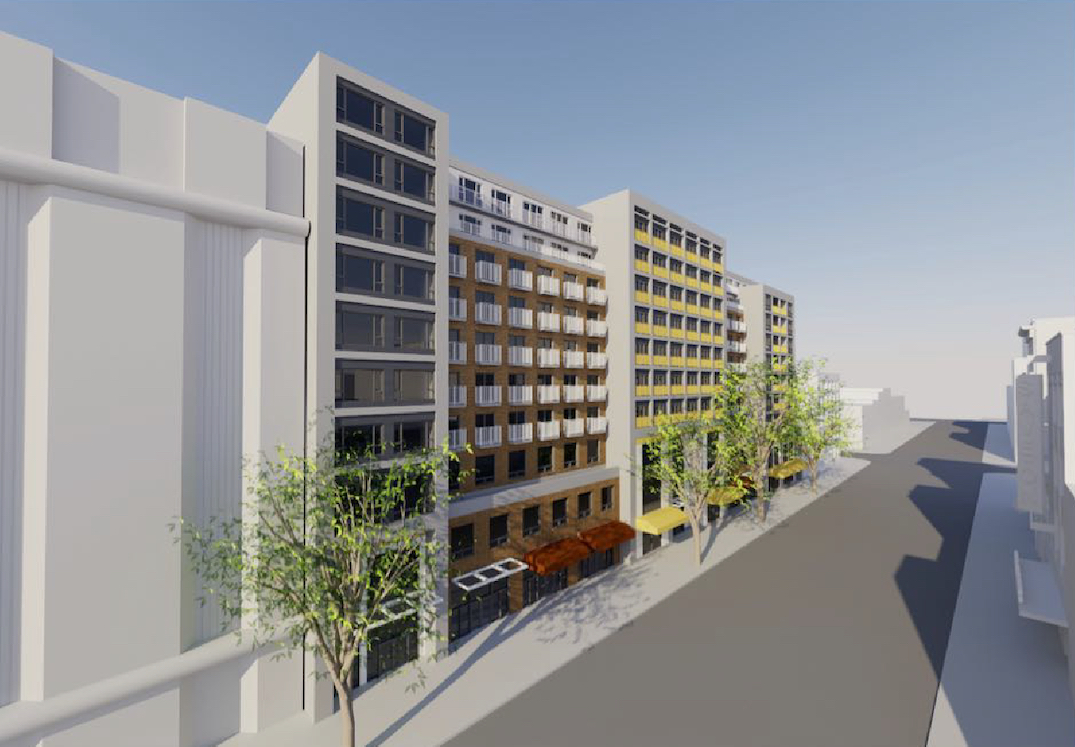 To the east, in 2017, the foundation acquired the 1913-built May Wah Hotel at 256 East Pender Street with the goal of preserving it as part of the area’s cultural fabric, and providing affordable housing to Chinese seniors.

The foundation is just one of several organizations and entities working to bring back some of Chinatown’s former glory.

There are also separate initiatives supported by the provincial government and City of Vancouver to establish a Chinese history museum in Chinatown, and pursue a UNESCO World Heritage Site designation for the district.

But the gain of the CSC also follows the great loss for Chinese Canadian heritage this year, after the Lytton Chinese History Museum, another grassroots initiative, was wiped out by a devastating wildfire in July.