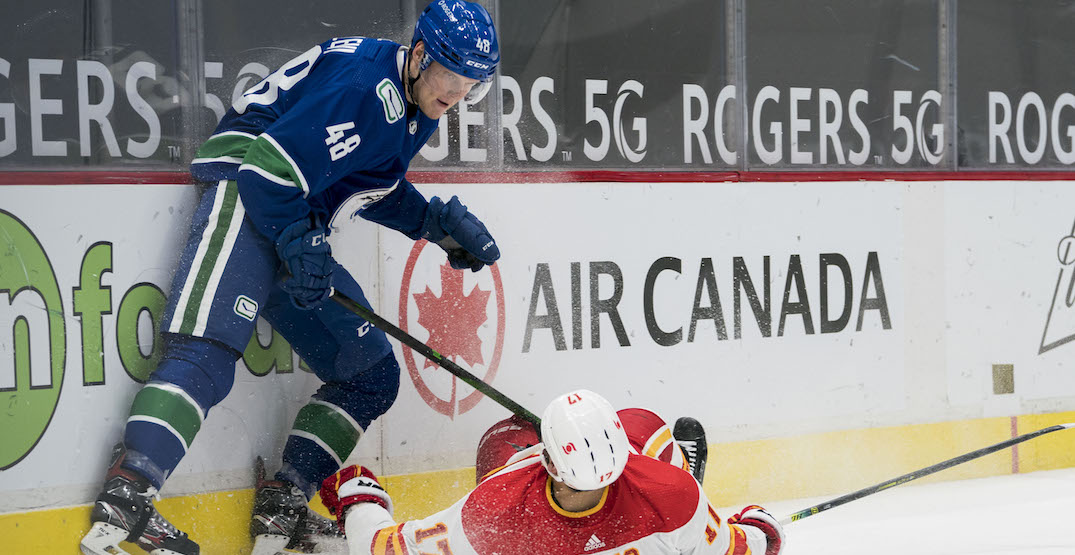 The announcement was made on Monday afternoon. The 23-year-old signed a one-year contract worth $750,000.

The Finnish defenceman has been somewhat forgotten since being drafted fifth overall in the 2016 NHL Draft. He had back surgery in the summer of 2018 and then underwent season-ending knee surgery in December of that year.

Vancouver #Canucks General Manager Jim Benning announced today that the club has re-signed defenceman Olli Juolevi to a one-year contract at a value of $750,000.

“We’re glad to have him signed and look forward to his game progressing further next season.”

Less than two weeks ago, Benning signed a pair of right-shot defencemen as well, re-signing Travis Hamonic and adding Tucker Poolman from the Winnipeg Jets.