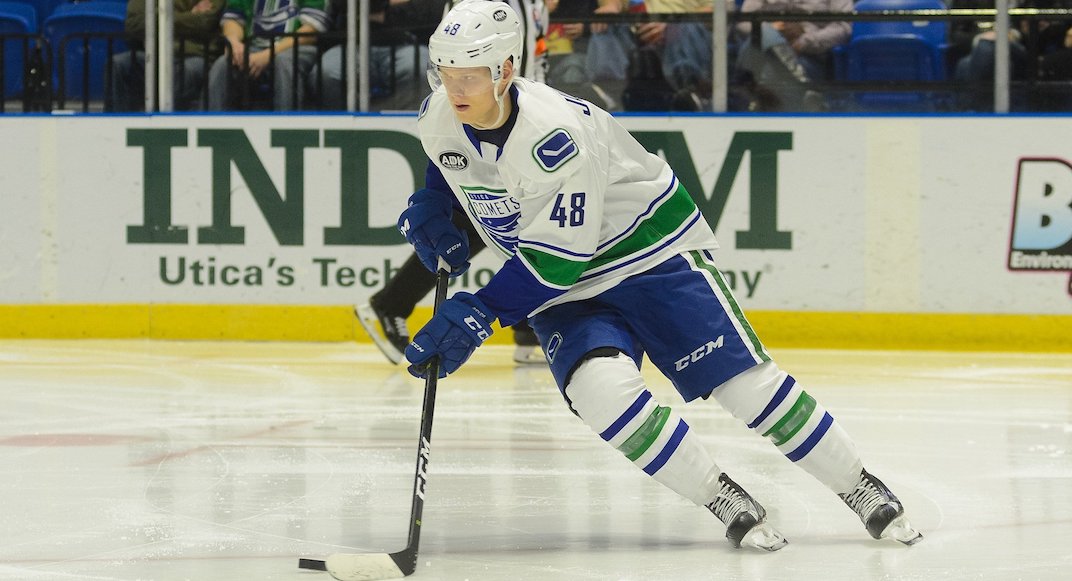 It appears Olli Juolevi’s injury is not as serious as first feared.

The 21-year-old Vancouver Canucks prospect was removed from the Utica Comets roster last month, with the team announcing on November 16 that Juolevi had a “lower body ailment – unrelated to his recent knee injury,” with “no timeline for his return to play.”

Given that Juolevi was just coming off season-ending knee surgery, another serious injury would be extra crippling to his development.

But today, the Canucks eased the worries of many of their fans by announcing Juolevi will soon be returning to the ice. The mystery “lower body ailment” appears to have simply been hip soreness.

“Olli Juolevi recently developed hip soreness and was removed from Utica’s active roster as a precautionary measure,” GM Jim Benning said in a team-released statement. “After further evaluation, it was determined that he is fit to return to play. Medical staff will continue a course of conservative treatment and closely monitor Juolevi’s status.”

Juolevi had zero goals and five assists in 14 AHL games this season, last suiting up for the Comets on November 11. The puck-moving defenceman had a strong start to his North American pro career last season, with 13 points in 18 games before suffering a knee injury.

The Canucks still have a lot riding on Juolevi, who was the fifth overall pick in the 2016 NHL Draft. He’s still young, but injuries have stalled his development, as he’s one of just five 2016 first-rounders yet to appear in an NHL game.