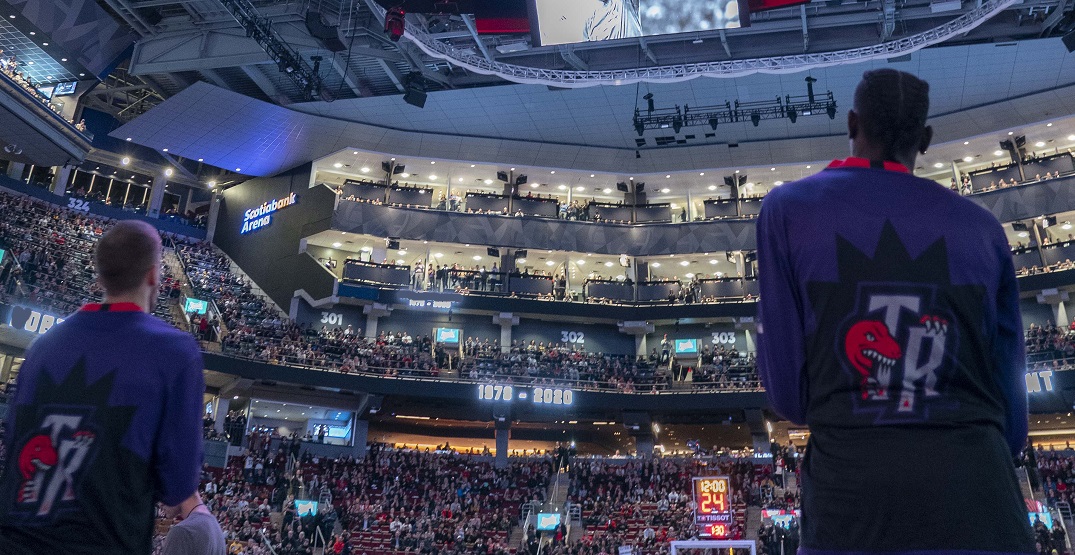 Unvaccinated NBA players might be coming into Toronto this season to play the Raptors, but they’re not likely to be roaming the Canadian streets.

According to Shams Charania of The Athletic, NBA players have been told that unvaccinated players could face up to $750,000 in fines or six months in prison if they violate both NBA protocol and Canada’s Quarantine Act while in Toronto.

Sources: NBA players were informed unvaccinated players who breach quarantine in Toronto face criminal offense. Unvaccinated players only able to leave hotel for team activities. Per Canada's Quarantine Act, violations could lead to up to 6 months in prison and/or $750K in fines.

Unvaccinated NBA players will be allowed to travel to Toronto this season, but they’ll be required to stick to the team hotel and arena, as well as any other team facilities (such as a practice court).

The Canadian government granted a “national interest exemption” to the NBA for its unvaccinated players earlier this month, which had also earlier been granted to the MLB. The NHL did not apply for such an exemption.

But that doesn’t mean that unvaccinated players will have the same ability to play in all 30 markets. Under local restrictions, some players would currently be ineligible to play in games in locations like New York and Brooklyn due to being unvaccinated.

Golden State Warriors guard Andrew Wiggins was among the list of unvaccinated players which would have deemed him ineligible for his team’s home games, but it was announced earlier this week that he has since received his shot.

The Raptors themselves announced on Wednesday that their entire team as well as their staff have been fully vaccinated. Charania reported in late September that “90%” of all NBA players had received both doses of the COVID-19 vaccine.