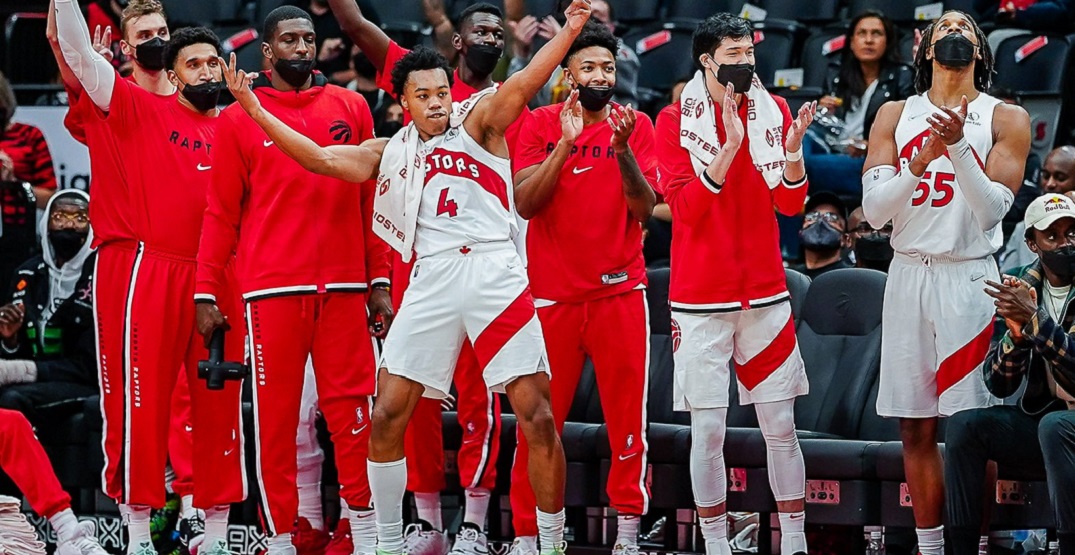 Taken fourth overall in the NBA Draft in 2021, the Toronto Raptors’ young star made his preseason debut on Monday in a 123-107 win over the Philadelphia 76ers.

And boy, he was HYPED to be playing in Toronto.

The energy didn’t stop when Scottie Barnes was introduced in the pregame lineups.

But Barnes isn’t just out there screaming his head off for fun – he’s already communicating and taking on a leadership role.

“He knows what he’s talking about, and you need voices like that,” teammate Fred VanVleet said about Barnes. “We love that, there’s not just one leader of a team, there’s a bunch of leaders on a team, and everybody has different roles, and if he’s going to step up and be that guy who’s keeping the bench together and communicating while he’s on the bench, that’s a big part of the game.”

Florida State assistant coach Charlton “C.Y.” Young even compared him to Scottie Pippen in a chat with Daily Hive earlier in the summer.

“I would say I usually just [talk] all the time,” Barnes said. “Just trying to talk about the game plan — ‘just keep putting ball pressure and defending, showing our length on defence.’ I’ll just say that’s just who I am. That’s what I always do. I’m a very talkative person.”

Barnes could be in the Raptors starting lineup right away, partially due to an injury to Chris Boucher. At 6’9″, his ability to play in multiple positions could be crucial for this Raptors roster.

“I’m a very versatile player where I can do so many different things,” Barnes added. “I just come in, try to play defence, do my job, and try to learn the offence. It’s gonna be good just being with the system and being able to just come in and play every single day and just get better.”