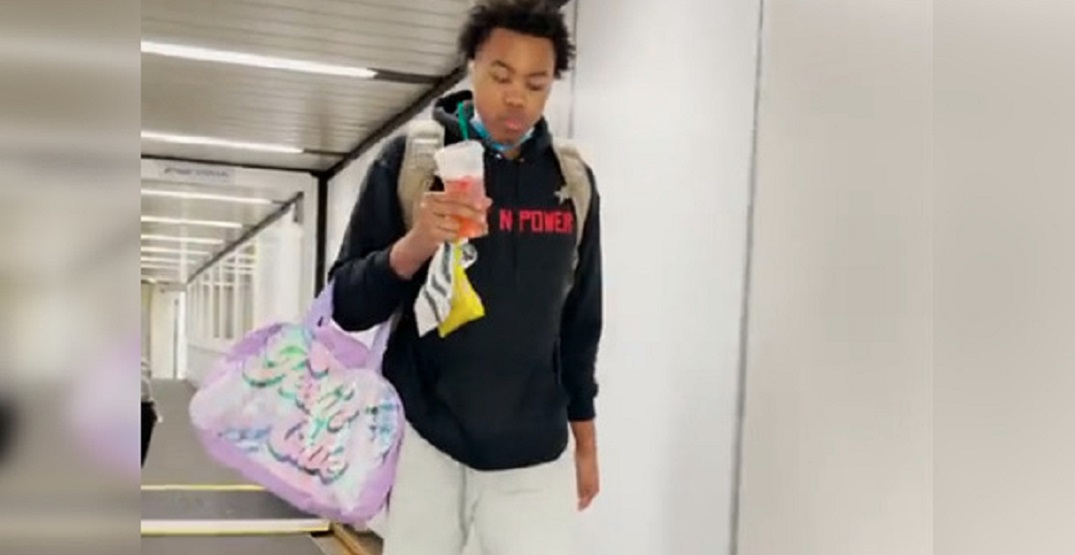 Scottie Barnes might be the Toronto Raptors’ highest draft pick in two decades, but he’s not immune to a classic rookie tradition — carrying a silly bag.

Ahead of the Raptors first preseason road trip to Philadelphia for their Thursday contest against the 76ers, Barnes boarded the team flight complete with a drink from Starbucks and an oversized purple bag that said “Feelin’ Cute.”

Barnes was picked fourth overall by the Raptors in this year’s NBA draft out of Florida State University, and has quickly endeared himself to the Raptors fan base.

Barnes appears to be loving his time in Toronto so far. He’s already hung out with Drake, been having a blast wandering the streets of Toronto on Instagram Live, and made an impact in his first preseason contest, picking up 13 points. One of the most notable parts of his game has been how vocal he’s been for a 20-year-old rookie.

“That’s great that he’s speaking up because now the spotlight is going to be on him even more with his teammates. I think that was great for him, and he’s been vocal since he got here,” teammate Fred VanVleet said about Barnes yesterday.

The Raptors kick off their regular season on October 20 against the Washington Wizards.