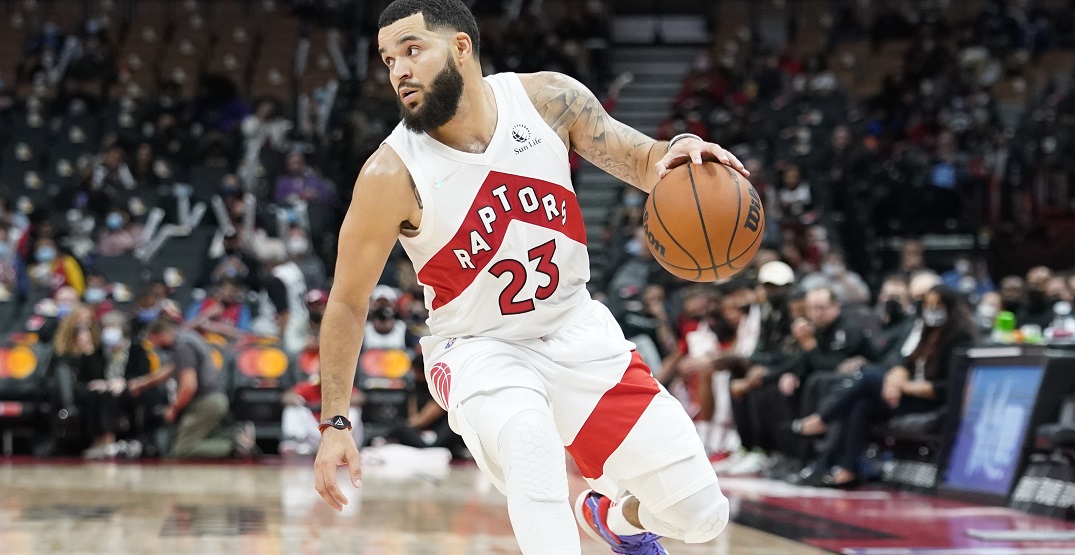 The Raptors picked up their first preseason win on Monday night by a 123-107 score over the Philadelphia 76ers, but much of the game story was simply about the team playing in Toronto for the first time since February 2020.

“It was great to see our fans,” VanVleet said Monday, “and make eye contact with people that you know have missed it, just as much as we’ve missed it. [There were] a lot of familiar faces, like the season ticket holders and people like that.”

VanVleet said he hopes to see a full crowd soon.

“It’s great to be back, all around the board, but [there’s] just not enough people for me,” VanVleet said. “We got to continue to fill it up. Part of what makes this place [special] is not only the individual fan but the collective of bringing everybody together, and you know just so much energy and enthusiasm that’s in the air that comes from piling up on top of each other. I don’t know if we can do that, given the rules and all that. But hopefully, we continue to grow that crowd and get back to where we’re used to.”

VanVleet himself scored eight points, adding eight assists and six rebounds in 23 minutes of action. He admitted it wasn’t anywhere close to the pace he’s used to in the regular season, though.

“No. No, no,” VanVleet said with a chuckle in response to a question asking if the team had any extra “juice” for their home return. “Shout out to the young guys; they gave us a spark there and blew the game open.”

The game was also a bit of a homecoming for former Raptor Danny Green, who played ten minutes for the 76ers.

The Raptors next play in the preseason on Thursday night, travelling to Philadelphia for the rematch.