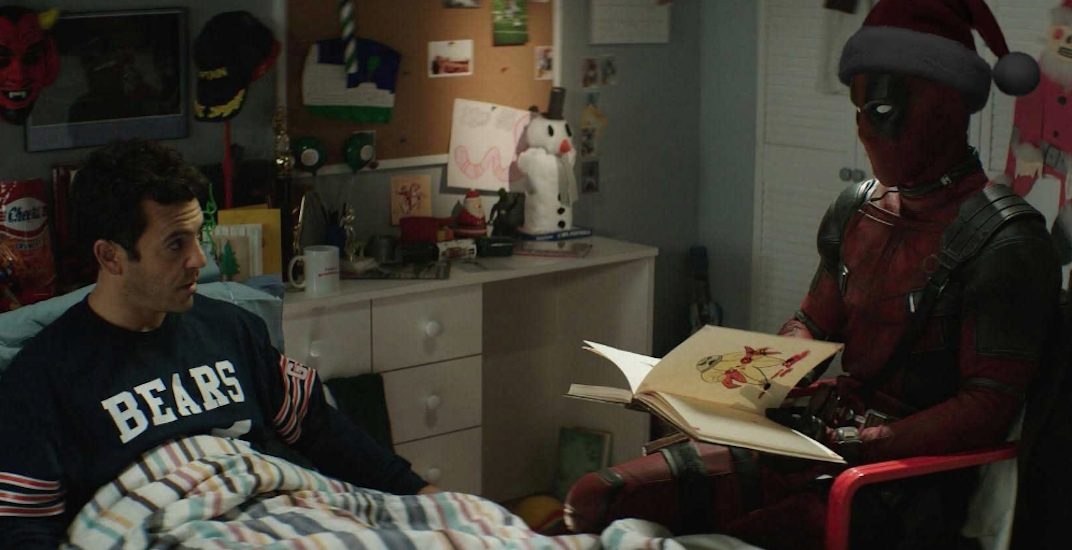 A scene from the Untitled 'Deadpool' movie to be released in Christmas 2018. (Ryan Reynolds / Twitter)

Theatre goers in 2018 will have a double dose of Deadpool.

This is because 20th Century Fox has plans to re-release a PG-version of Deadpool 2 – filmed in Vancouver mostly in 2017 – with far less violent scenes and significantly fewer expletives, if any, according to a report by Deadline.

At the moment, the studio has listed an ‘Untitled Deadpool Movie’ for release on December 21 for a limited time.

There may be a Christmas theme to this re-edited version, as suggested in a tweet by Vancouver actor Ryan Reynolds on Friday. He tweeted a photo of his masked character wearing a Santa hat and reading a children’s storybook to Fred Savage, in an apparent recreation of a Princess Bride scene.

It is unclear whether the extensive ‘reshoots’ of Deadpool 2, under the working title of ‘Daisy’, in Vancouver this past February are related to this upcoming version of the movie.

Deadpool 2 was released on May 18, and it earned a worldwide gross of $734 million, with $318 million from Canada and US box offices and $416 million from international box offices. The movie’s physical home media release occurred last month.

In comparison, the original movie in 2016 earned $783 million worldwide.