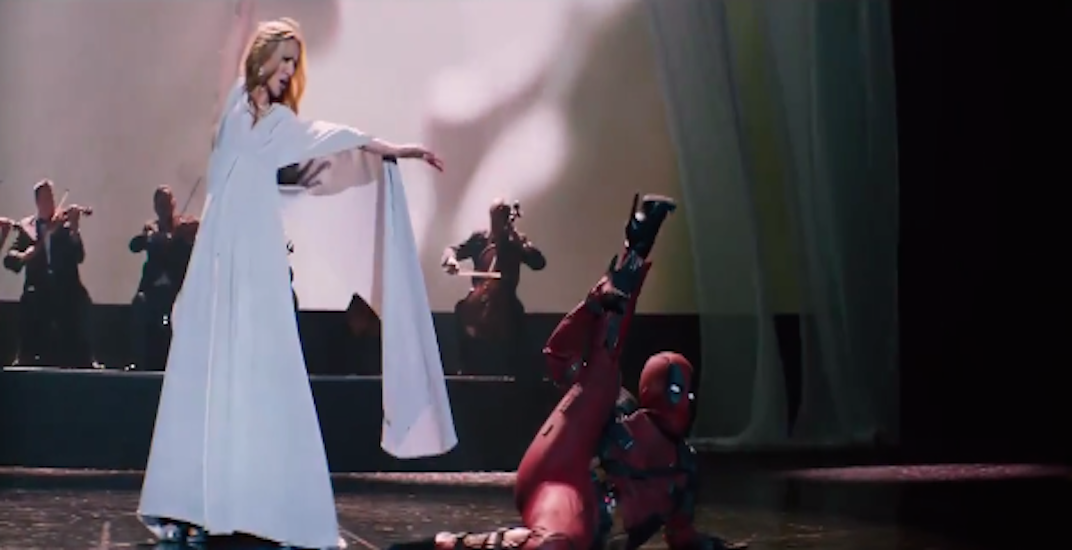 Everyone’s favourite antihero, aka Deadpool, aka Ryan Reynolds, is gearing up for the premiere of Deadpool 2, which is slated to hit theatres on May 18.

Leading up to the release of the new film, you could say that Deadpool has kept pretty busy, as he recently had a cameo in Celine Dion‘s music video for her new single, “Ashes.”

Talk about a killer Canadian collaboration.

The music video begins with Dion, singing under a lone spotlight on stage. This is followed by a montage of shots from the new film, which leads up to Deadpool strutting across the stage to join Dion, in a pair of heels no less.

Watching him — whether it’s actually Ryan Reynolds or not — prance around the stage doing an interpretive dance while Dion looks like a straight up angel in the background as she belts out the chorus is pure gold.

Once the song comes to an end, Deadpool can be seen sitting in the audience yelling, “Celine! That was amazing!”

“That was the most beautiful performance I’ve ever seen in my life!”

After Dion graciously thanks him, Reynolds breaks the news that they’re going to have to record the performance again because it was “too good.”

Dion definitely isn’t having it and says, “listen, this thing only goes to 11, so beat it Spiderman.”

As Reynolds lets out a sigh he says, “I should have asked NSYNC.”