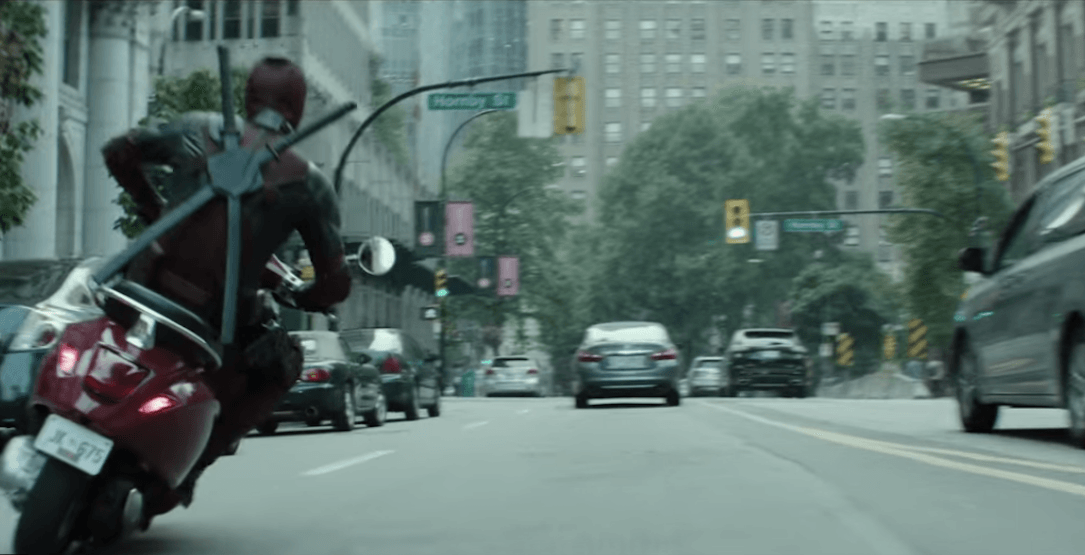 Last summer, the filming of Deadpool 2 had several Vancouver streets closed for shoots.

Everyone’s favourite foul-mouthed anti-hero was often spotted along West Georgia and Hornby Streets in August, and many were able to get snap shots of the downtown set..

And once again, our city gets to shine in Deadpool’s latest preview.

Anyone who watches the new trailer will immediately recognize some major Vancouver intersections. 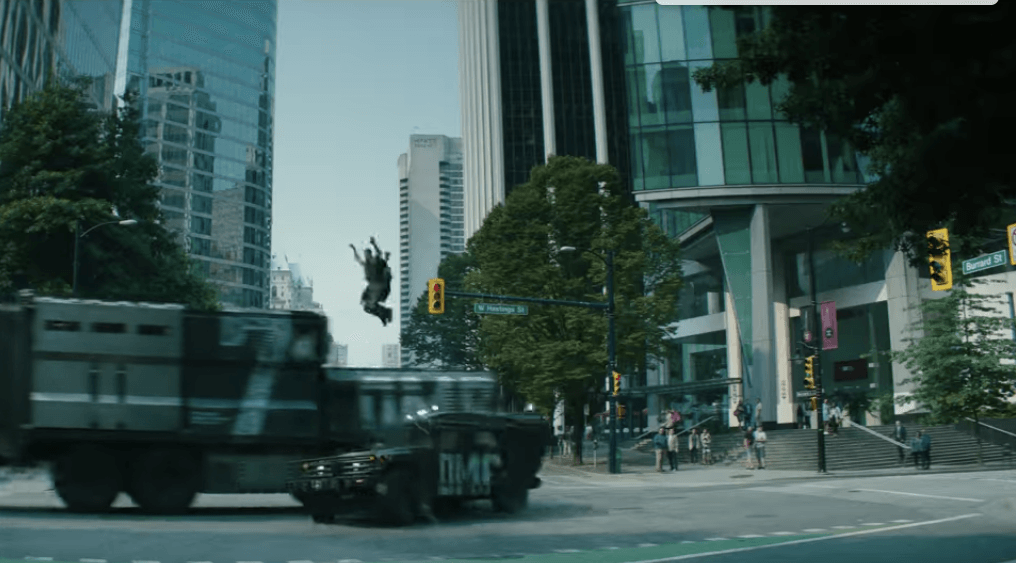 Or perhaps, this corner on Hornby Street. 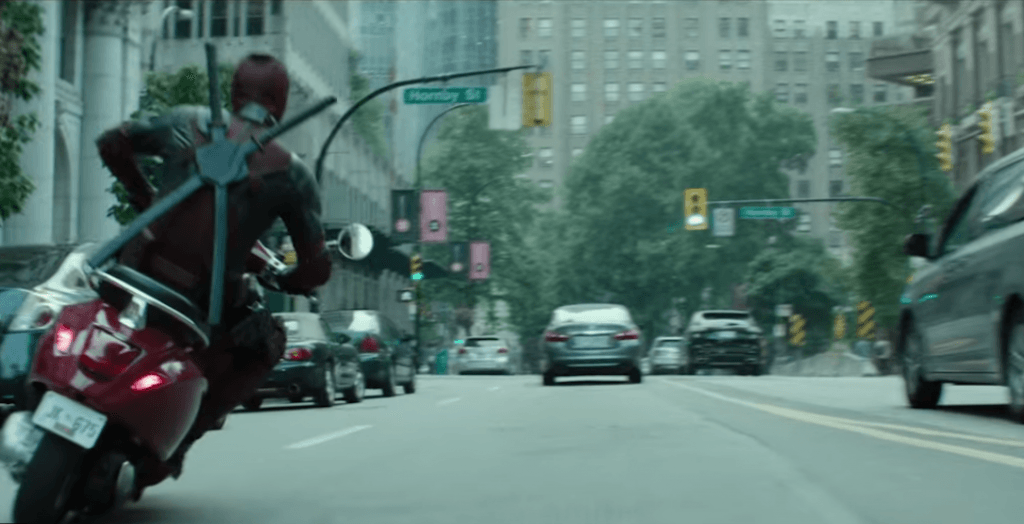 Last month, it was reported that reshoots were going to be taking place in the city under the working title ‘Daisy’.

While we still have to wait until the movie comes out on May 18, here’s the latest trailer to keep you entertained for now: