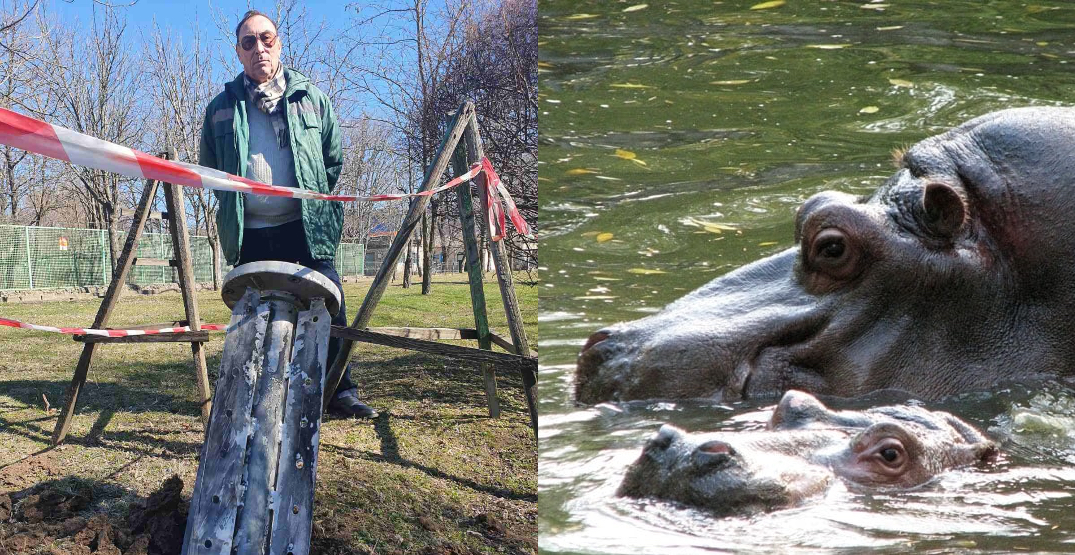 A zoo is under attack in Ukraine where Russia is continuing its invasion.

In Mykolaiv, Ukraine, the zoo animals are reportedly not getting enough food while the city is being shelled.

In a desperate bid to help, people from around the world have been purchasing zoo tickets on the zoo’s website to try and get money to the organization.

Facebook posts from the zoo show what appear to be shell projectiles that land on its grounds.

“Every day we go to work, feed and clean the animals despite the howl of the air raid siren.”
“Seven of our employees went to the front to fight the invaders. If you want to help the zoo financially, we published the updated company details for providing assistance in dollars and euros. Thank you for support! Thank you for being with us!”

The zoo is closed to visitors, but its website is still operating and able to process payments.

The website is in Ukrainian, so if you’re interested in buying a ticket to help, then it might be helpful to use Google Translate in your Chrome browser to navigate the ticket sales page.

Even though they’re under attack, the Ukrainians at the zoo seem to have a good sense of humour about what’s happening to them.

“It’s no secret that we have a museum,” they wrote in a Facebook post, sharing a photo of another shell projectile on the zoo. “Today it has been replenished with a new exhibit! An exhibit of the inhumanity of ‘our brothers’!” they wrote.

Mykolaiv, a southern city, has reportedly been under attack for days. It’s close to the black sea and to the city of Odessa, a sister-city for Vancouver.

Concerned Canadians have been desperate to help Ukrainians. They’ve even turned to ghost booking Airbnbs to get funds directly to Ukrainian families in the hardest-hit cities.

Now, Canadians have a way to support animals who are suffering during the invasion, too.