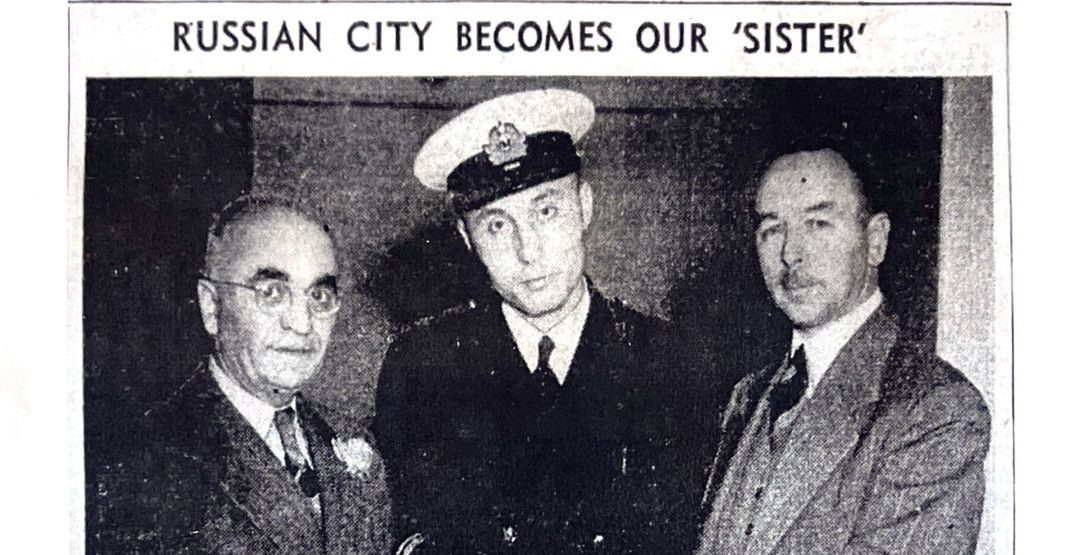 Did you know that Vancouver has a special connection to the Ukrainian city of Odesa?

On the shores of the Black Sea, it’s the third most populous city in Ukraine. Following a tumultuous experience in World War II, Odesa maintains a link across the world in British Columbia.

During World War II, Odesa was invaded by Axis forces during the Siege of Odesa. Four assaults and 73 days of siege later, the city was taken. Odesa lived under Nazi occupation for two years following the attack.

“Many Ukrainian’s living in Vancouver at the time had family in Odesa and wanted to help by sending supplies,” said a City of Vancouver rep, who shared this historic clipping with Daily Hive. 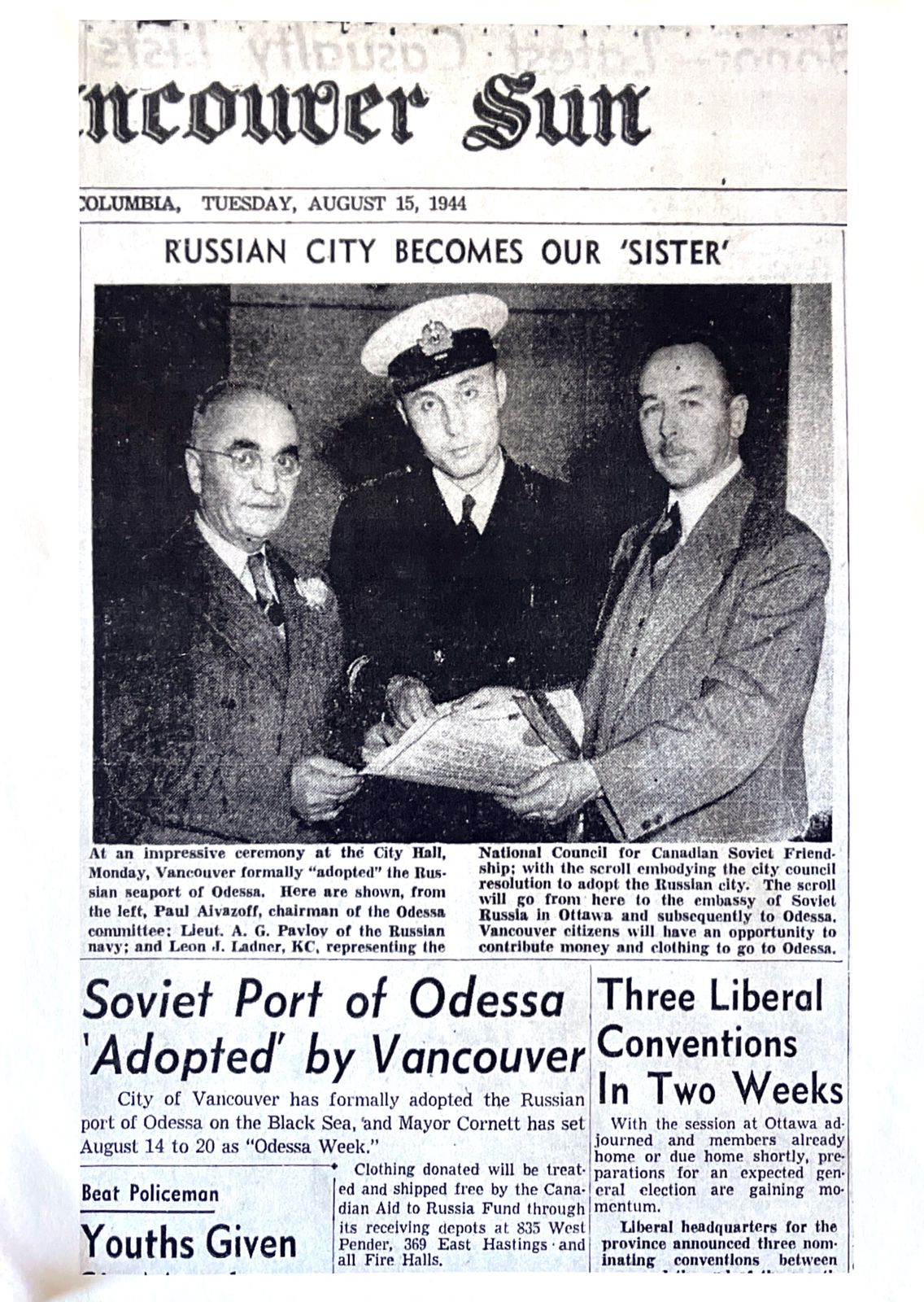 In the Vancouver Sun clip from August 15, 1944, the article states that Vancouver citizens would be able to donate money and clothes to go to the port city, which at the time was controlled by Russia.

Both Odesa and Vancouver maintain sister-city relationships with many other places around the world.

According to the city, the relationships are “supported by active community groups and City staff, who work together to share information, promote educational exchange, and enhance economic development.”

“The City takes these partnerships seriously, as we believe it is important to maximize the benefits to the participating cities,” reads the International Relationships page of the City of Vancouver website.

City Hall and the Burrard Bridge are set to be lit up in a show of support and solidarity for Ukraine.

Starting tonight #Vancouver City Hall and Burrard Bridge will light up blue and yellow in support and solidarity with the citizens of our sister city since 1944, Odessa, and the people of #Ukraine. pic.twitter.com/ntRkcUKxLu

Reflecting on Vancouver’s historical connection to Ukraine is salient. More than 100 Ukrainians have already been killed during Russia’s invasion.

You can show your sisterly love for Ukraine by joining in a supportive rally on February 26.