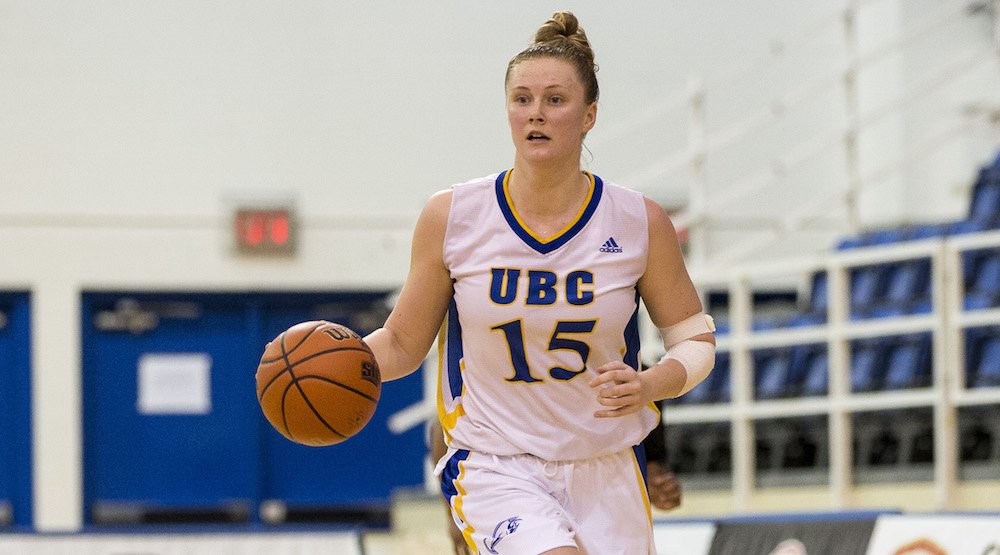 The term ‘selfie’ was first coined in Australia, so perhaps it’s no surprise that an Aussie who sunk a no-look, half-court shot selfie at UBC on Sunday.

Maddison Penn, a transfer from Virginia Tech in the NCAA, is in her first season with the UBC Thunderbirds.

“I was ten-out-of-ten stoked. So, it was a pretty cool feeling.”

Penn is a guard from Avoca Beach, Australia who played for her country’s U-19 team that finished third at the 2013 FIBA World Championships. After spending a season at Virginia Tech, she returned to Australia to play for a club team. This season she leads UBC in points per game (15.5) through two games.

The 2-0 Thunderbirds play their home opener against the University of Manitoba Bisons at UBC’s War Memorial Gym on Friday at 6 pm. The men’s team plays immediately after at 8 pm.