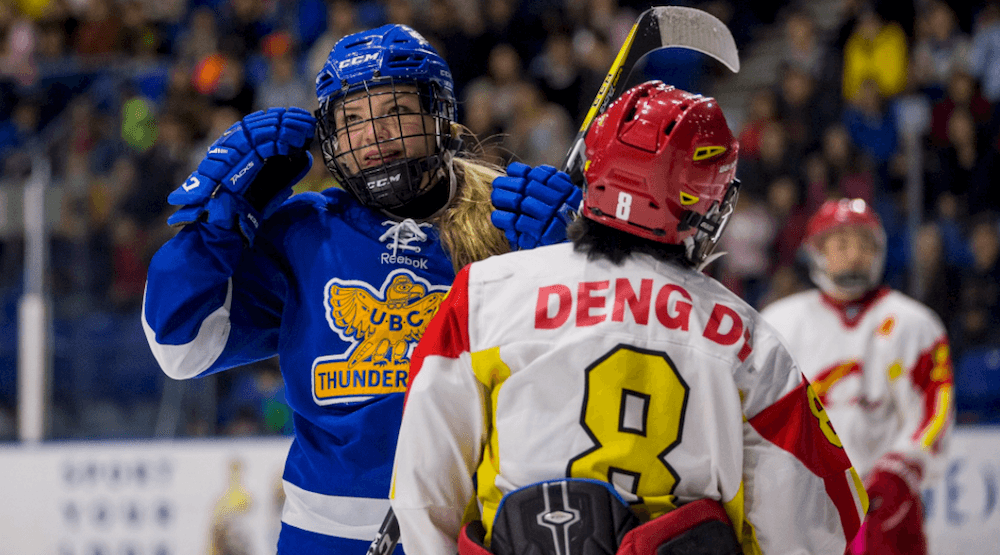 The UBC women’s hockey team has made history, leading the national rankings for the first time in team history.

The Thunderbirds moved up one spot, from second to first, while last week’s leader Montreal has moved down to third spot. UBC finished second to Montreal in last year’s national championship game.

The T-Birds are the only team from the Canada West Conference inside of the top-six.

UBC (4-1-1) has won four in a row and will play the undefeated Manitoba Bisons (6-0-0) on Friday at the Doug Mitchell Thunderbird Sports Centre.