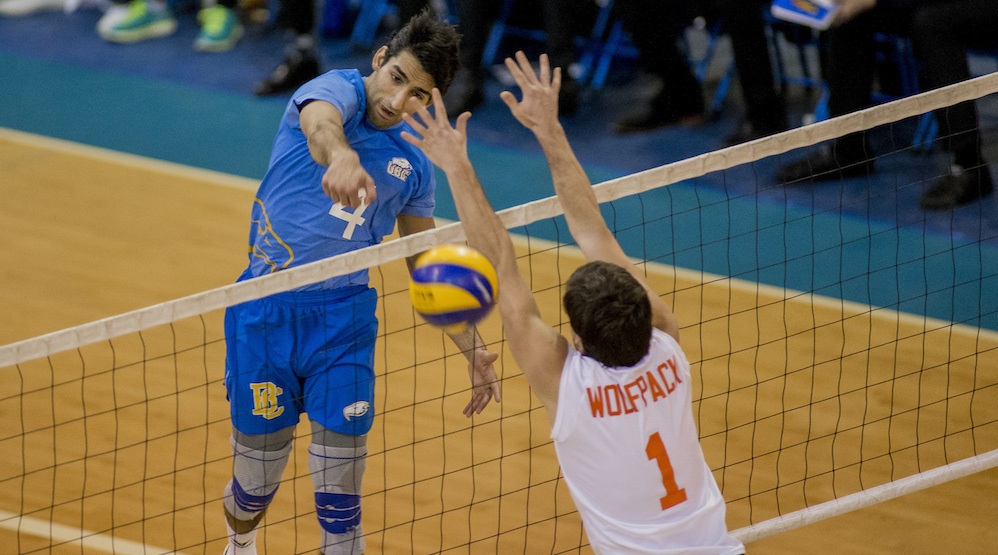 POW! RIGHT IN THE KISSER!

UBC Thunderbirds volleyball player Irvan Brar provided the highlight of the game on Saturday. The 6-foot-2, fourth-year outside hitter from Surrey connected on an epic spike, catching Saskatchewan’s Andrew Nelson – you guessed it – RIGHT IN THE KISSER.

The impact of the spike sent Nelson tumbling to the floor in spectacular fashion.

Nelson, to his credit, got back to his feet right away after the six-pack. The T-Birds won the game in four sets, exacting some revenge on the Huskies who beat them a night earlier.

“Irvan got ahold of that one and the ball was probably going out of bounds, but it caught Andrew (Nelson) right in the face,” UBC head coach Kerry MacDonald said after the game. “I’m just glad he was OK.”

“I’ve never seen a strike that hard where a player is actually taken off his feet. In my 12 years of coaching at the university level that’s the hardest I’ve ever seen someone get hit.”