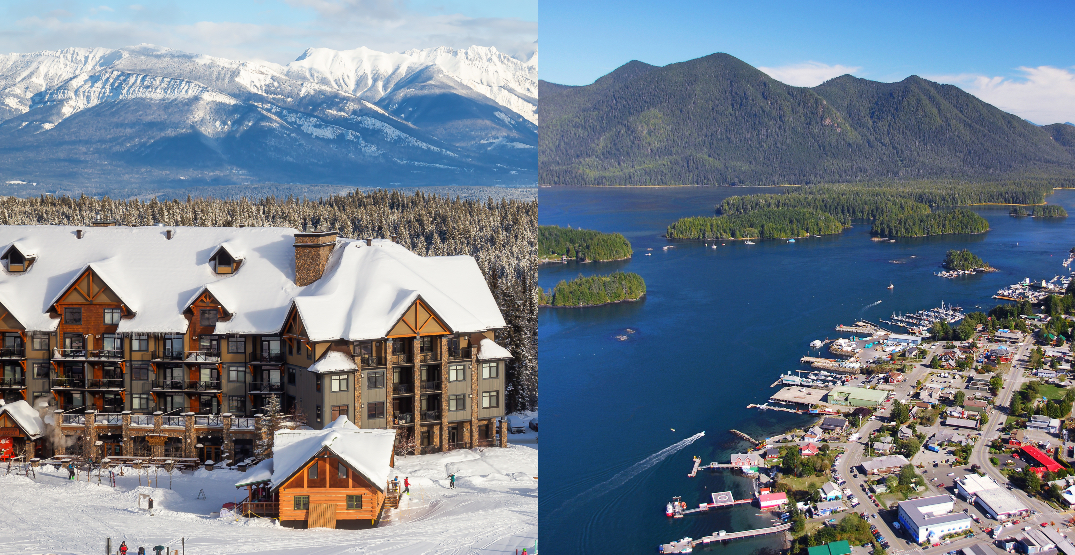 BC is full of adorable seaside towns and cozy mountain communities, but there are two exceptional ones that have captured global attention.

They included Canadian towns from coast to coast, choosing places they felt delivered when it comes to charm, adventure, and hospitality.

While not ranked or numbered in any particular order, the first town to appear on the list is BC’s own Golden.

They say Golden is an “ideal base for exploring the Canadian Rockies” as it’s surrounded by some of the country’s most breathtaking national parks.
For outdoor adventures, including Canada’s longest suspension bridge, a wolf sanctuary, and plenty of skiing and snowboarding opportunities, it’s a great place for adventure.
And you can wind down from your days spent in the great outdoors by checking out what’s fresh in town. There are more restaurants and craft beer spots opening all the time.

The second BC town to appear on the list is Tofino. This West Coast gem has been a favourite for both British Columbians and tourists alike to spend their days off surfing and walking along the beaches.

Travel + Leisure said, “it’s an ideal location to immerse yourself in one of British Columbia’s most culturally significant swaths of nature.”

There are countless Instagram-worthy accommodations in Tofino and some of the best beer and tacos around. With access to the unfettered Pacific Ocean and the wilds of the surrounding UNESCO Clayoquot Sound Biosphere Reserve, it offers the best of BC in one spot.

Here’s the complete list from Travel + Leisure. How many have you been to?