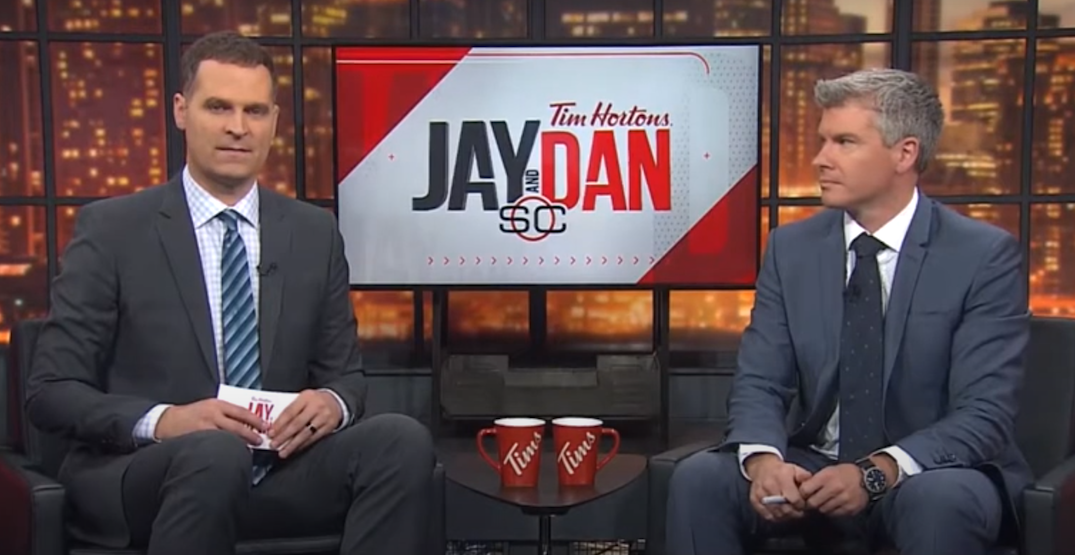 Dan O’Toole is no longer with TSN, as Bell Media laid off more than 100 staff across Canada this week.

The popular sportscaster confirmed the news on Twitter with his trademark sense of humour. He also changed his Twitter handle to “@notontvotoole.”

O’Toole and Onrait returned to Canada and TSN in 2017, after a four-year stint with Fox Sports 1 in the United States, with the launch of SportsCentre with Jay and Dan. There’s no word yet on what will become of the popular show, although the Jay and Dan social media accounts have been relabelled “Jay on SC.”

Other well-known TSN sportscasters included in recent layoffs include longtime Ottawa reporter Brent Wallace, as well as SportsCentre anchor Natasha Staniszewski according to one report.

“We have made some changes at TSN as we streamline the organization,” a Bell Media spokesperson told Daily Hive. “The changes have affected some on-air personalities, who depart with our sincere thanks for their contributions to the network and the sports community.

“The media industry at every level is changing fast, and Bell Media is adjusting to stay ahead of the change. We’re focused on investing in content creation and new media platforms and at the same time operating much more efficiently in a tough marketplace.”