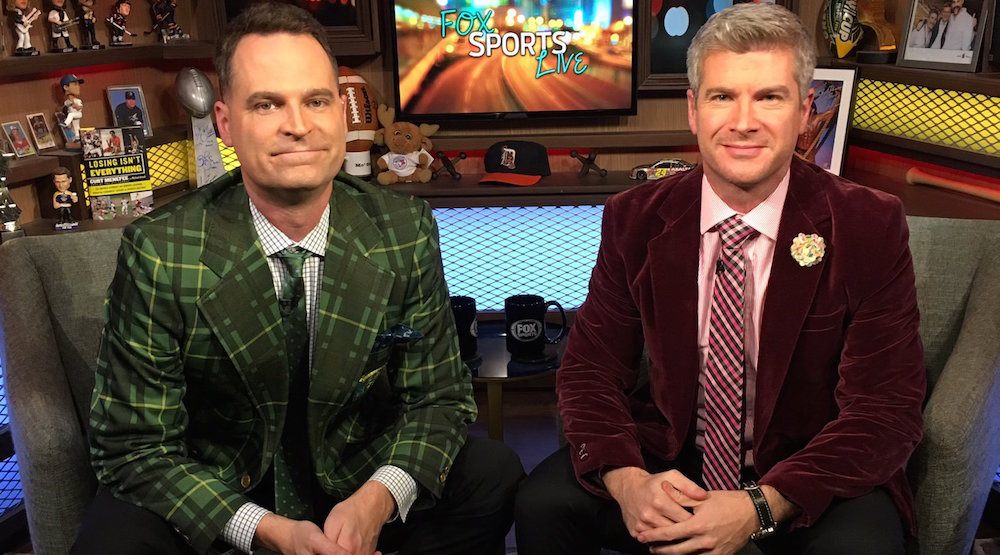 Legendary Canadian sportscasting duo Jay Onrait and Dan O’Toole will be cut loose by their American employer FS1, according to a report from John Ourand of Sports Business Daily. FS1 has canceled the show Fox Sports Live and will not renew Jay and Dan’s contracts, which expire at the end of next month.

The pair were poached by Fox Sports back in 2013, after 10 years as hosts of TSN’s SportsCentre in Canada.

It was an unprecedented move to bring two broadcasters who were unknown in the United States to be brought in to provide a comedic element to the nightly sports highlights show.

So, what’s next for the popular sports highlight show hosts?

Sports fans in Canada will selfishly be hoping for a return to where they started, at TSN. Could they be headed for a move from Hollywood back to Toronto?

Silver lining for @JayOnrait after cancellation of @foxsportslive — Hearing he will be returning to @TSN_Sports in Canada.

It appears, for Onrait at least, that’s already in the works.

While their show didn’t air in Canada, both Onrait and O’Toole have remained insanely popular in Canada over the past four years. They’re both active on social media, as well as hosting the Jay and Dan Podcast.