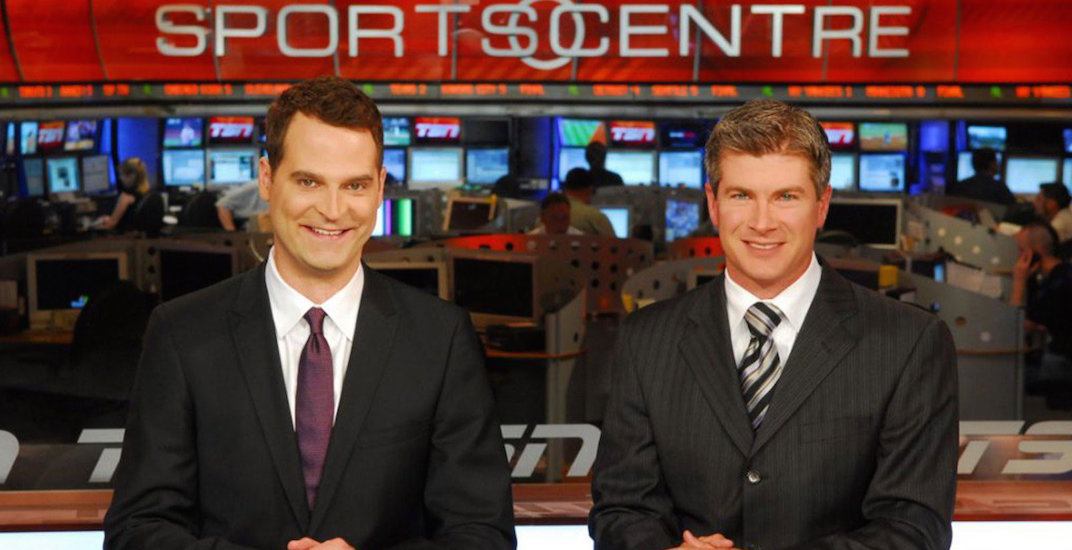 The wait is nearly over.

September 4 is the date, as TSN has officially unveiled their plans for the return of Jay Onrait and Dan O’Toole to Canadian airwaves.

Onrait and O’Toole, better known as Jay and Dan, left their jobs at TSN for greener pastures in the United States four years ago. After their show on Fox Sports was cancelled earlier this year, TSN pounced on them quickly, announcing their return to Canada in March.

But apart from interviews and advertisements, the popular sportscasting duo have yet to appear on the Canadian all-sports network since their hiring, so the rebirth of their show on TSN comes with a lot of anticipation.

The pair are getting their old time slot back, as SC with Jay and Dan will air weeknights at 9 pm PT / midnight ET. The late edition of SportsCentre – hosted by Kate Beirness and Natasha Staniszewski in recent years – will loop throughout the following morning.

Armed with a sponsorship with Tim Hortons, Jay and Dan promise to deliver more than the typical SportsCentre show.

They’ll have what TSN is calling a “bold new studio” (expect Tim Hortons’ logo to be splashed prominently), with “original and returning in-show segments.” The “Jay and Dan rankings” is going to be a thing, as will commercial and trailer parodies.

Parent company Bell Media announced plans for an advertising blitz, which includes all sorts of campaigns throughout Toronto – a Union Station takeover, billboards at Yonge-Dundas Square, and RestoBar advertising across the GTA, and building signage at Bell Media Studios headquarters in Toronto.

Guess they won’t have time to advertise in the rest of Canada.

As part of the media release, Onrait and O’Toole included a Top 10 list of reasons to watch SC with Jay and Dan, as a teaser of what’s to come.

10: You can fall asleep with us, and wake up with us too. It’s only weird if you make it weird.

9: Because we need someone to.

7. We have a new set and it’s not completely horrible.

6. If you aren’t watching Jay and Dan, we don’t know what you’re doing with your time. But if it’s better than the show let us know so we can join you.

5. You bring the all-dressed chips, and we’ll bring…nothing, expect absolutely nothing.

3. It’s only a matter of time before we do something completely inappropriate.

2. We’ll talk about stuff, and possibly even things.

1. There will be Top 10s and they’ll be better than this one.