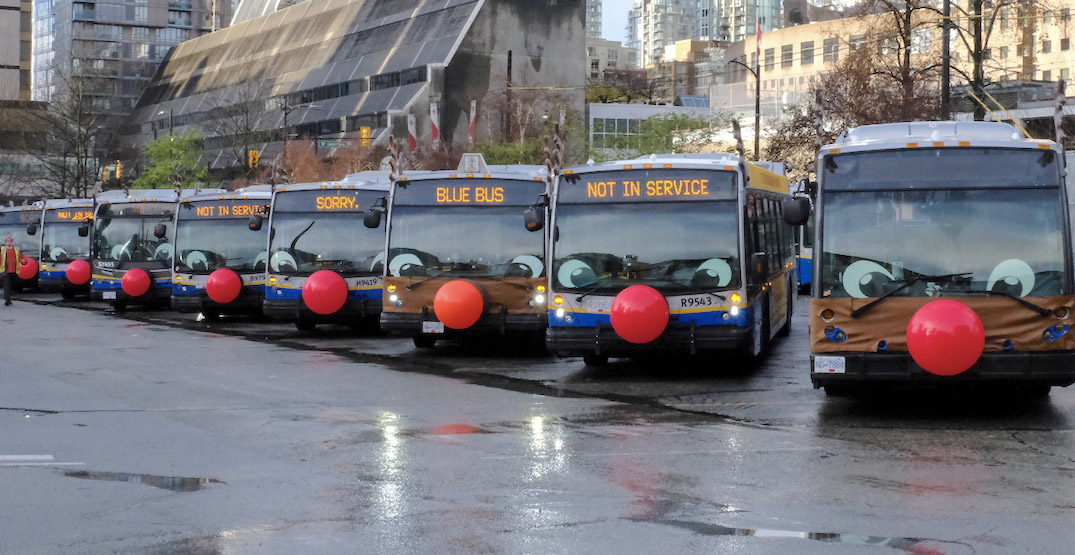 Rudolph typically bears the lone responsibility of lighting up Metro Vancouver for Christmas, but he won’t be alone this year as he’ll be joined by the other reindeer troupe pulling Santa’s sleigh.

The volunteer-driven Reindeer Bus initiative by TransLink’s bus operators is making a huge comeback, marking the 35th anniversary of the annual tradition.

There are nine times as many buses decked out with the much-needed Christmas holiday cheer — and they’re each named after a different reindeer guiding Santa’s sleigh; Dasher, Dancer, Prancer, Vixen, Comet, Cupid, Donner, Blitzen, and Rudolph.

“We can all agree that it’s been a pretty tough year,” said TransLink CEO Kevin Desmond, in a statement.

“If there was ever a time to boost our Reindeer Bus fleet, it’s certainly now. We want to spread smiles and holiday cheer to street corners all over the region, and this is a fun way to do it.” 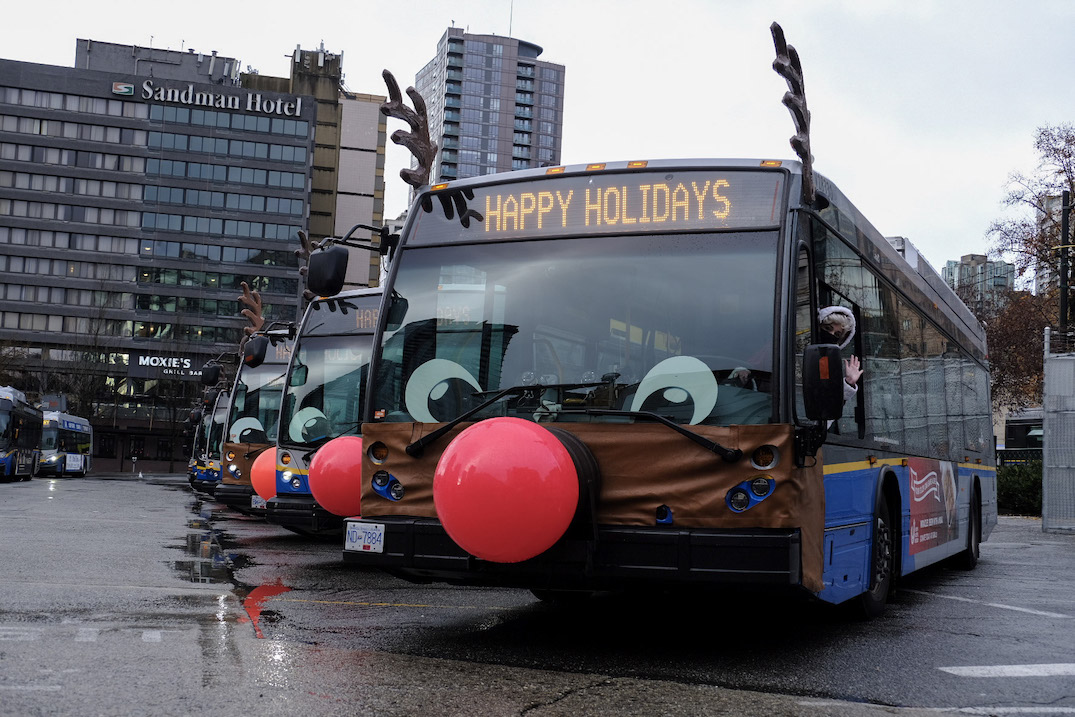 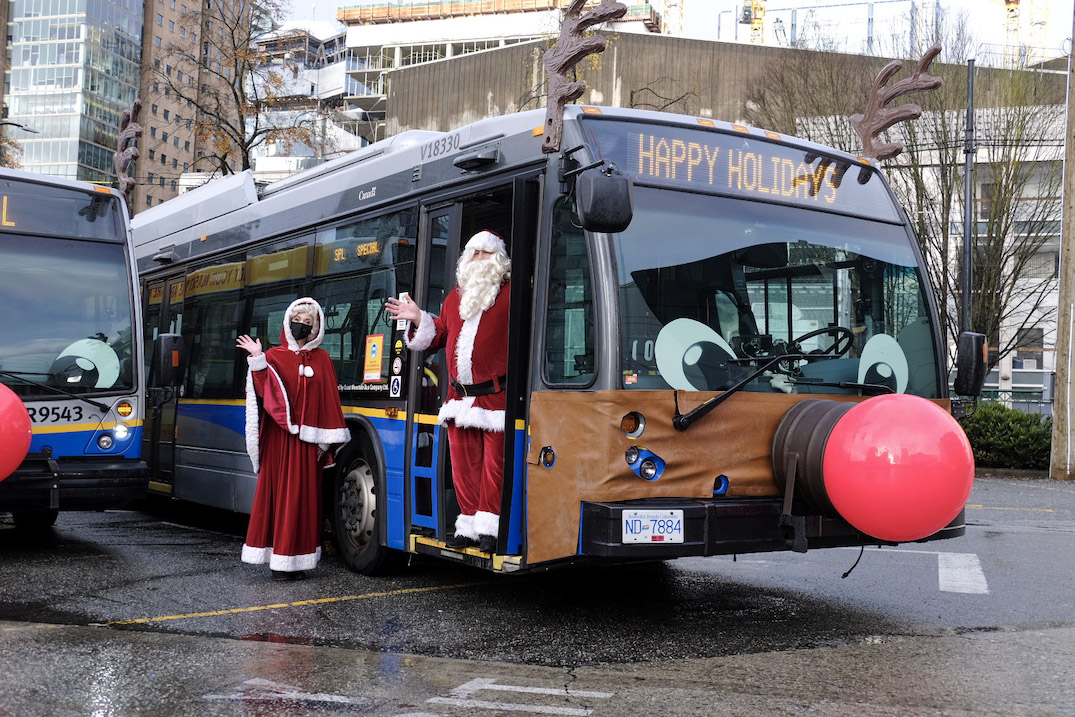 The routes the Reindeer buses will travel on will vary each day, based on scheduling.

The buses are decorated by TransLink’s bus maintenance crews at the bus depots on their own time. Typically over previous years there is just one Reindeer bus.

The initiative is part of TransLink’s Toys for Tots charity drive, which collects toy donations for distribution to low-income families by the Lower Mainland Christmas Bureau. 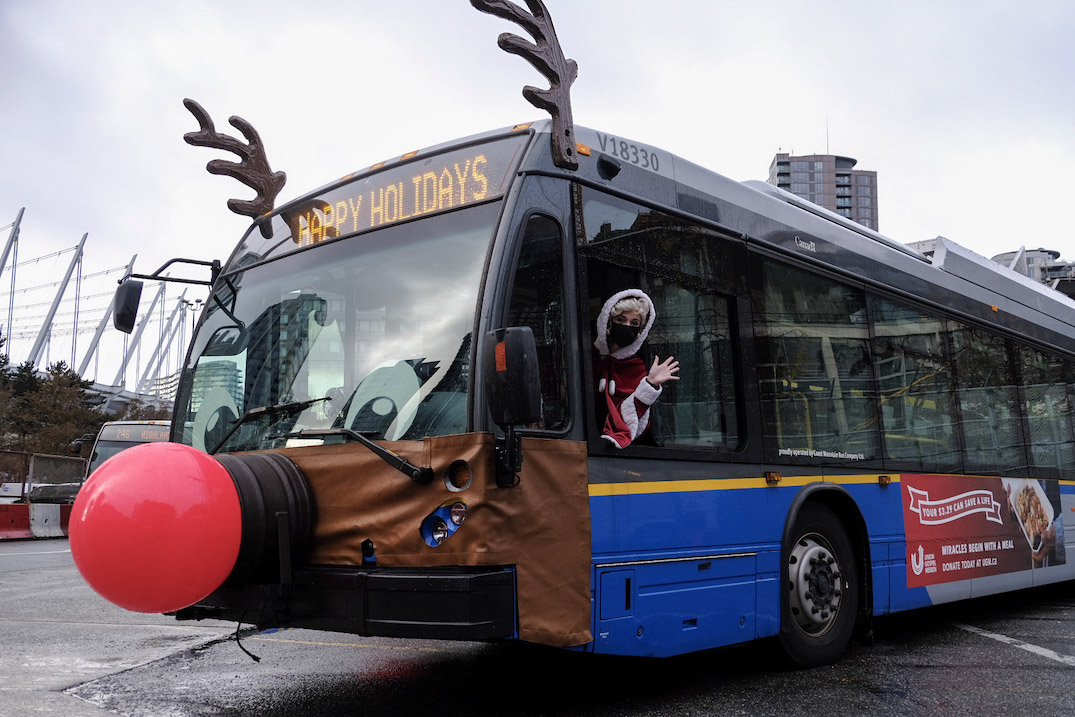 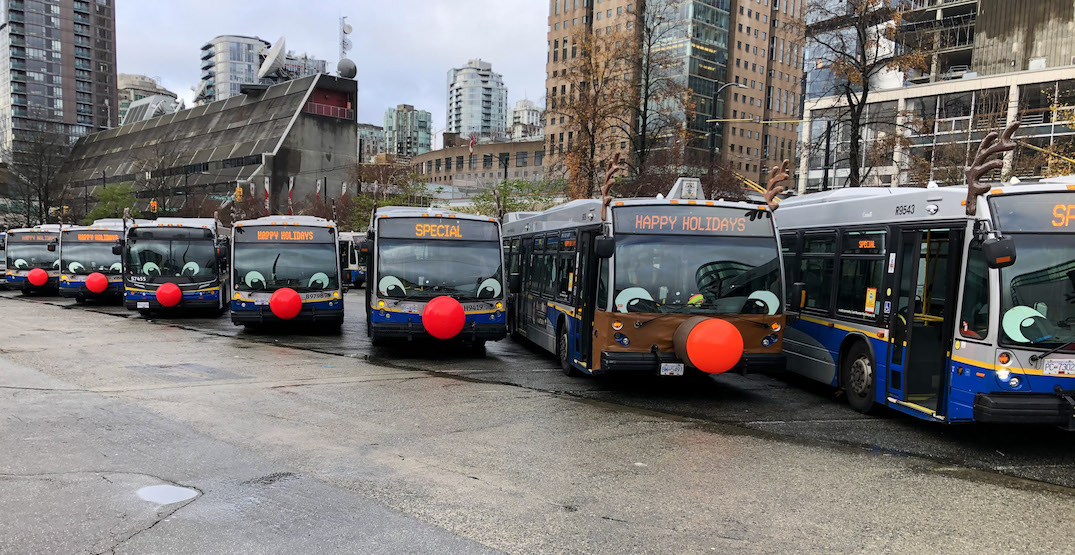 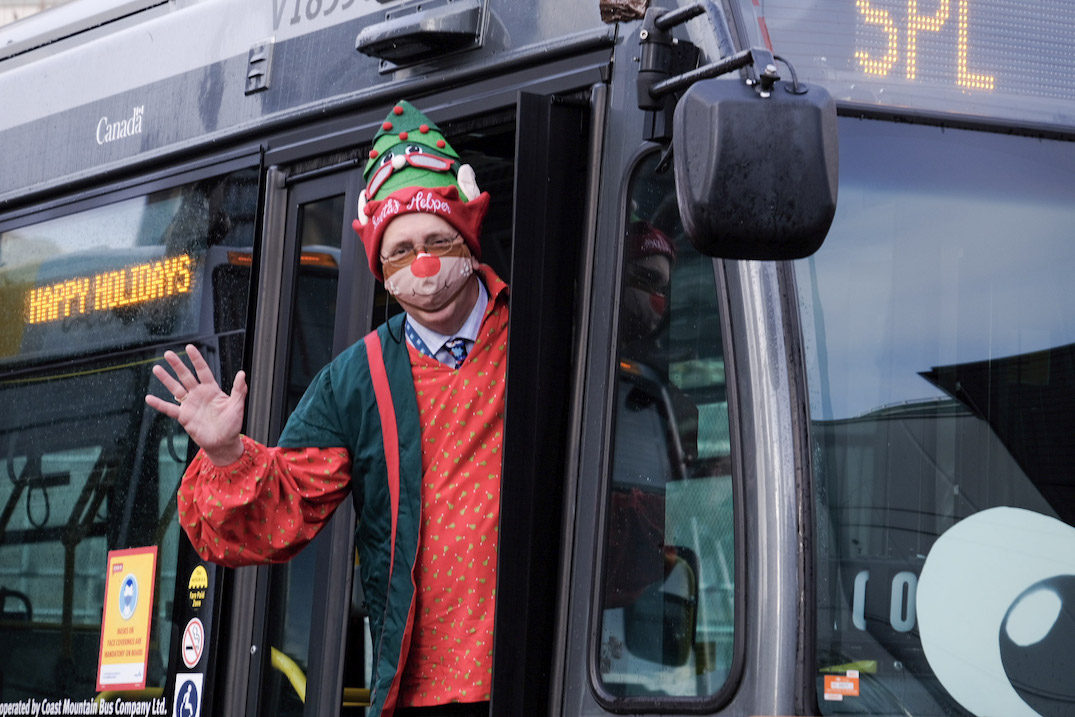