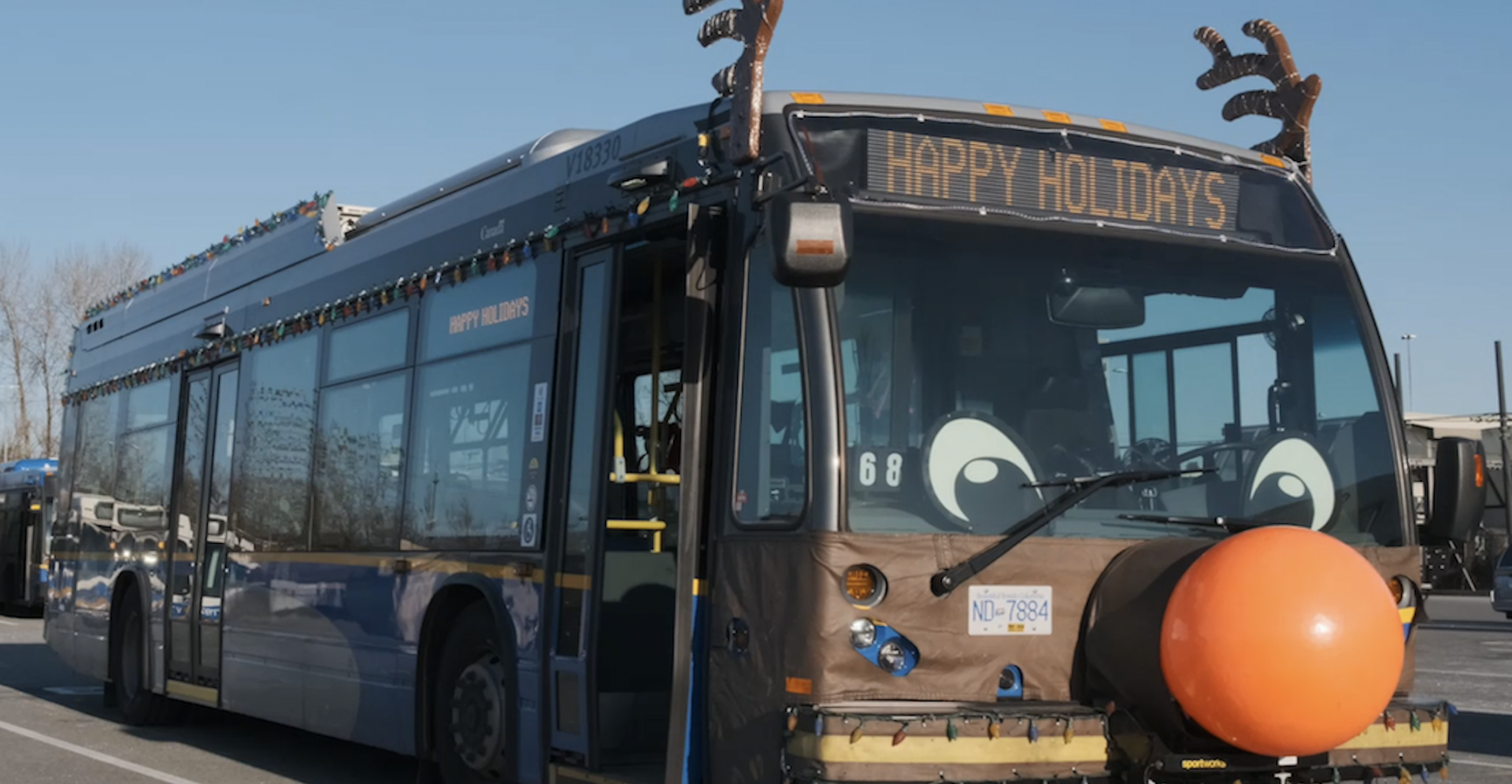 It’s a holiday tradition that began more than 30 years ago and still continues to this day.

TransLink has unleashed its Rudolph bus from the bus barn and it’s officially rolling back into service starting today!

The exterior of a 40-ft-long, two-door bus has been adorned with bright and colourful Christmas lights, plus giant antlers, eyes, and an illuminating red nose on the front of the bus.

The bus also comes equipped with an animated Christmas tree, holiday carols, and an inflatable Santa Claus to deliver holiday greetings to passengers.

This Reindeer Bus will operate on some Vancouver-based routes during peak hours. It will not be dedicated to a specific route.

Those who spot it on the road are encouraged to share a picture on social media with
#ReindeerBus in the caption.

In previous years, the public transit authority also operated a smaller community shuttle bus with a red nose and antlers.

The Reindeer Bus will make a special delivery to the Lower Mainland Christmas Bureau on December 20.

Toys will be collected from various TransLink offices throughout the region and given to kids in needs. Residents looking to participate can give donations to the TransLink Customer Service Centre at Stadium-Chinatown Station.

“The Reindeer Bus is one of our proud traditions,” said TransLink CEO Kevin Desmond in a release.

“Whether it’s the volunteer decorators, the operators behind the wheel, the passengers
in the seats, or the kids on Christmas Day – the Reindeer Bus brings us all together and
brings a smile to every street corner!”