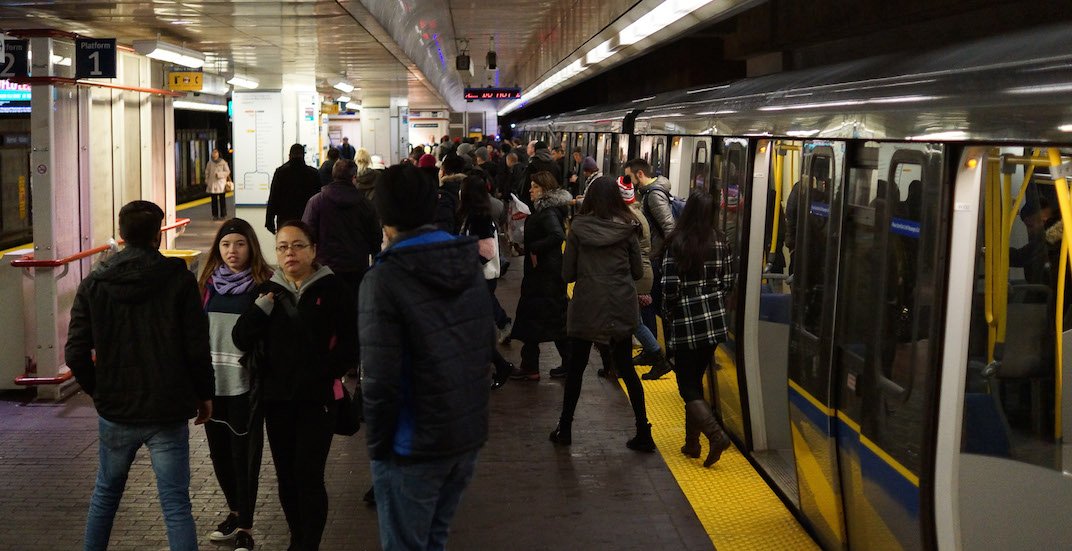 On Thursday morning during a public Mayors’ Council’s meeting, TransLink is set to release the findings of a major study on the feasibility of longer overnight SkyTrain hours and its recommendations for the next steps for improved late night service.

This study was first announced in December 2017, in response to growing calls from the public and business community to run longer late night hours to support nighttime businesses and help foster the city’s nightlife.

At the time, the public transit authority specified that its analysis would particularly look at longer hours during the busier overnight hours of Fridays and Saturdays.

The study would look into the best practices of other systems around the world that have managed to introduce late-night train service, the impact to critical maintenance hours, potential operating costs, and the possible impacts to public safety, crime, and downtown businesses.

Previous discussions and criticisms from business leaders over the lack of later night SkyTrain service were paired with suggestions of extending SkyTrain service to at least 3 am on Fridays and Saturday nights, in alignment with bar and nightclub hours.

Maintenance has been emphasized as the biggest hurdle, as longer overnight maintenance hours currently occur on Fridays and Saturdays. Between 400 and 500 annual hours of maintenance during these two nights would have to be moved to another time.

“We have heard there is demand for SkyTrain to run later on weekends and we are taking a fresh look at what would be required to make that happen,” said TransLink CEO Kevin Desmond in 2017.

“While it has always been technically possible to operate SkyTrain later at night, it would have a significant impact on maintenance. We are committed to operating a system that is safe and reliable. We want to find out if we can keep that commitment while offering another option for customers who travel late at night.”

It remains to be seen what kind of overnight SkyTrain or NightBus service improvements will be recommended. TransLink was unable to comment any further prior to the announcement.

In 2018, TransLink strengthened its NightBus by establishing a NightBus District — a single hub for overnight bus services at the intersection of West Georgia Street and Granville Street. Since then ridership on NightBus routes increased by 21%.

While longer overnight train hours are highly desirable, this is an exception and certainly not the norm. Only a handful of subway systems operate around the clock, including New York City, London, and Copenhagen, which has a Metro system that is a similar fully-automated system as Vancouver’s SkyTrain.