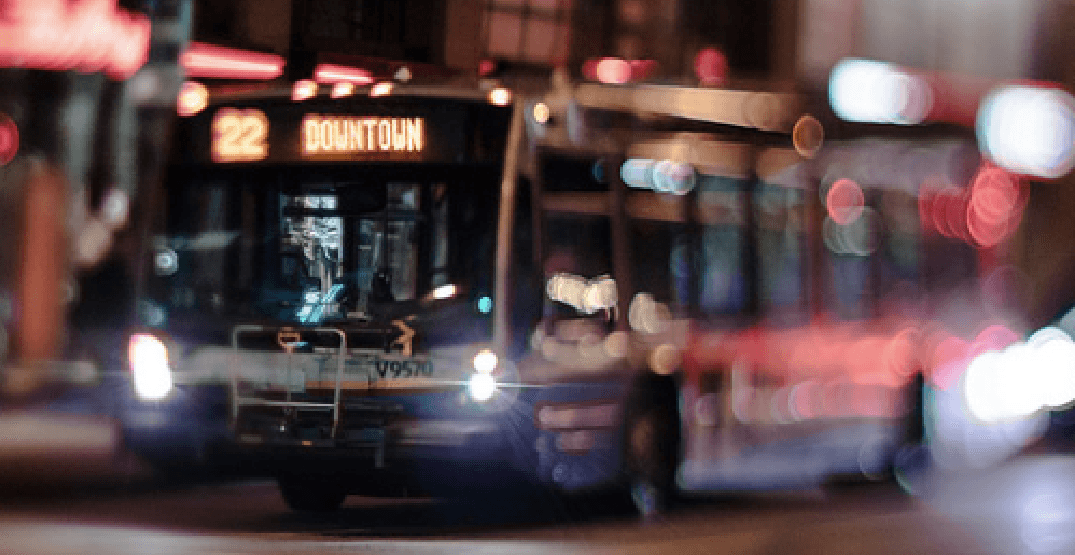 In a move that is designed to make it easier to “find a reliable after-hours ride home from downtown Vancouver,” TransLink announced today it is launching a new NightBus District pilot project.

In essence, all 10 NightBus routes that connect the downtown core with destinations across the region will now start their routes at a new, well-lit hub in the heart of downtown at the corner of Granville and West Georgia streets.

“Making sure that people have a safe way home at the end of the night is a key part of building a vibrant city,” said Vancouver Mayor Gregor Robertson.

“I’m pleased to see TransLink working to provide new transportation solutions for… a convenient and safe way to get home after enjoying our lively entertainment district.”

The hub was inspired by feedback from TransLink’s Late Night Stakeholder Committee, which has been discussing late night transit services for workers and patrons of the Downtown Entertainment District.

The pilot project establishes a single easy-to-find and easy-to-remember NightBus hub at Granville and Georgia.

NightBus routes from downtown Vancouver depart every 30 minutes, and services include routes to Burnaby and SFU, Coquitlam, North Vancouver, Richmond and YVR, Surrey, UBC and several points throughout Vancouver.

Three NightBus routes closely follow the same routes as the Millennium Line (N9), Canada Line (N10), and Expo Line (N19). Last departures from downtown on these routes are after 4 am. Last departures for other routes range from 3:09 am. to 5:09 am., depending on the route.

NightBus stops are the ones with the crescent moons on top, and all routes will stop at the corner of Granville and Georgia streets every 20 to 30 minutes. 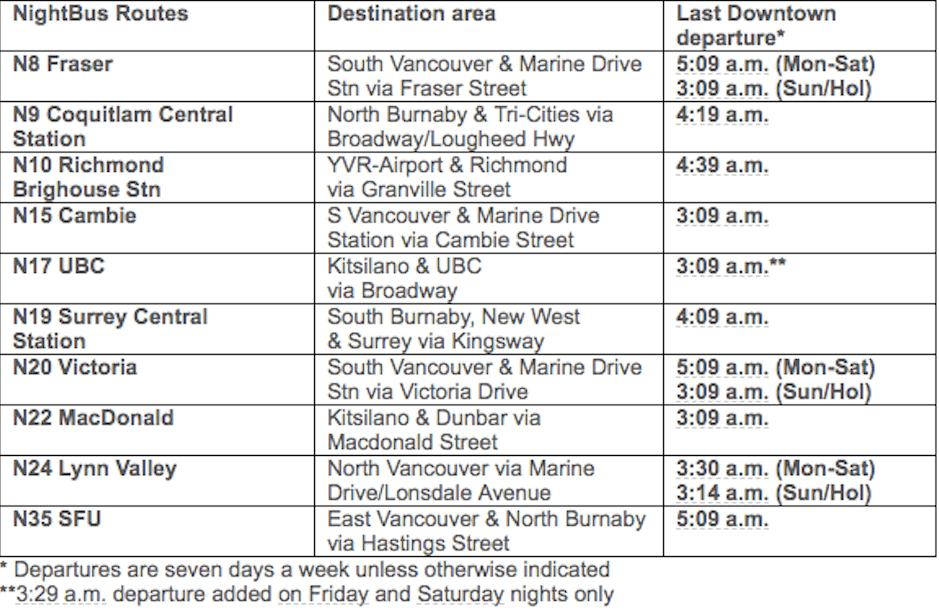 In a release, TransLink said it will continue to monitor the program as part of its ongoing assessment of late-night services. Last year, it announced a feasibility study into extending SkyTrain service hours by two hours in the early morning hours to better serve late-nighty partygoers and workers.

In addition to the NightBus pilot, TransLink is reminding its passengers of summer schedule service changes that went into effect as of today, which include bus and SkyTrain routes.