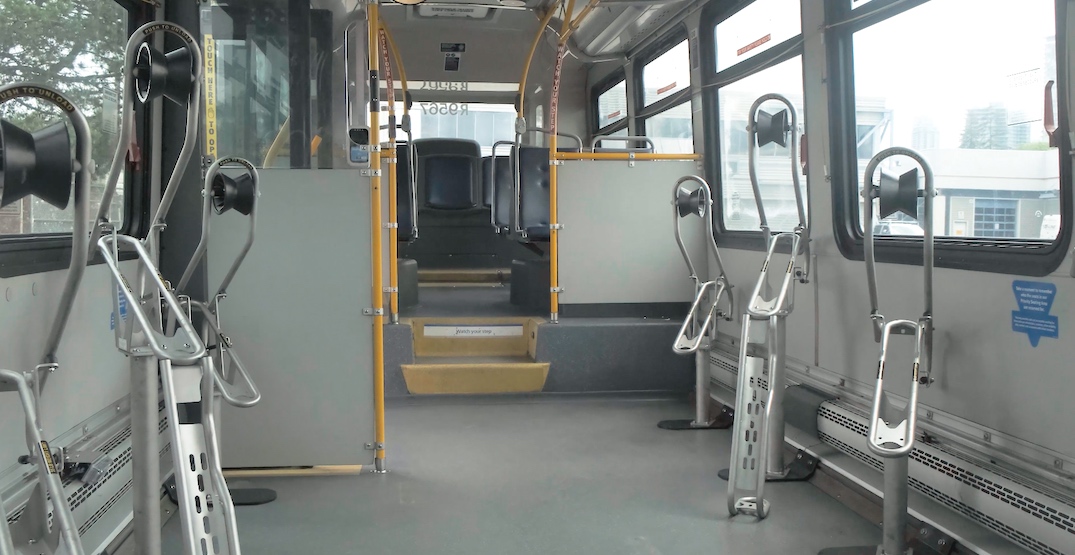 TransLink has retrofitted the interior of four buses to serve as bicycle storage vehicles, and these will specifically follow the No. 620 route between SkyTrain Bridgeport Station to BC Ferries’ Tsawwassen Ferry Terminal.

The passenger seats between the front door and back door of each bus (more than half of the seats) have been removed, and replaced with seven interior bicycle racks. In addition to the bike racks on the front of the bus, this brings the total bike storage capacity to nine bicycles per bus.

A total of 17 passenger seats will remain at the back of each bus, behind the back door to the rear. Another seat is available behind the driver’s seat. All passengers must be seated; there is no standing capacity on this bus.

Children’s or BMX bikes are not permitted for the interior bike racks as they will not fit, and these buses are no longer capable of accommodating wheelchairs or other mobility devices.

As a pilot project for this summer only, the Bike Bus will operate on a seasonal basis between July 1 and September 5, 2022, on Fridays, weekends, and holidays only — between 8 am and 8 pm, with hourly departures aligning with the ferry sailings to Swartz Bay (Victoria). 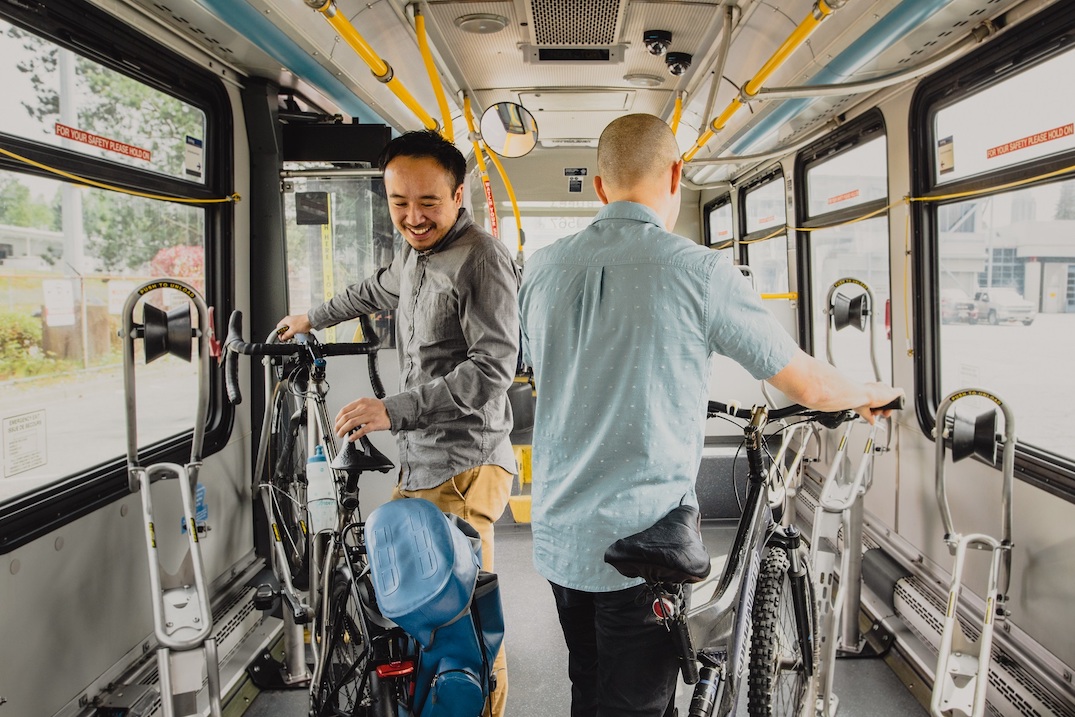 “The return of warm weather means more people are cycling to their favourite BC destinations,” said TransLink CEO Kevin Quinn in a statement. “We’re excited to launch the Bike Bus, as it will better connect our customers with one of the most popular Metro Vancouver routes for summer travel and ensure they can easily explore our beautiful region.”

For safety reasons, cyclists are not permitted to travel on Highway 99 to use the George Massey Tunnel and they currently depend on the provincial government’s free shuttle service to travel from one end of the tunnel to the other. TransLink’s Bike Bus on this route is intended to provide more room for cyclists to reach the ferry terminal via the George Massey Tunnel using transit.

TransLink chose this route as the No. 620 ranks second in the entire bus system for bike rack use, and this new service will help ensure cyclists are not left behind while trying to board a bus.

While the Bike Bus will follow the No. 620 route, it will be displayed as the No. 900 Bike Bus, with separate loading and unloading bays at Bridgeport Station and Ladner Exchange. This No. 900 Bike Bus will be hard to visually miss, as the exterior of the buses have new purple and turquoise livery to make them stand out.

While four buses have been retrofitted, only up to two will be in service at any given time, while the remaining two will be used as spares. 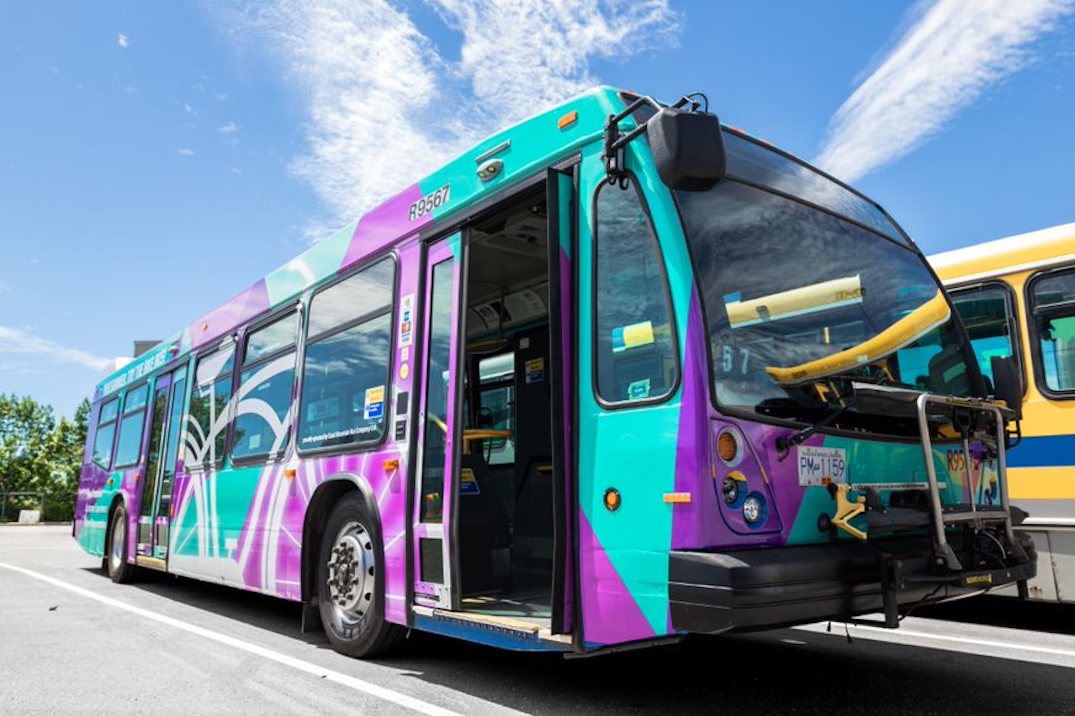 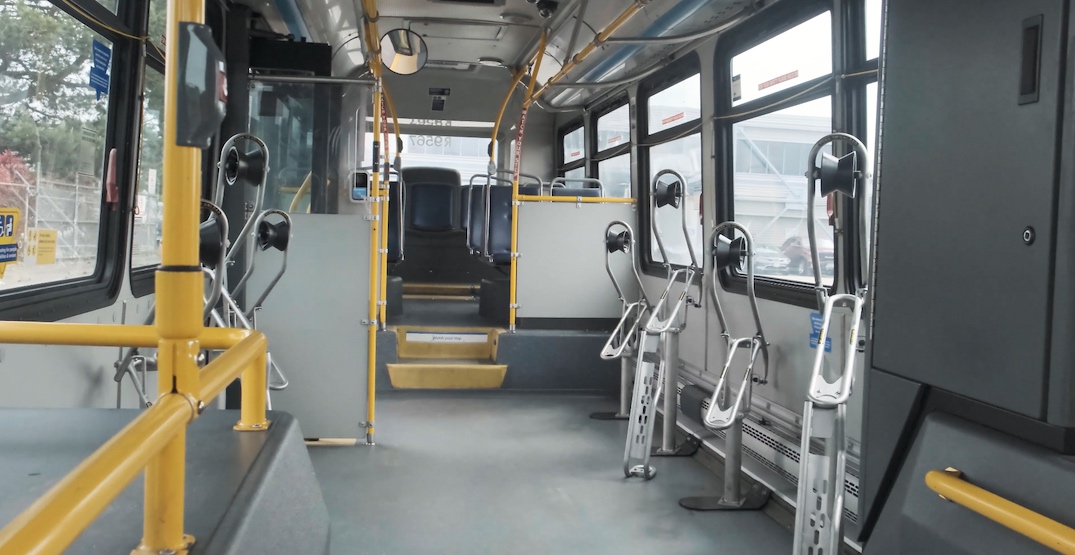 TransLink is encouraging non-cyclist passengers to use the normal No. 620 services to ensure cyclists have enough space on their dedicated bus.

The Bike Bus is part of TransLink’s recently announced Customer Experience Action Plan — a strategy of improving and adding amenities to its services.

If the Bike Bus sees high use this summer, it could become a permanent seasonal route in the future.