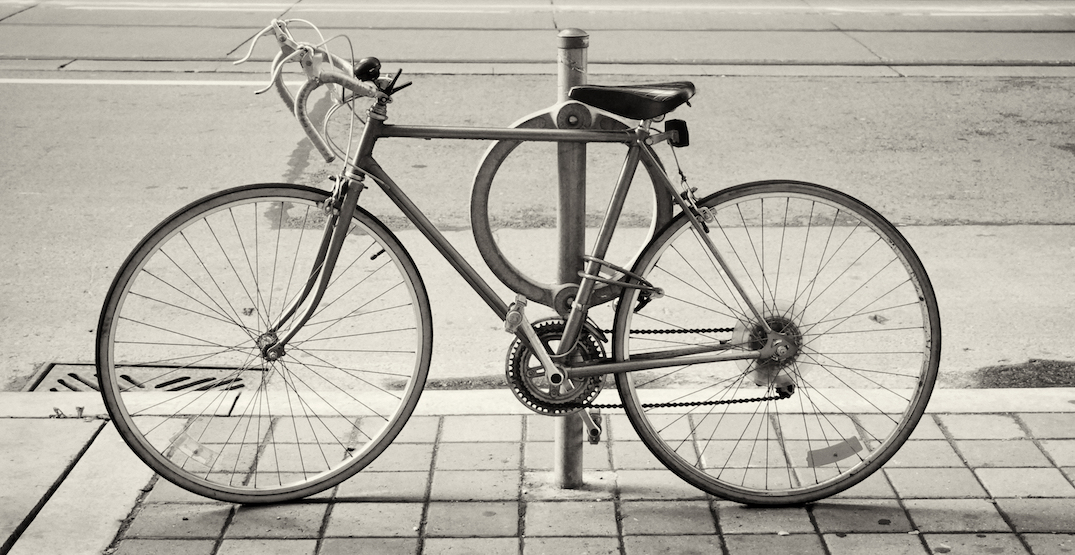 Bike locked up on a bike ring rack bolted to a former parking meter post on a Toronto street. (Shutterstock)

Bike theft and parts stripping is already a rampant problem in Vancouver, yet there will soon be fewer ways to securely lock up a bike.

In a member motion scheduled to be deliberated by Vancouver City Council next week, Green Party city councillor Pete Fry highlights the potential forthcoming problem of a lack of street fixtures to affix a bike, as the municipal government is removing about 5,500 standalone parking meters on streets across the city through the end of 2023.

“Parking meters have served as ubiquitous and useful ad hoc cycling infrastructure in the form of a durable street furniture that is usually well located and in clear view of shopping and community destinations high traffic commercial districts and businesses,” reads his motion.

Last year, city council approved a $10 million contract to replace thousands of existing parking meters with pay station machines, with generally one station on each city block with pay parking regulations. The transition to pay stations is intended to reduce operating and maintenance costs, reduce vandalism and theft of parking revenue, and overall increase the city’s revenue.

But according to Fry, the City is only planning to retrofit 2,000 of the parking meter posts with ring racks over the next three years. 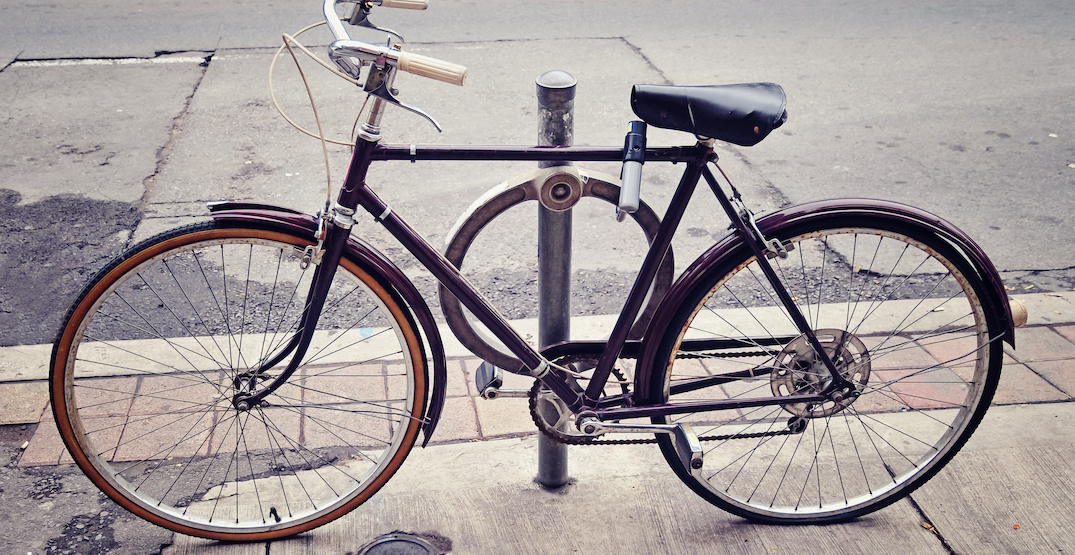 Bike locked up on a bike ring rack bolted to a former parking meter post on a Toronto street. (Shutterstock)

Currently, there are just over 2,400 public bike racks installed on city property in Vancouver.

Bike theft and parts stripping is one of the biggest deterrents for cycling in Vancouver, with the city recording the most bike thefts per capita of any Canadian city. Over 2,100 bikes were stolen in 2020, but this figure is believed to be highly conservative due to under reporting.

If Fry’s motion is approved, city staff will be directed to consider the availability of public locking infrastructure for bikes, expedite a secure bike parking strategy, and develop a more robust plan for replacing or retrofitting parking meters with secure ring racks.