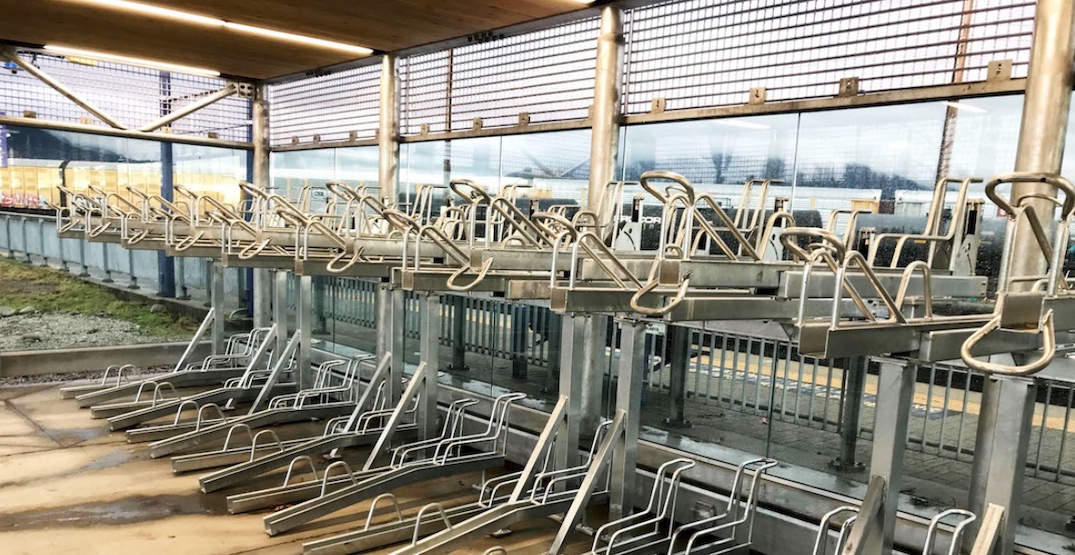 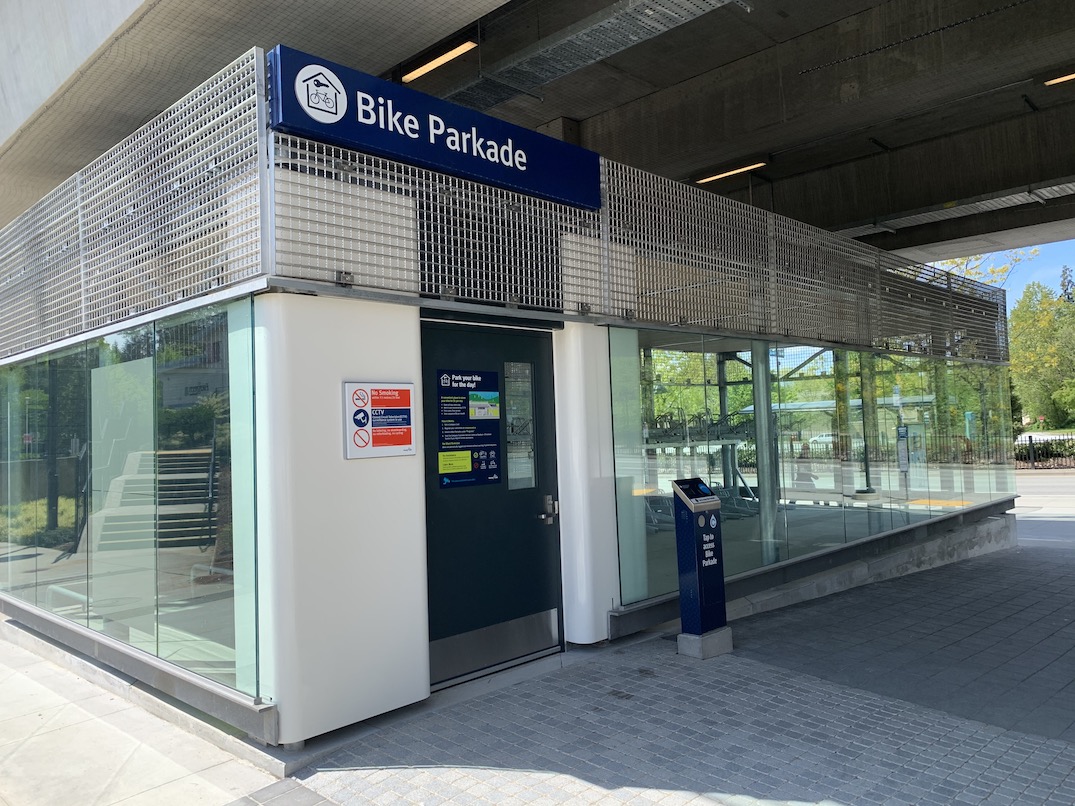 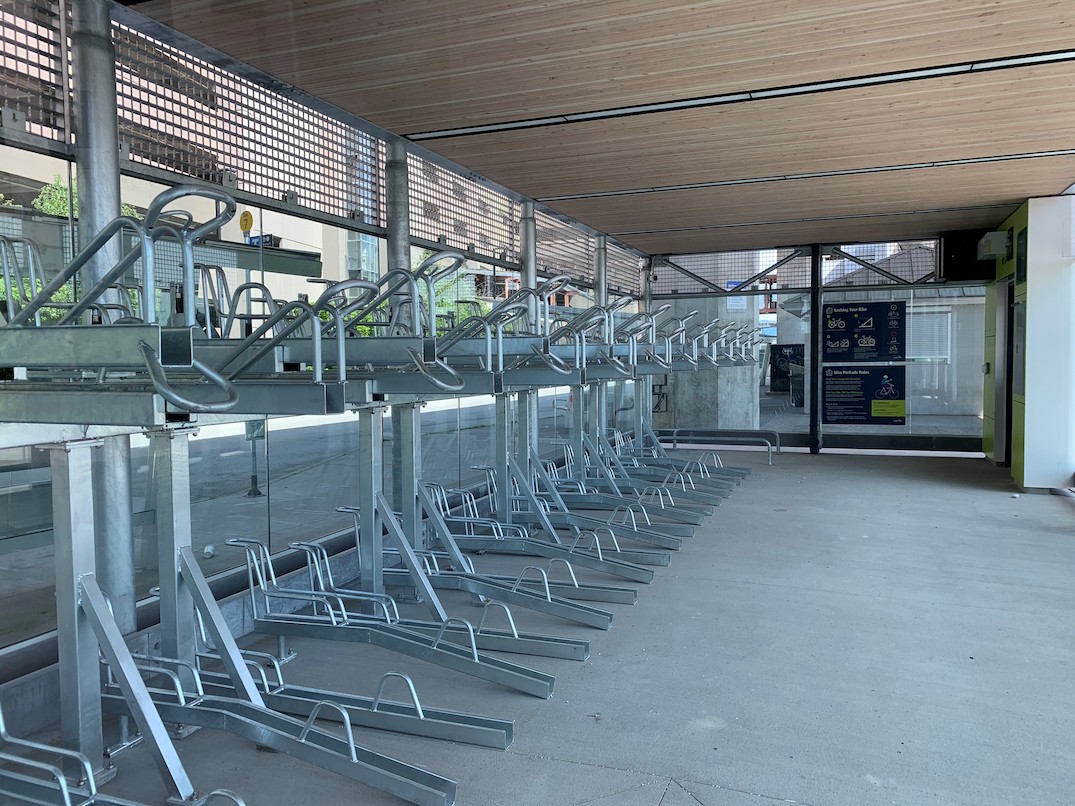 These bike parkades were incorporated into larger station renovation and expansion projects, or as new standalone glass box structures.

Each bike parkade can store about 45 bikes, and adopts Crime Prevention Through Environmental Design principles, such as glass walls for visibility, lighting, and CCTV. They also feature a bike repair stand, air pump for bike tires. 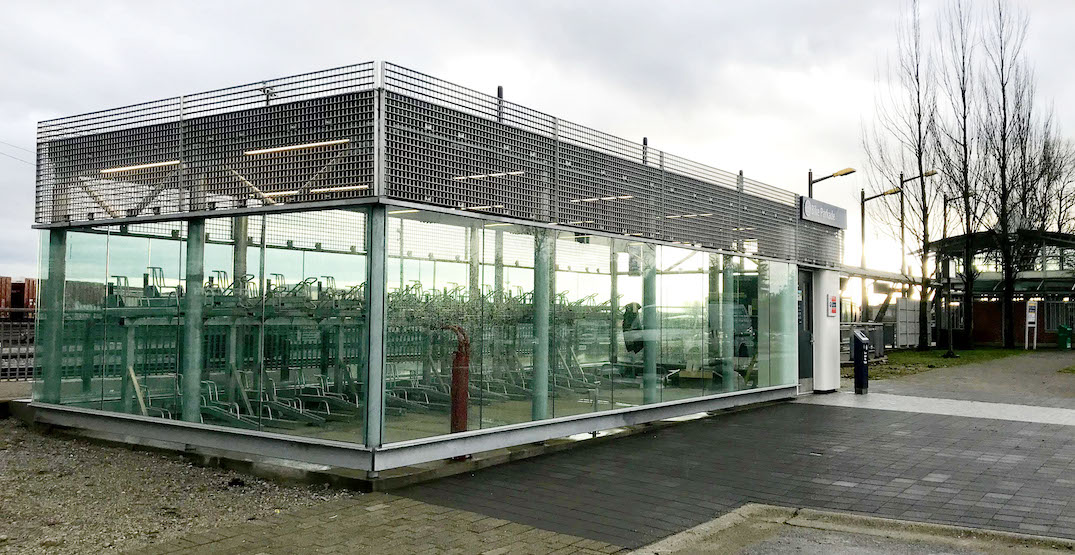 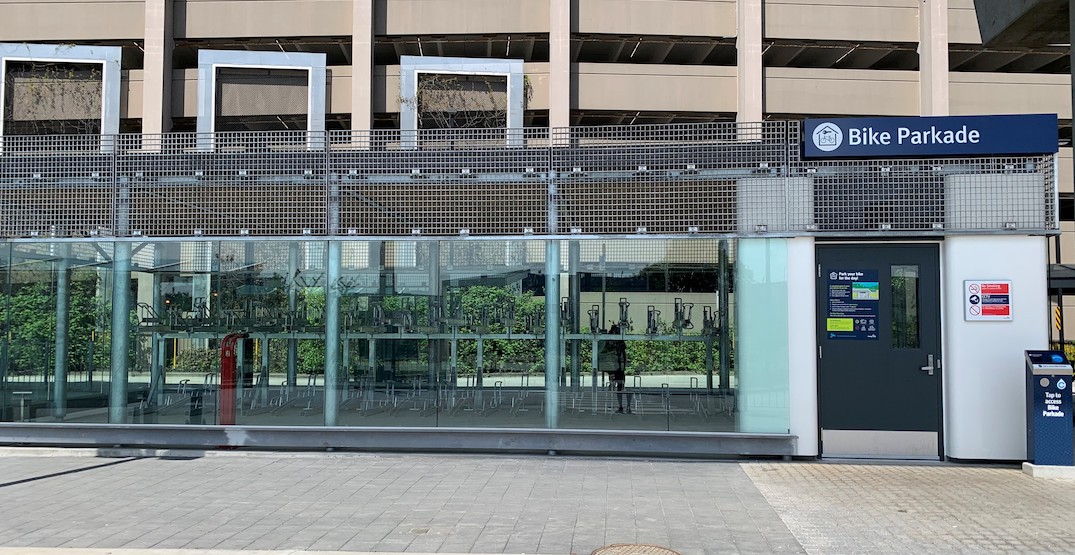 These facilities are accessible to users 24/7, meaning the bikes can be stored at the locations overnight. Parking space is on a first-come, first-served basis.

Only customers enrolled in the Bike Parkades program can access the facilities using their registered Compass Card, and parking space is on a first-come, first-served basis. Usage fees are set at $1 per day, with fees capped at $8 per month.

These bike parkade projects received $2 million in funding from the federal government, $1.4 million from the provincial government, and the remainder from TransLink.