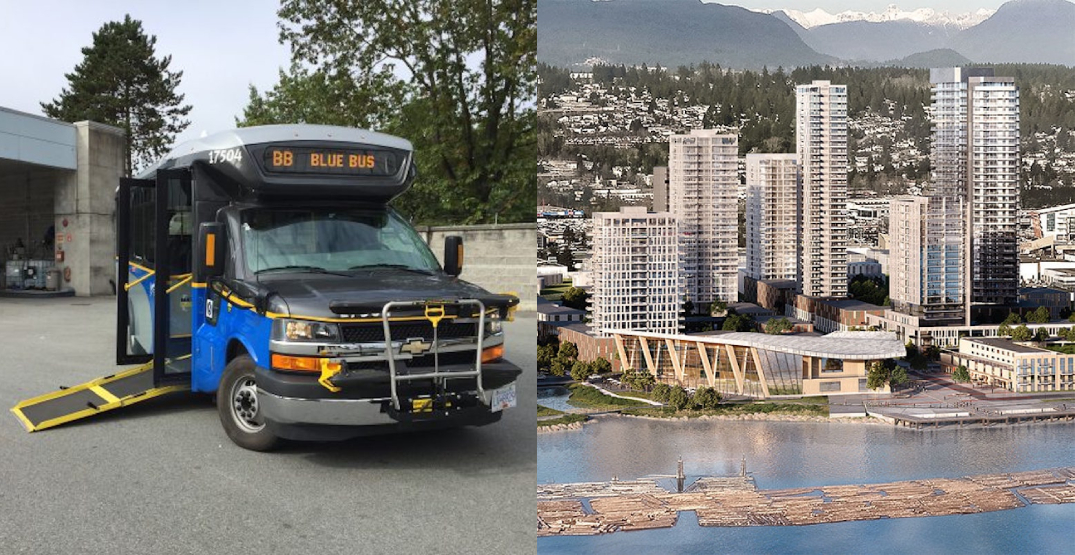 A unique partnership between TransLink and a local real estate developer will produce a new bus route operated by the public transit authority.

As one of the requirements for the Fraser Mills redevelopment to receive full approval from the City of Coquitlam, Beedie Group is required to work with TransLink to establish a frequent bus service to serve the new community.

Fraser Mills is slated for a 91.5-acre site along the Fraser River’s industrial waterfront, just south of Highway 1, IKEA, and Cineplex. The developer intends to build 16 towers with heights of between 29 storeys and 49 storeys, containing 5,500 homes and 800,000 sq ft of industrial, office, and local-serving retail and restaurant spaces.

There could potentially be as many as 10,000 residents and 1,700 on-site jobs upon full buildout over multiple phases. 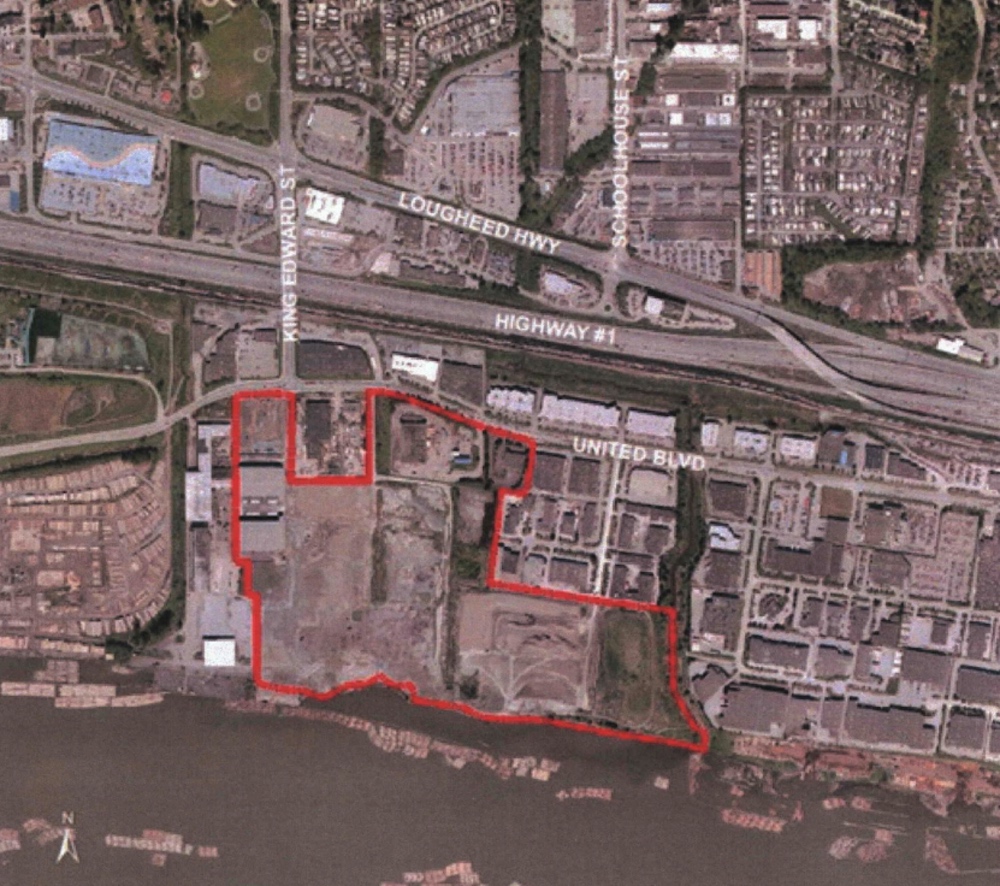 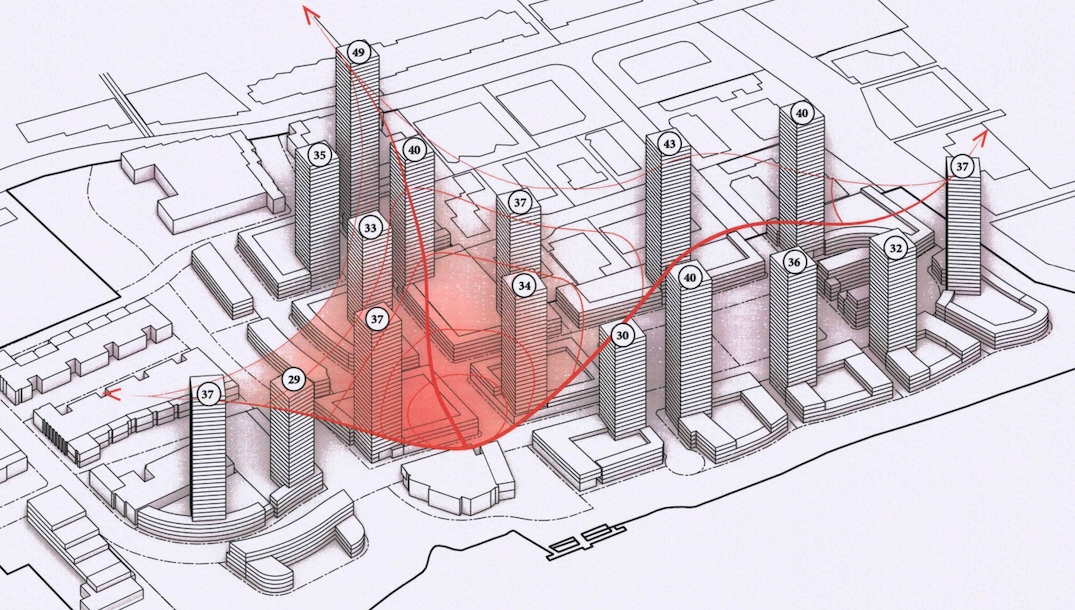 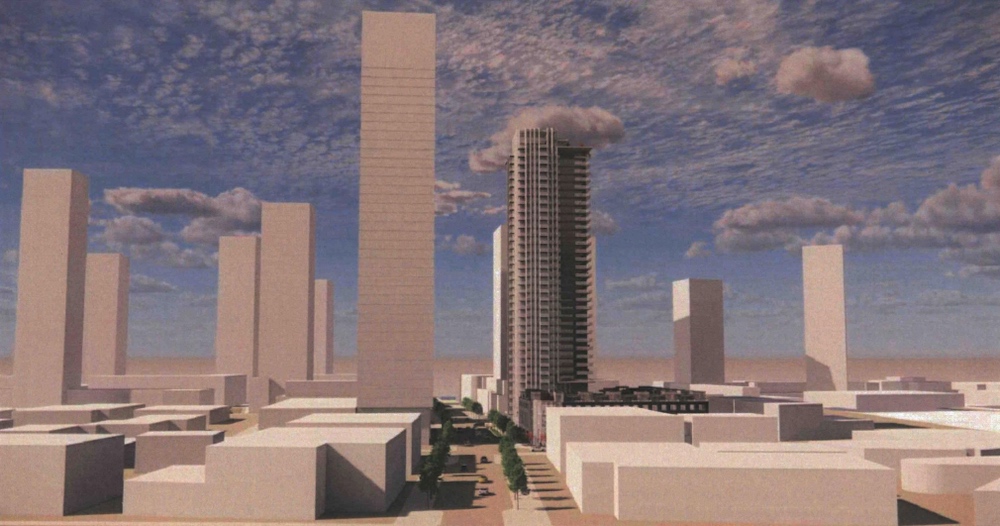 But this location is challenged by its lack of quality, frequent public transit services, and the current lack of residential and employment density to drive fare-paying ridership means such a service would have to depend on subsidies to cover operating costs.

To address these issues, Beedie will provide annual funding to cover a portion of the annual operating costs of the new bus route, and TransLink will provide matching funds.

This will be a community shuttle bus route operating between SkyTrain Braid Station and Fraser Mills via Lougheed Highway and King Edward Street, with stops to serve businesses along the way, including major retailers like IKEA, Canadian Tire, Superstore, and a future T&T Supermarket. 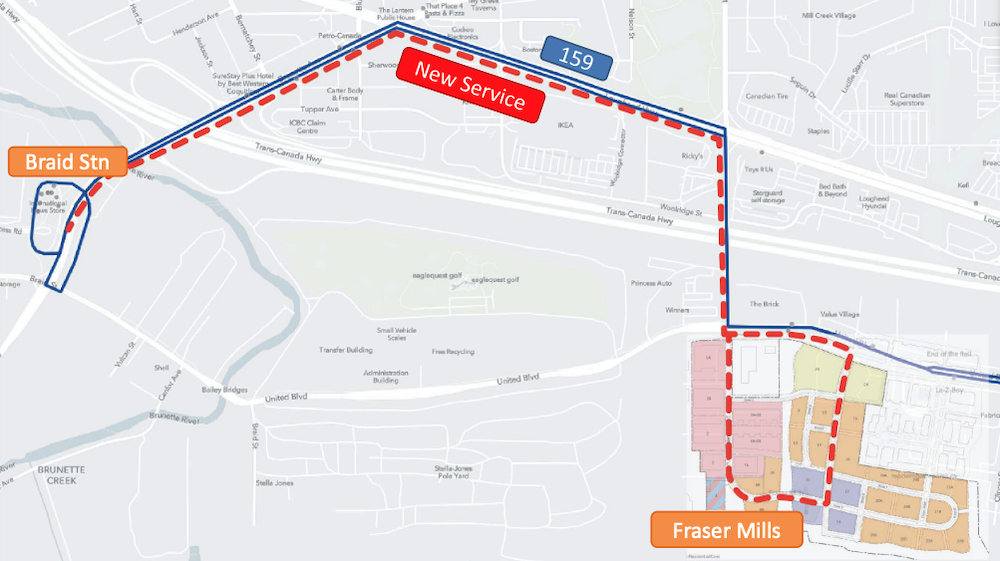 This bus route will run every 30 minutes, and when combined with the existing No. 159 route between Braid Station and Coquitlam Central Station, which passes by Fraser Mills, this fulfills the municipal government’s requirement of establishing a frequent transit network service (every 15 minutes or better) to serve the massive development.

Two new community shuttle bus vehicles would be used and the annual operating cost is pegged at $1.125 million.

Beedie’s share of the annual subsidy will end when 50% of the overall Fraser Mills redevelopment reaches completion, which is expected to take six to eight years after the initial start of construction. It is anticipated that a 50% buildout of the project will generate enough ridership to support the service.

This shared funding model requires the Mayors’ Council and TransLink’s board of governors’ approval. Alternatively, a second option would require Beedie to cover 100% of the operating costs over the same timeline, but the provided level of service would likely be lower. The shared funding model is preferred by TransLink staff for the ability to leverage funding to operate an enhanced service. 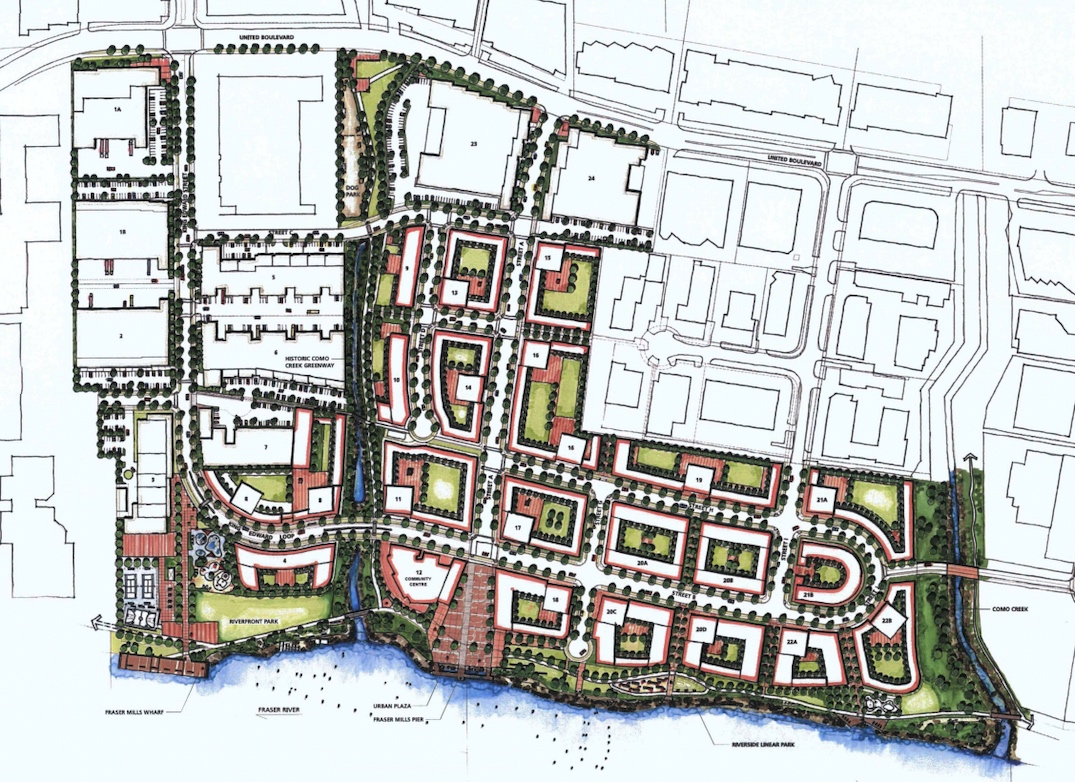 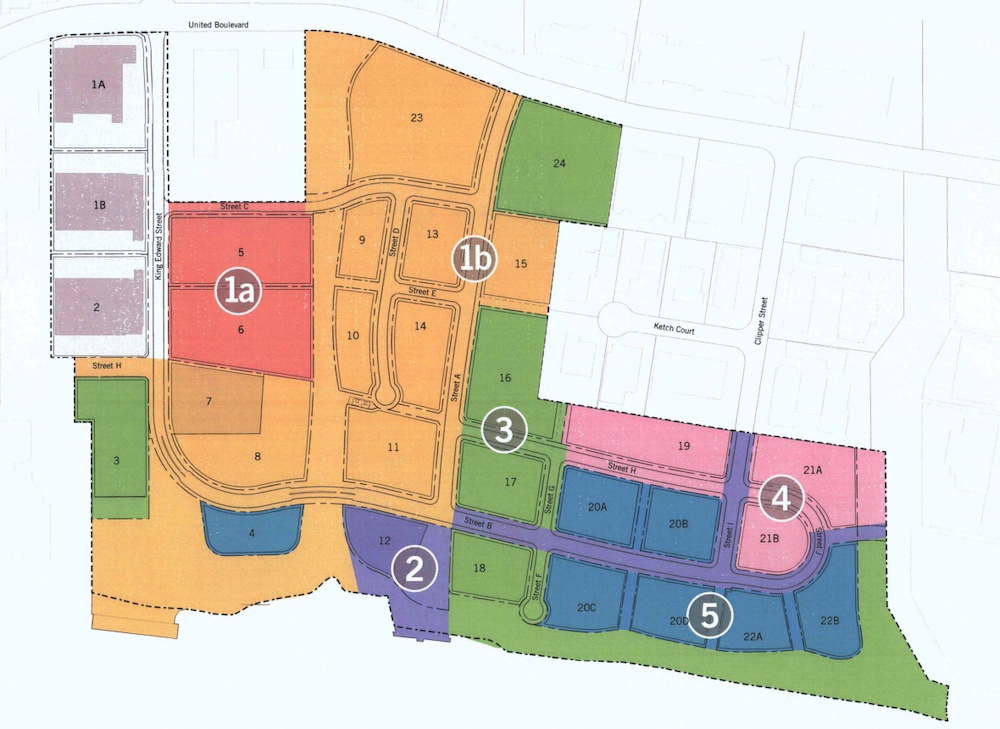 The negotiations and planning for such a bus route necessitated TransLink creating a new classification of business partnership model. This is a first for the public transit authority.

After the Beedie subsidy ends, TransLink would then decide whether to continue or discontinue the service, which is primarily dependent on available funding.

Wesgroup Properties’ River District in Vancouver’s East Fraserlands experienced similar conditions and issues and the current transportation planning for Fraser Mills appears to be an attempt to repeat the same scenario.

In early 2020, TransLink self-funded and launched the new No. 31 bus route between River District and Metrotown Station. This came after the completion of several major River District phases, highly apparent traffic congestion issues, and growing calls for direct public transit services. The redevelopment of the former 130-acre industrial site in the southeasternmost corner of Vancouver will see up to 18,000 residents and over 500,000 sq ft of office, retail, and restaurant space upon full buildout.

Currently, after more than a decade since the construction began on the first buildings, River District is home to just under 4,000 residents. The neighbourhood’s full buildout is expected in the 2040s.