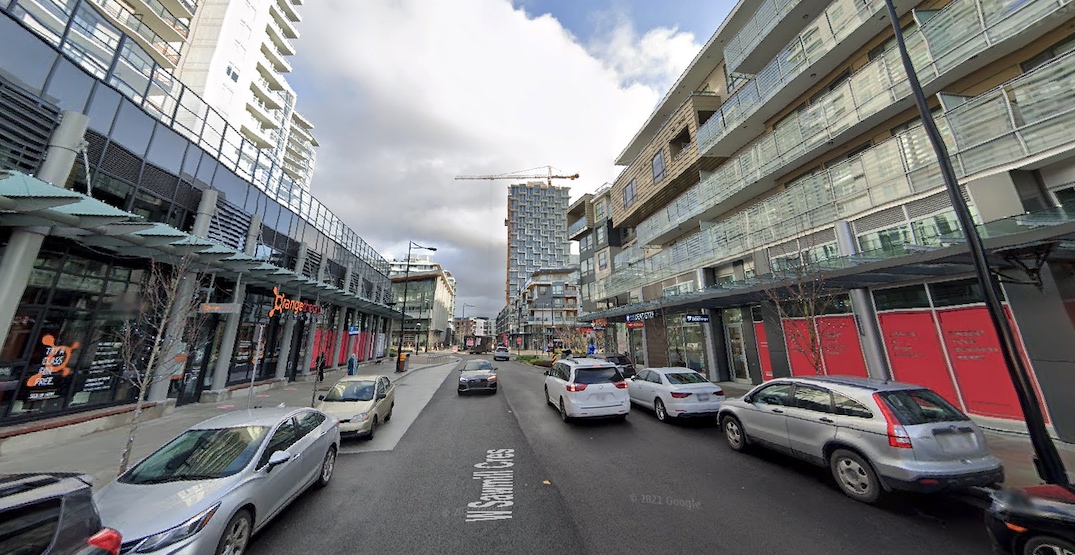 A retail area within River District in Vancouver. (Google Maps)

Space and water heating needs for the growing River District neighbourhood in Vancouver’s Easter Fraser Lands will be supplied by the nearby existing Waste-To-Energy Facility (WTEF).

Metro Vancouver Regional District announced today an agreement has been reached to have River District Energy acquire up to 10 megawatts of heat from the region’s Waste-To-Energy Facility, located about four km away in South Burnaby’s Big Bend industrial area.

“Metro Vancouver is committed to being part of the solution in the fight against climate change, and we are thrilled to partner with River District Energy providing cost effective energy in the pursuit of lower emissions and energy efficient communities,” said Sav Dhaliwal, chair of the board of directors for Metro Vancouver, in a statement.

The neighbourhood’s heating needs will be met by tapping into new heat recovery capabilities at the facility, which turns the region’s garbage into electricity by burning it as the fuel source.

Heat from burning garbage in the incinerator is used to turn water into steam, which is directed to the turbine generator to produce electricity. Currently, about 25% of Metro Vancouver’s garbage is sent to WTEF, and it already produces about 22 megawatts of electricity or enough power for 16,000 homes, which is sold to BC Hydro for its grid. 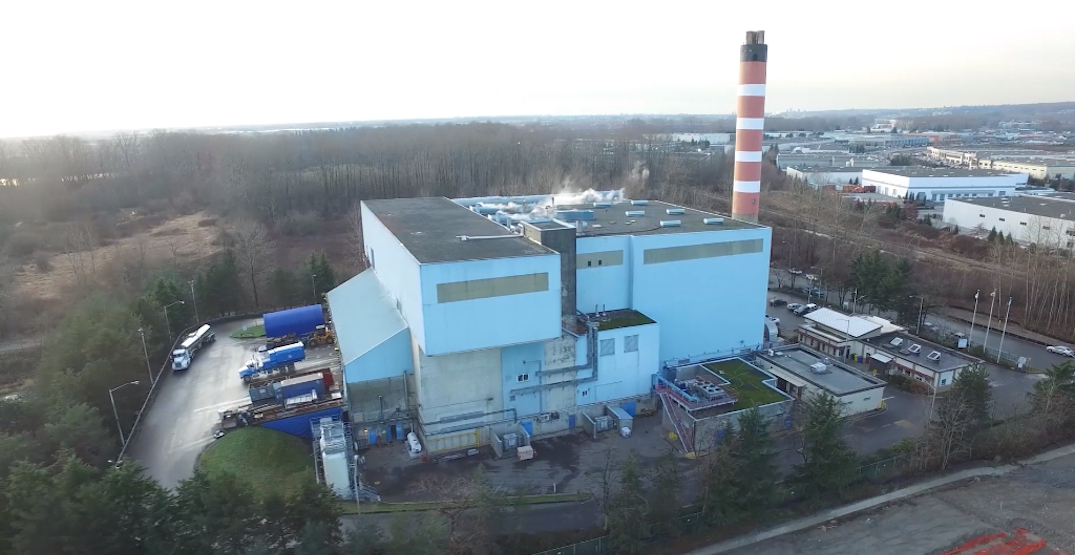 The steam from the electricity generating process will be used for River District, which could save up to 45,000 tonnes of greenhouse gas emissions annually, and reduce the neighbourhood’s reliance on natural gas. This is equivalent to reducing emissions by up to 90% or taking all of the vehicles in River District off the road.

To achieve this, the first phase of the regional district’s involvement in the project will construct an energy centre next to the WTEF, and a pipe system to provide hot water to River District. Detailed project design for the $55-million energy centre at the incinerator and piping will begin early this year, while construction of a district energy centre within River District to receive the heat from WTEF will begin in 2023.

The regional district’s new additional infrastructure for WTEF will be built to a size that can accommodate future system expansion to provide the heating needs of more neighbourhoods, specifically within Burnaby. The construction and operating costs will be completely funded through energy sales. 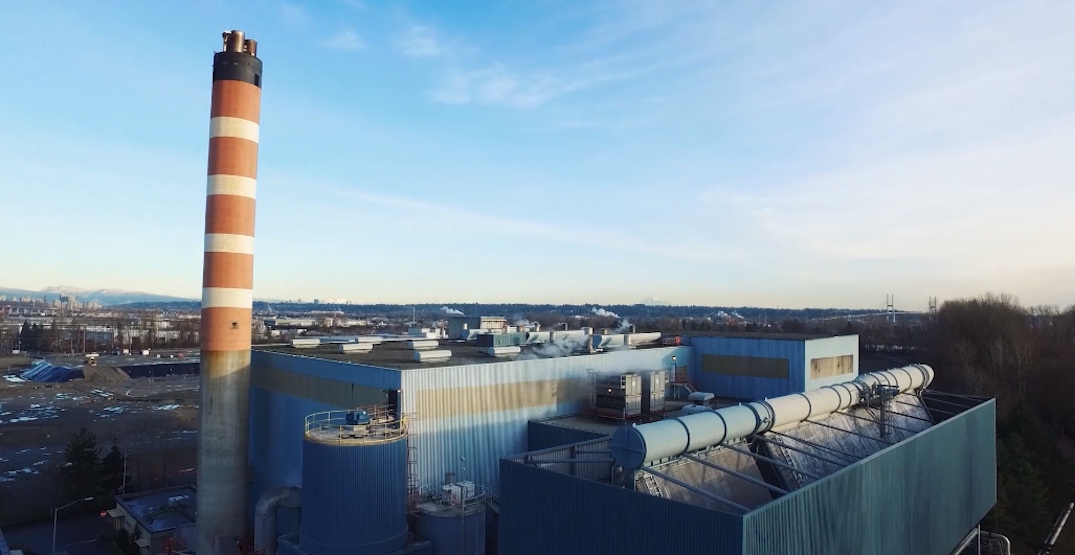 Developed by Wesgroup Properties, the 128-acre River District neighbourhood is expected to see 18,000 residents and over 500,000 sq ft of office and commercial space upon full buildout in the 2040s. Currently, after more than a decade since the construction began on the first buildings, River District is home to just under 4,000 residents.

“River District Energy has for a decade been supplying affordable, reliable space heat and hot water to the residents of River District,” said Malcolm Shield, vice president of sustainability for Wesgroup.

“This deal marks the next step in the service we provide to our customers. Almost eliminating our use of natural gas allows the residents and customers we serve to play their part in tackling climate change, while still receiving safe, reliable and affordable heat.”

The changes to the additional residential floor area create about 1,850 extra homes, including 350 units of social housing, 500 units of secured market rental housing, and 1,000 condominium units.

The extra density, particularly for market residential uses, allows Wesgroup to better cover the significant cost escalation on their promised public amenities, which was finalized in 2010.

The public amenities package for the new neighbourhood were originally budgeted at $108 million, but it is now estimated at $234 million due to inflation and scope expansion.

About five years ago, the regional district suspended its plans to build a new waste-to-energy facility at a cost of about $500 million. The plant was previously deemed necessary to handle Metro Vancouver’s long-term garbage disposal needs, avoiding limited landfill capacity. But new recycling and composting practices introduced across the region in the middle of the last decade caused garbage volumes to plummet, and it was later deemed that there would not be enough garbage for even a downsized facility.