TransLink has announced that two new major bus routes have been approved and will begin operation this spring.

Route 31 will operate between Metrotown Station and River District in Vancouver’s East Fraser Lands. There is growing traffic demand and a need for transportation alternatives to serve the density forming from the 130-acre redevelopment for up to 15,000 residents and 250,000 sq.ft. of new commercial space. 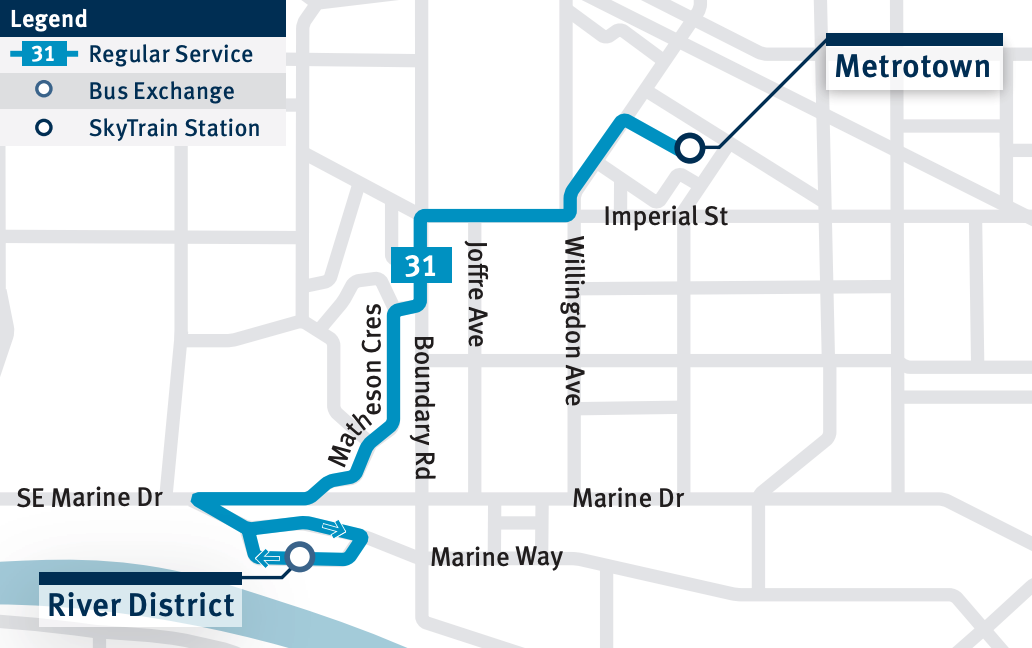 Route 222 will serve as a limited-stop express service that connects North Vancouver’s Phibbs Exchange to Burnaby’s Metrotown by going through the Ironworkers Memorial Bridge and Willingdon Avenue. The service will only have six stops over the course of the entire route and will allow access to transit hubs such as Phibbs Exchange, the Kootenay Bus Loop, Brentwood Town Centre SkyTrain Station, BCIT, and Metrotown.

The 222 will only operate during peak hours on weekdays, however, and will operate at a 10-minute frequency between 6 to 9 am and 2 to 6 pm. 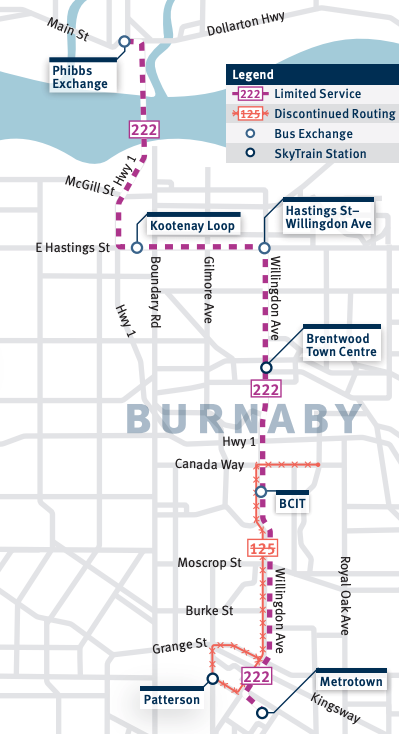 Funding for the route stems from a previously planned service increase of the No. 231 Harbourside route, which was cancelled due to lower-than-anticipated demand.

Kevin Desmond, CEO of TransLink, notes that the routes will have a large impact on students who attend BCIT and Capilano University.

“These new routes will make a big difference for students at BCIT and Capilano University, as well as residents in the River District, Burnaby, and the North Shore,” said Desmond in a statement. “This is part of our important commitment to deliver on the Mayors’ 10-Year Vision and provide more and better transit services to customers across the region.”