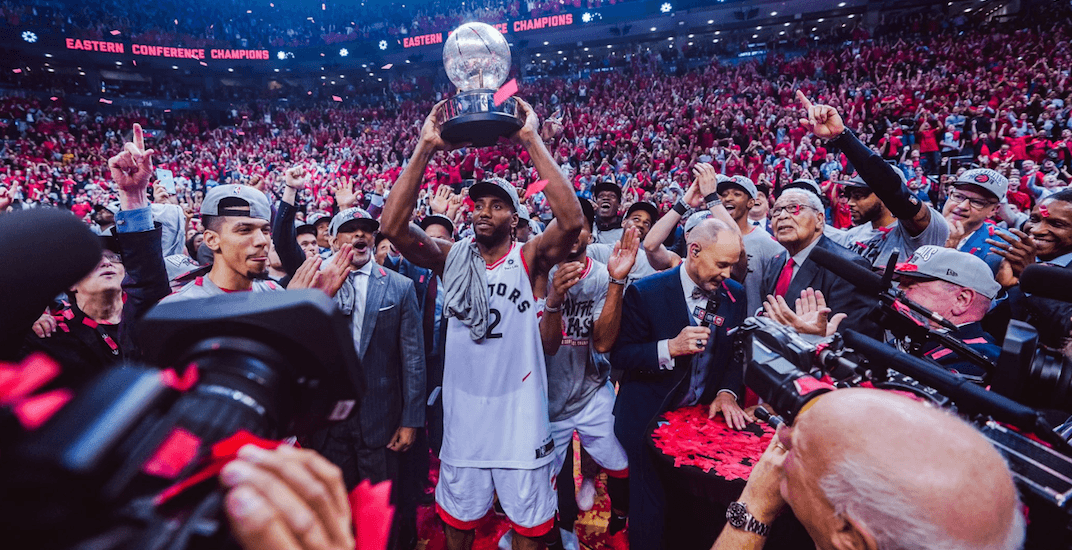 The Toronto Raptors are in unchartered territory, and not just because they’ve advanced to the NBA Finals for the first time in their history.

Canada’s lone NBA team is smashing national television records, capturing the attention of the country like never before.

Saturday’s Raptors-Bucks game on Sportsnet reached 6.8 million Canadians — that’s roughly one out of every five people in the country — making it the most-watched NBA game ever in Canada.

The NBA Finals-clinching game surpassed the previous record, set less than two weeks earlier in Game 7 of the Raptors-76ers series. Saturday’s game drew a million more fans than that one — which included a Kawhi Leonard game-winning buzzer-beating shot to end it.

To get a sense of how far the Raptors have come on a national scale, consider that Sportsnet’s coverage of Game 1, 3, and 6 drew an average audience of 2.1 million viewers and reached a total of 8.4 million Canadians, marking a 77% increase over the Raptors’ last Conference Finals appearance against LeBron James and the Cavs in 2016.

If the Raptors can hang with the Warriors — which will be no easy task given they’re one of the greatest teams of all-time — expect those numbers to climb even higher during the Finals.