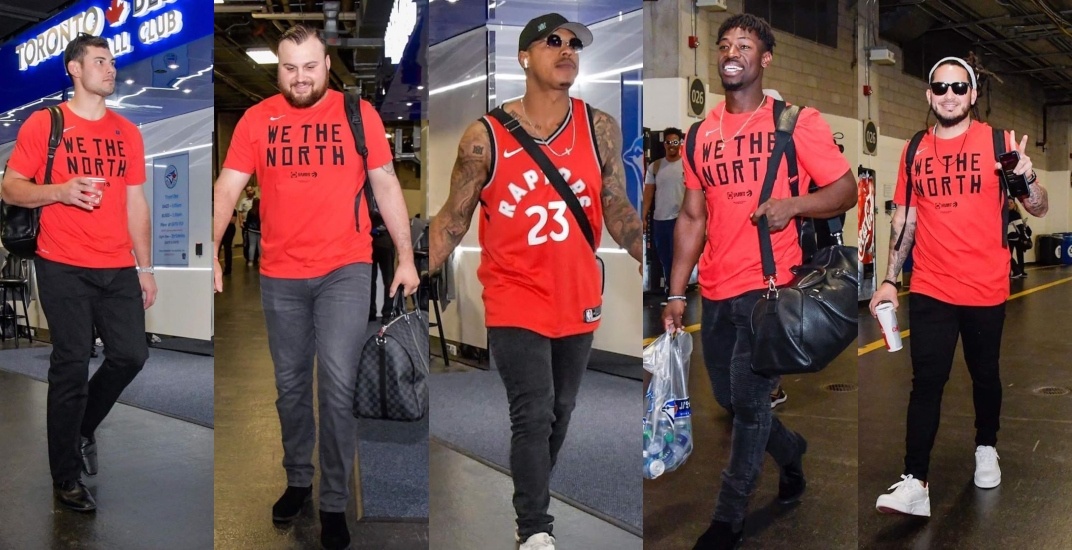 The entire country has caught Raptors fever and that means everyone’s on board to support Canada’s lone NBA team. The Raps’ vast and wide support system includes another pro squad that plays just a few blocks down Bremner; the Toronto Blue Jays.

As the bluebirds left Toronto for their road trip to Tampa Bay, the full Blue Jays roster was decked out in Raptors gear as they departed the Rogers Centre. This movement was spearheaded by Marcus Stroman, who’s a self-appointed Raptors fanatic.

The Stro Show was in attendance at Scotiabank Arena on Saturday when the Raptors made history and punched their ticket to the NBA Finals (so was Aaron Sanchez and Buck Martinez, by the way).

According to Sportsnet’s Ben Nicholson-Smith, Stroman and Blue Jays closer Ken Giles convinced his fellow teammates to show some love for their intercity brethren. What followed was a sea of Raptors red exiting the Blue Jays clubhouse.

The North is behind you! 🇨🇦

Go get it, @Raptors 👊 pic.twitter.com/YnawO8rIpe

It’s not unusual for teams to have “outfit themes” before they head out on a road trip. In this particular case, the Blue Jays opted to throw their support behind the hometown Raptors.

#Bluejays on the way to Tampa Bay showing their support of @Raptors pic.twitter.com/TJd4FZAc7a

Every single member of the Blue Jays 25-man roster was spotted wearing a “WE THE NORTH” t-shirt. Stroman switched it up a bit, choosing to sport a Fred VanVleet Raptors jersey himself.

This may have been Stroman’s way of repaying the favour as VanVleet was shown sporting some “Height Doesn’t Measure Heart” apparel from Stroman’s clothing line just prior to Game 6 of the NBA Eastern Conference Finals.

Game 1 of the NBA Finals kicks off on Thursday in Toronto and you can bet there will be a good portion of the Blue Jays roster huddled around TV screens cheering on their fellow city-mates. 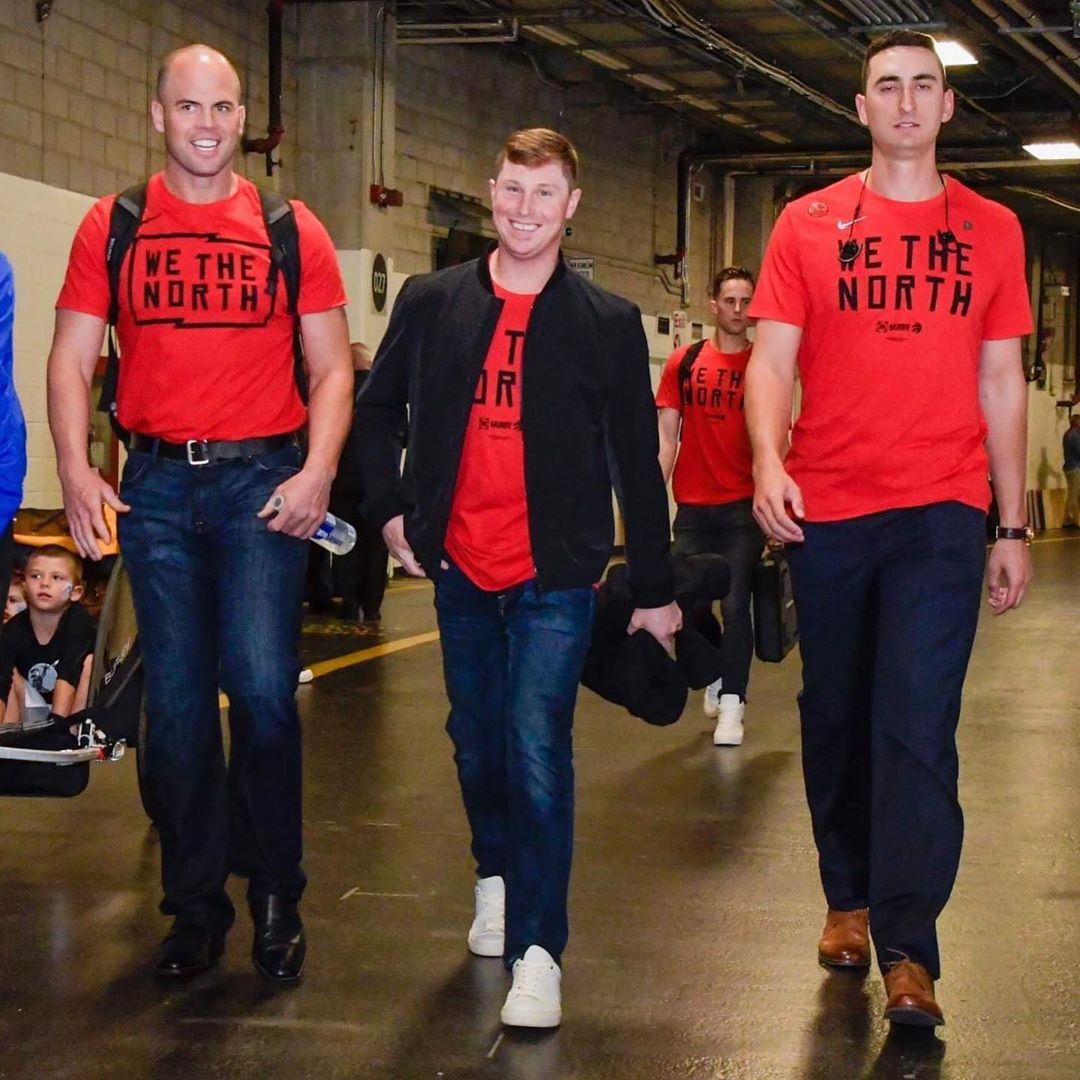 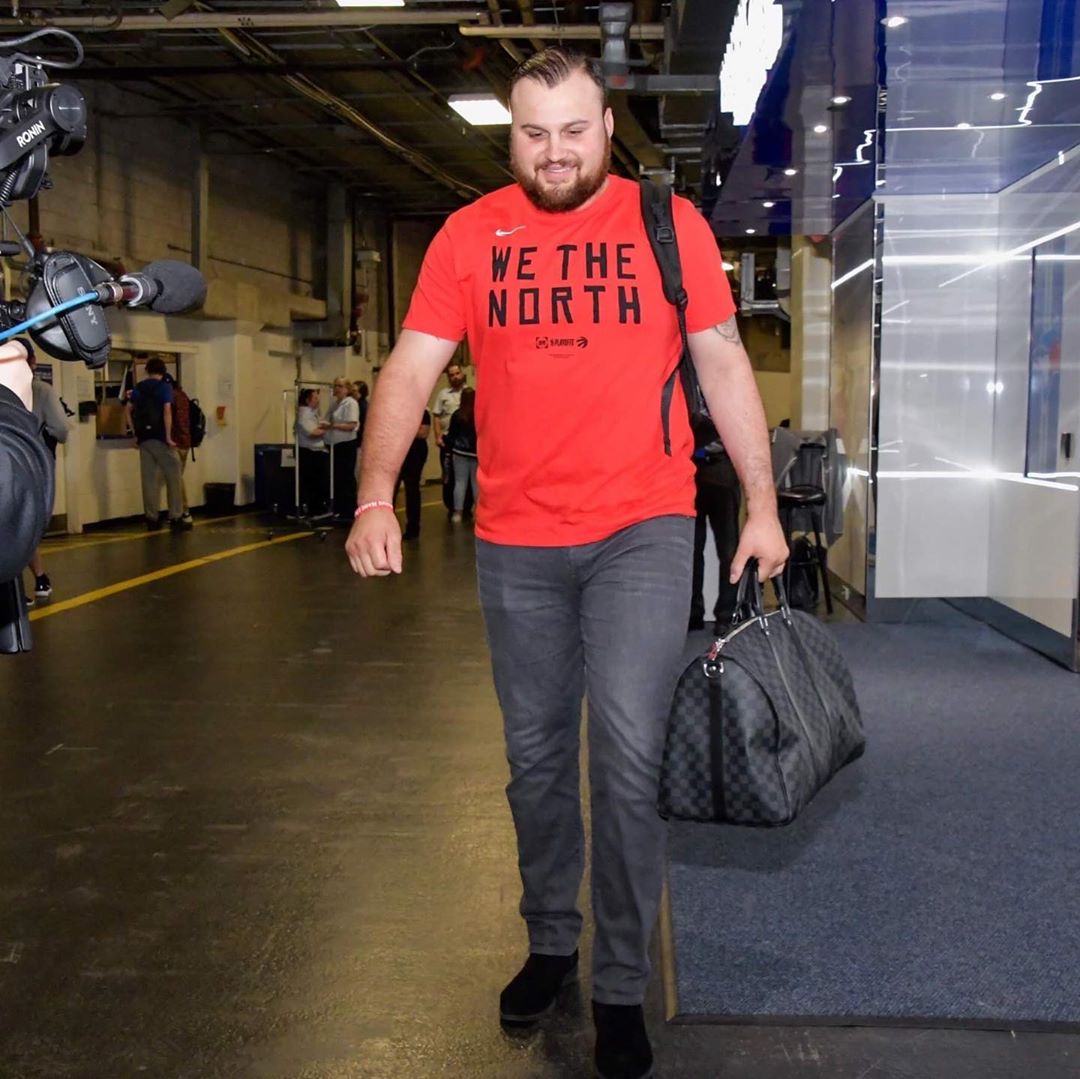 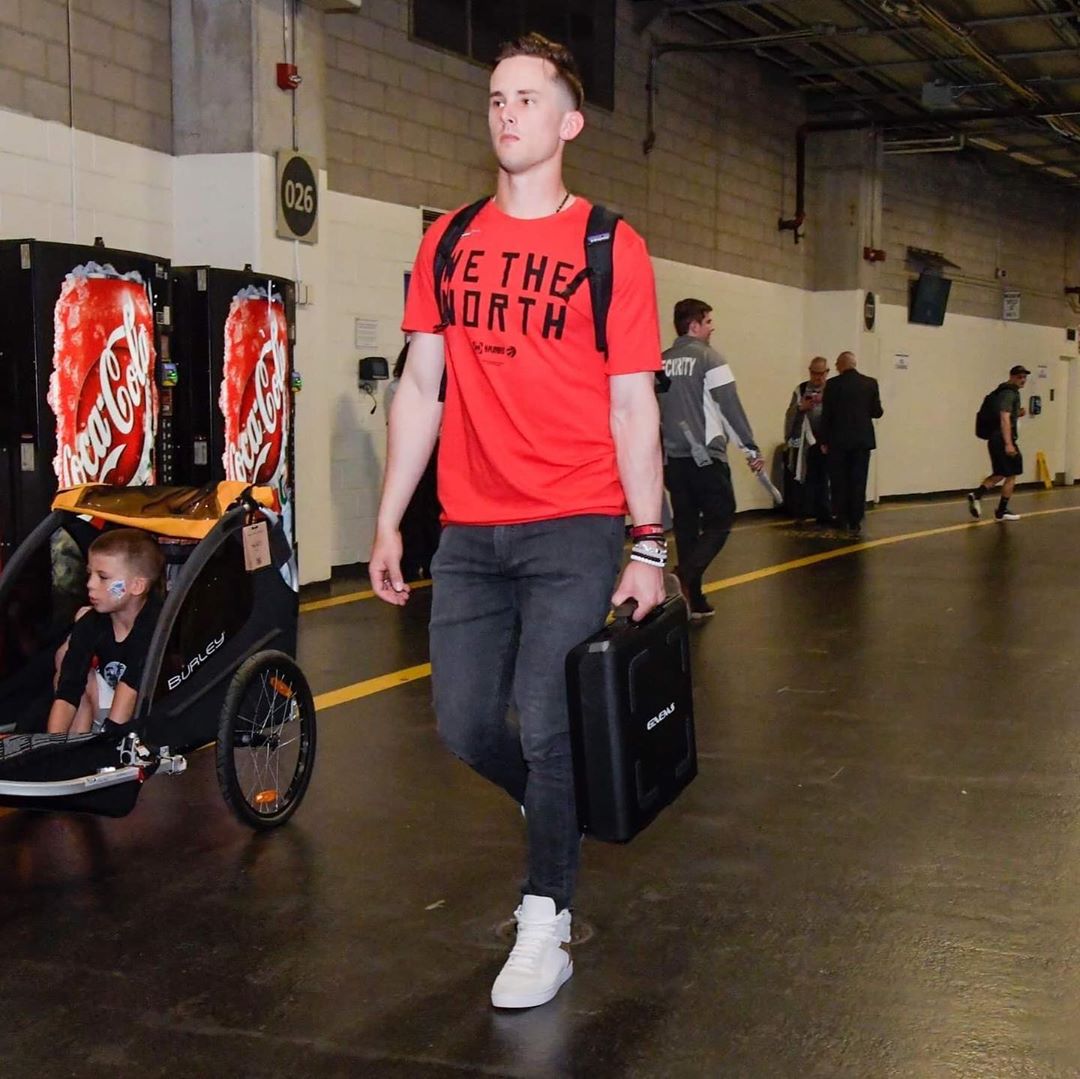 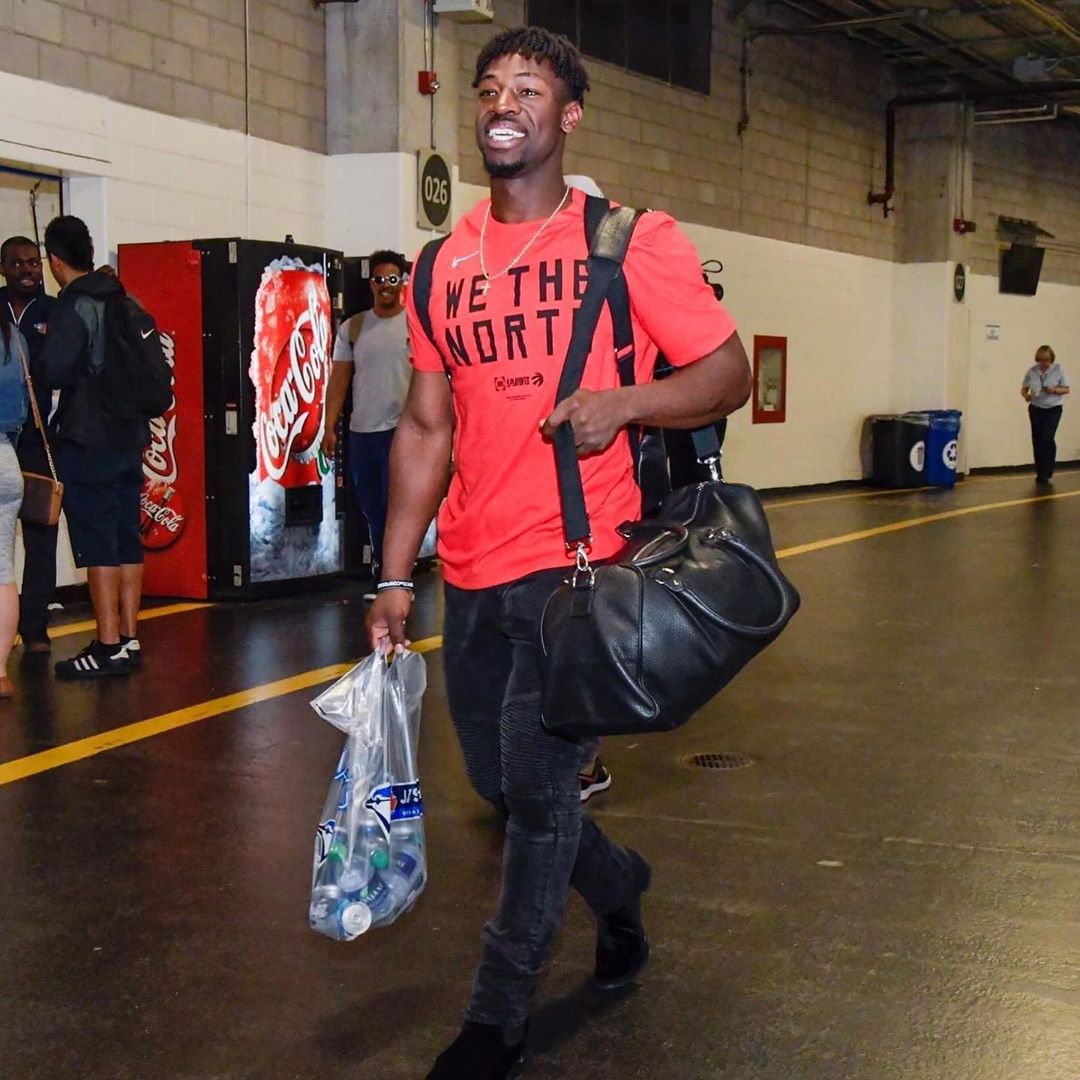 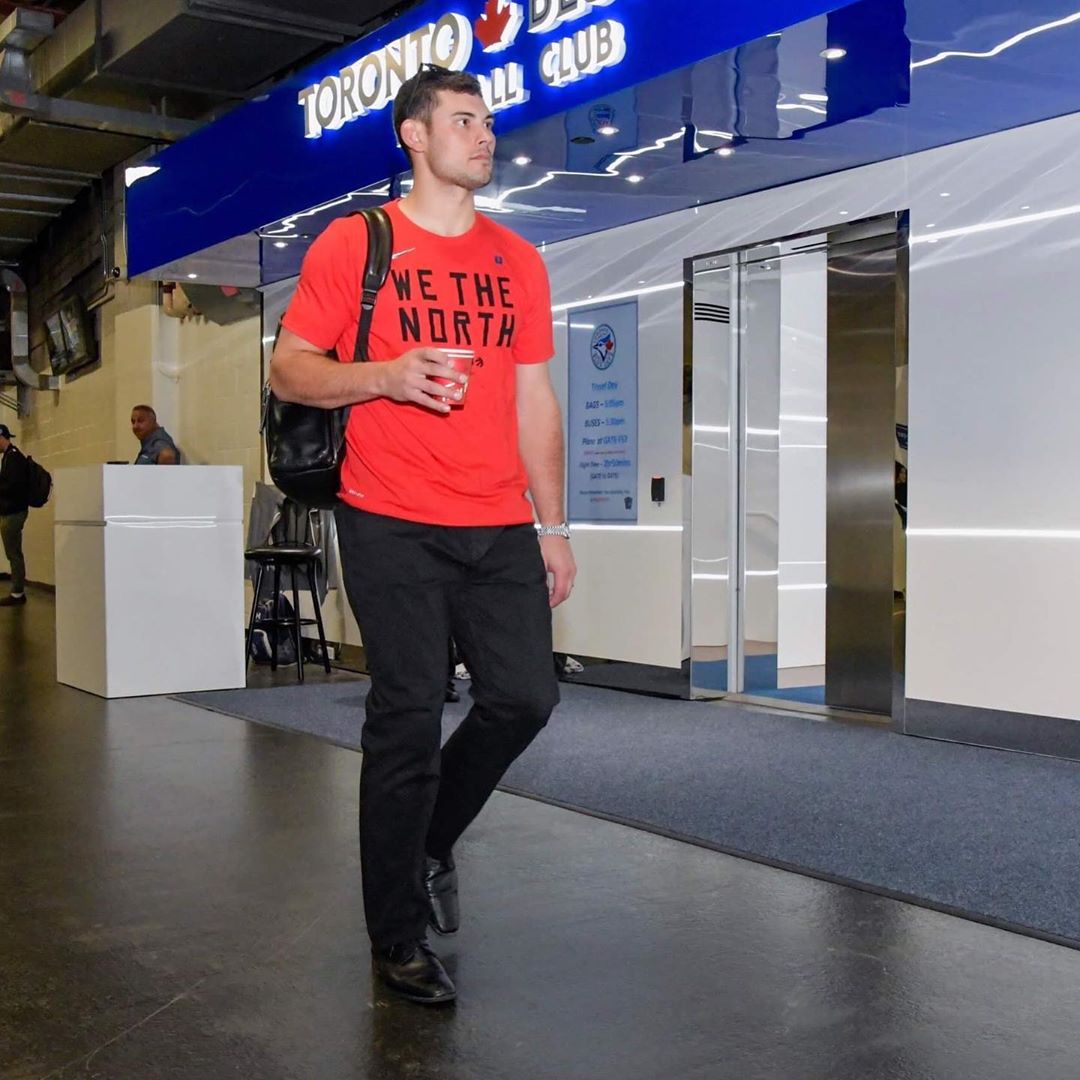 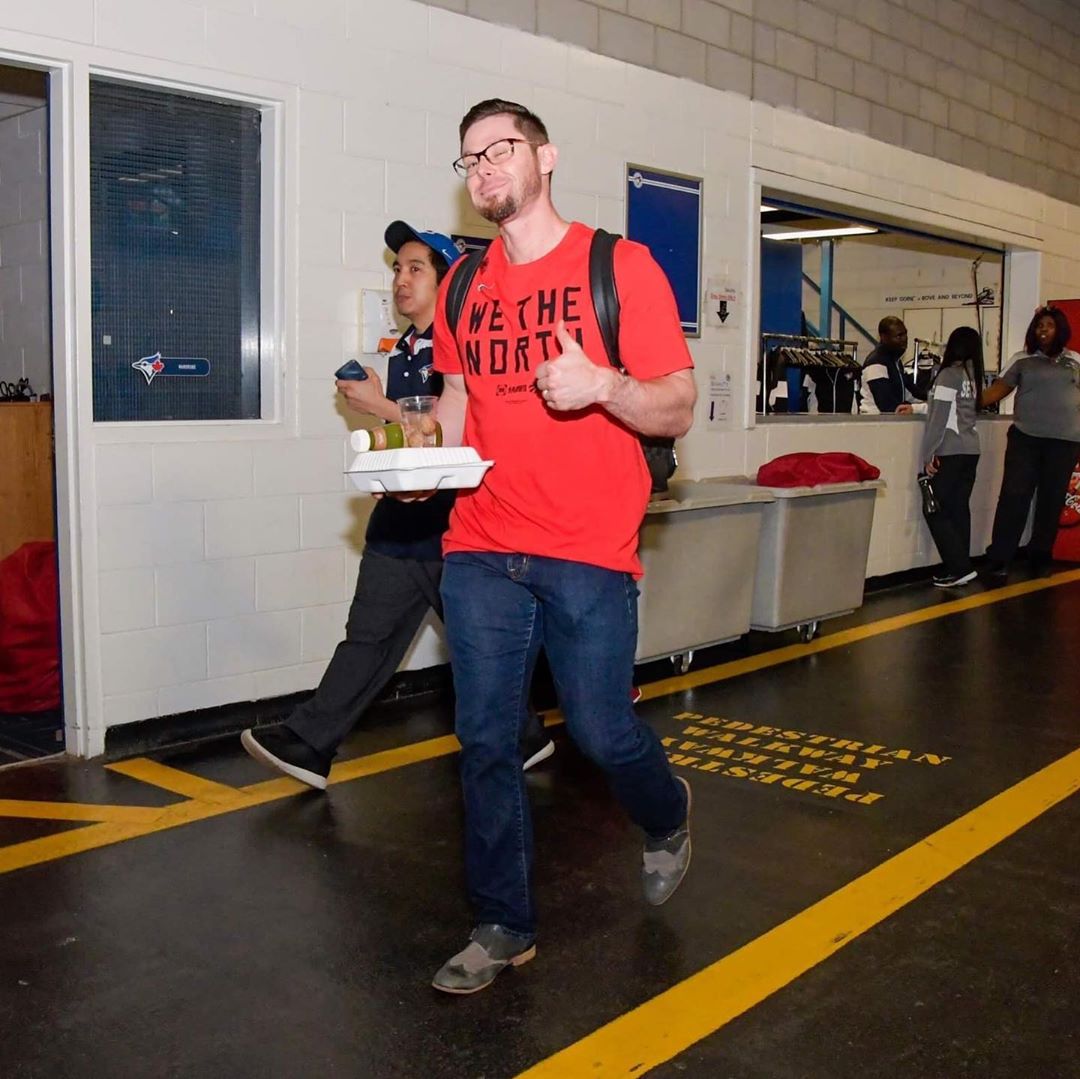 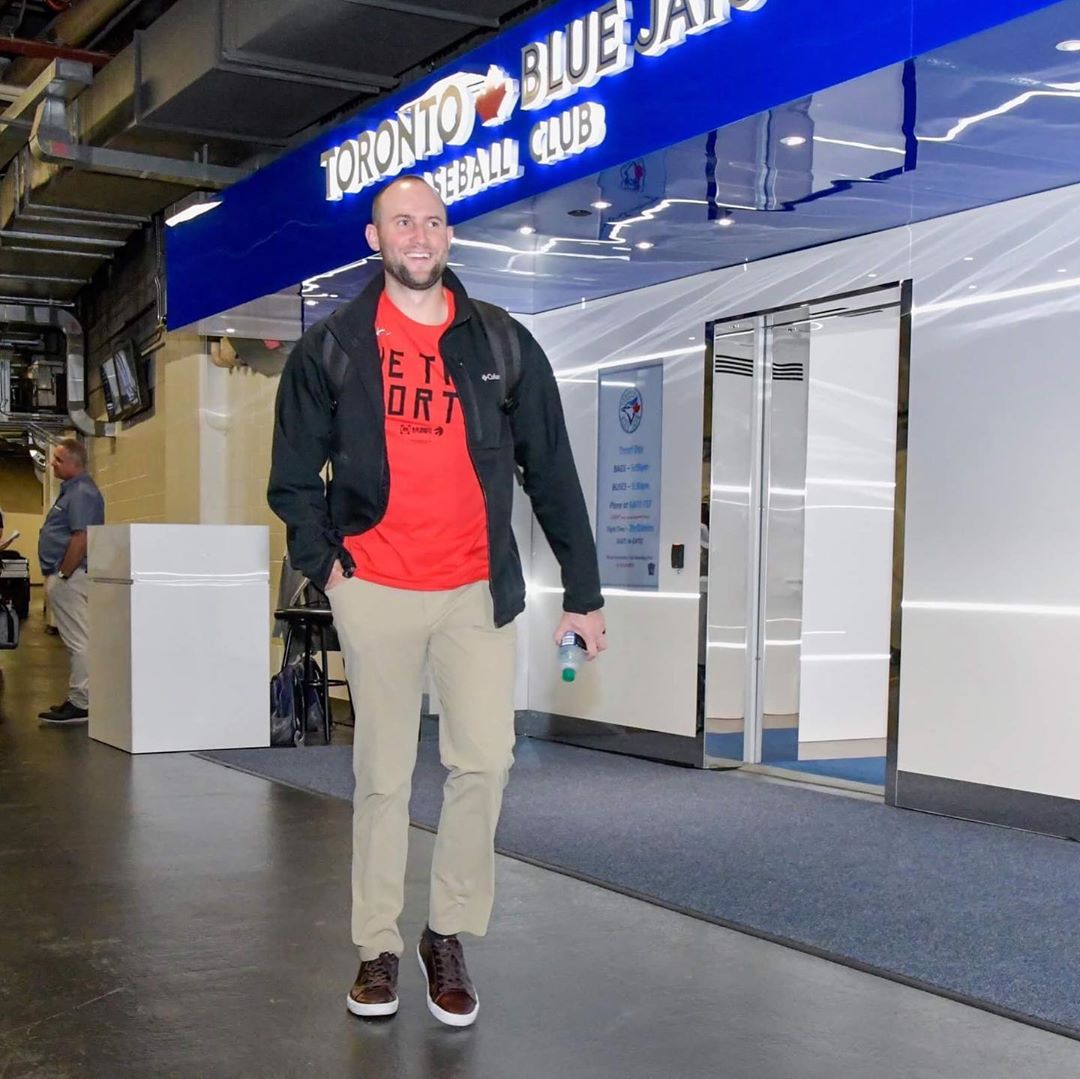 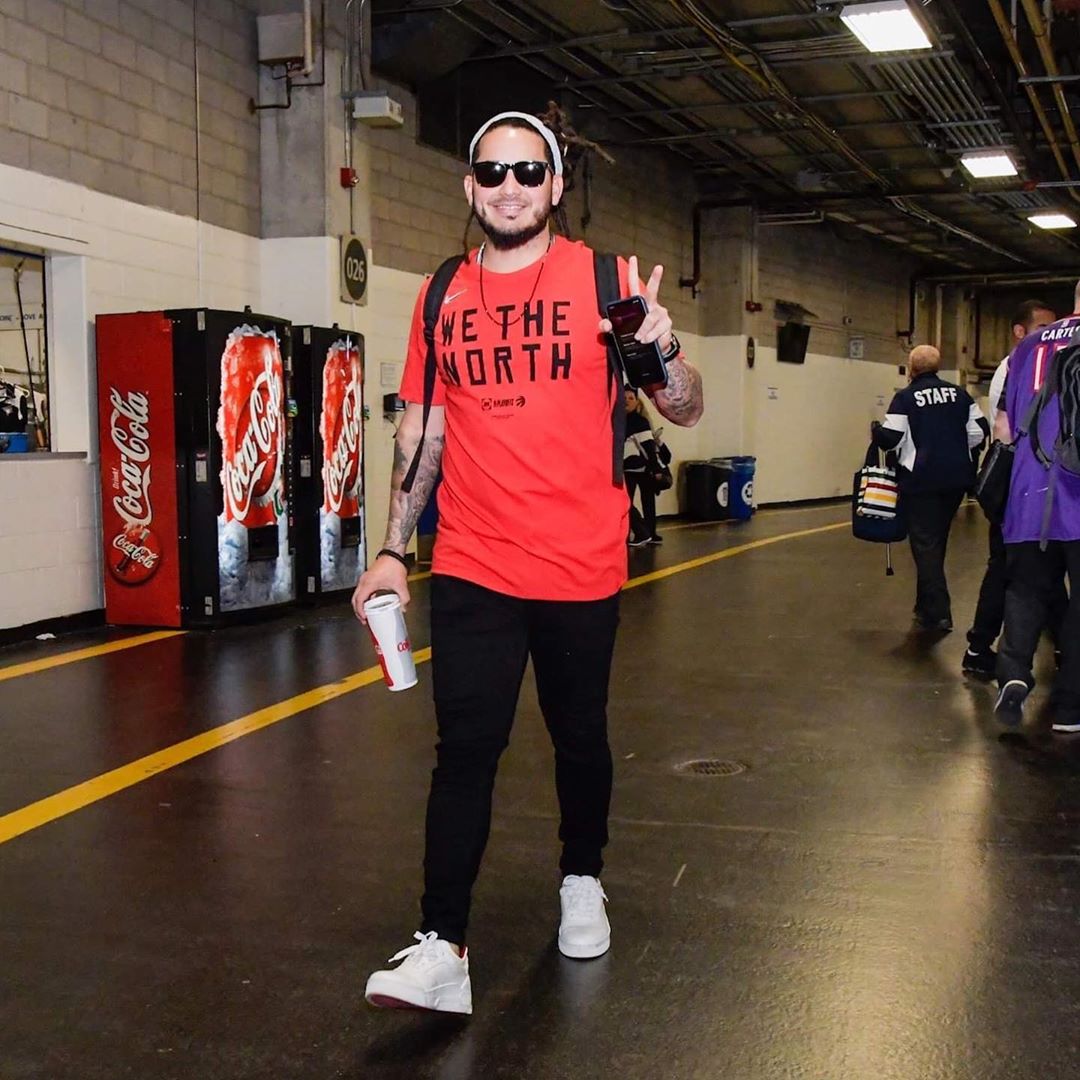