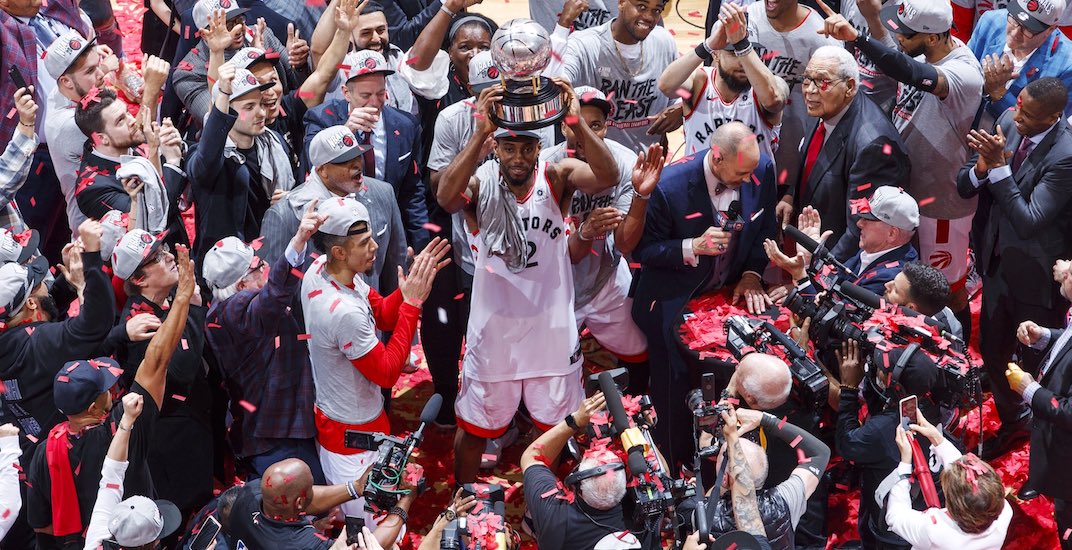 For the first time in franchise history, your team is going to the NBA Finals.

The Toronto Raptors came back from being down as many as 15 points in the third quarter to beat the Milwaukee Bucks 100-94 in Game 6 and win the series.

The Raptors trailed for most of the game, but an incredible 26-3 run gave them the lead early in the fourth quarter.

With the game neck-and-neck in the final minutes, it was Kawhi Leonard coming up clutch with a three-pointer to put the Raptors up by five.

Leonard had a quiet first half but turned it on in the second. He led all players in the game with 27 points, 17 rebounds, and seven assists, knocking down some clutch shots during the Raptors’ crucial 26-3 run.

Steady all series long, Kyle Lowry was a difference-maker once again for the Raptors. North Philly’s finest had 17 points, five rebounds, eight assists, and a number of immeasurable hustle plays to help lead the Raptors to the win.

Fred VanVleet had a big performance off the bench for the second game in a row. He played 33 minutes, dropping 14 points while shooting 4-for-5 from beyond the arc.

Pascal Siakam was a big factor as well, putting up 18 points while playing a game-high 41:29 in the deciding game.

The Raptors defence has been incredible all year long but may have been at its best in the second half of this game, limiting the Bucks to 44 points in the half and just 18 in the final quarter.

While the Raptors have gotten great performances from several players throughout these playoffs, they wouldn’t have gotten to this point without Kawhi – the superstar they acquired in the offseason.

The Raptors will now face their toughest test yet, taking on the Golden State Warriors who have won three of the last four NBA championships.

They’re underdogs for sure, but the Raptors will have home court advantage in the Finals. Game 1 is scheduled for Thursday in Toronto.