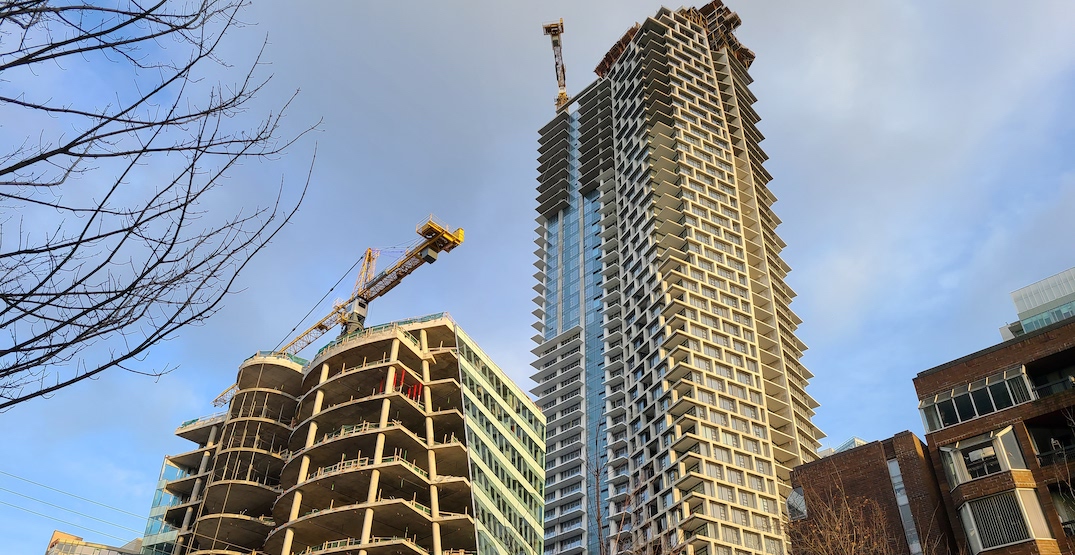 Construction progress of the Burrard Place complex, as of January 23, 2021. (Kenneth Chan/Daily Hive)

After just over a month in the interim leadership role, Vancouver City Council has formally appointed Theresa O’Donnell as the municipal government’s new director of planning and general manager of Planning, Urban Design, and Sustainability.

She replaces Gil Kelley, who suddenly departed from the position in the middle of March 2015 after over four years in the role. As the new chief urban planner, O’Donnell will also continue to be a voting member on the city’s development permit board (DPP).

O’Donnell is a relatively new addition to the city, as she first took on the role of deputy director of the department in March 2019.

Prior to her time in Vancouver, she served various roles with the City of Dallas over the span of nearly two decades, including the director of planning, interim assistant city manager, and chief resilience officer.

She was also the director of planning and development for Las Vegas, Nevada and Arlington, Texas.

“On behalf of City Council, I’m beyond thrilled to welcome Theresa O’Donnell as our new director of planning, a role that has never been more critical as we start building back from the COVID-19 pandemic and renew our focus on delivering housing that works for residents,” said Mayor Kennedy Stewart.

“Theresa has a well-earned reputation as a problem-solver, and I know we can rely on her professionalism and experience to help build a Vancouver that works for everyone.”

However, there has been rising criticism from the business community and city council over delays and inefficiencies with the department’s review process for applications and its planning initiatives.

The department is now nearing the halfway mark of the 10-year Housing Vancouver strategy, in the early consultation process of the Vancouver Plan, and moving towards the creation of draft plans for the Broadway Plan and Jericho Lands.

Over her time in Vancouver to date, the city credits O’Donnell’s work for shifting to virtual public hearings during the pandemic, bringing together multiple departments in an effort to streamline and simplify the rezoning and development processes, improving strong relationships with development industry partners, and leading “an organizational culture shift to innovation, best practice, and responsiveness.”

O’Donnell presided on a DPP meeting earlier this year that rejected an 11-storey tower redevelopment for the Shell gas station next to the future Arbutus Station in Kitsilano. She was amongst the three votes on the panel, which unanimously opposed the project. This was a significant decision as it was just the third time the DPP rejected an application since 2006.

“It is an honour to serve the City of Vancouver as the general manager of Planning, Urban Design and Sustainability, and I am grateful for the trust and confidence the mayor, City Council and city manager have placed in me,” said O’Donnell.

“I have the distinct privilege of working alongside a highly skilled team of talented professionals who are eager to learn, innovate, and bring fresh solutions to the challenges facing our city. They inspire me every day and I am excited by what we will achieve together.”

O’Donnell’s appointment comes just after a week Paul Mochrie was named by city council as the new city manager, replacing Sadhu Johnston, who departed from the role early this year. Mochrie was previously the deputy city manager since 2015.