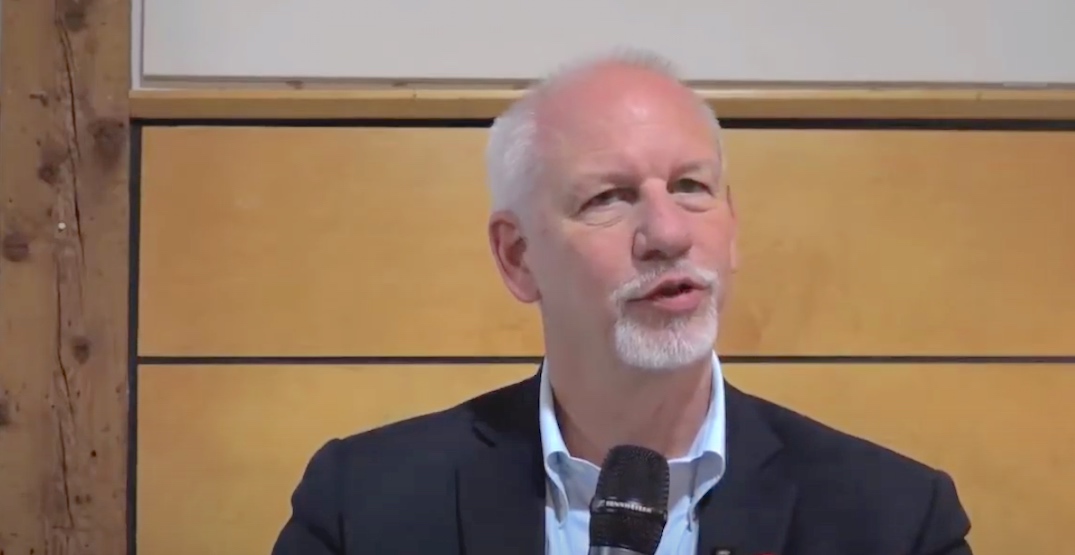 There is a major changeover in leadership within the City of Vancouver, as the general manager of planning, urban design, and sustainability has abruptly departed from the position.

In a statement to Daily Hive Urbanized, the municipal government says chief urban planner Gil Kelley has left the role to “pursue other endeavours.”

“We want to recognize and thank Gil for his hard work and many important contributions as a member of the City Leadership Team,” reads the statement.

Theresa O’Donnell, the deputy director of the department, has been appointed by the city council to serve as the director of planning and general manager on an interim basis. She will take over this responsibility effective immediately and work with Gil over the coming days for the transition.

Kelley, who is from the United States, reportedly travelled to Oregon in late November 2020 to be with family, and it was previously stated that he had plans to return to Vancouver in early January 2021. It is not immediately clear if he has since returned to Oregon.

City staff were asked in the New Year not to travel, and that policy applied to all staff.

He joined the municipal government in September 2016, leaving his previous role as the director of citywide planning for the City of San Francisco.

Prior to his time in San Francisco, he held leading municipal planning positions in Portland for about 10 years, and in Berkeley, California for 14 years.

At the time, it was stated that Kelley was selected to take on the leadership role of the new planning, urban design, and sustainability, given the similar social and housing challenges and economic realities between San Francisco and Vancouver. Kelley also had experience with leading citywide transportation planning initiatives and a new waterfront plan in San Francisco.

During his time in Vancouver, Kelley oversaw projects such as the finalization of the Cambie Corridor Plan and Northeast False Creek Plan, and the launching of the Broadway Plan, the citywide Vancouver Plan, and the citywide Employment Lands and Economy Review.

Under Kelley’s leadership, the city has been pushing for more rental housing. At the same time, developers have taken issue with lengthy delays and ambiguity with city policies, and in some cases this has resulted in the cancellation of proposals before they reach the formal application stage.

In 2017, Kelley cast the deciding development permit board vote that ultimately rejected Beedie Group’s proposal to build a mixed-use residential and retail development at 105 Keefer Street in Chinatown. This rare decision by the DPP to reject the application is now a matter of the court.

Past chief urban planners in Vancouver include Brent Toderian, who held the position for six years until 2012, and Brian Jackson, who quit in 2015 after three years.

Kelley’s departure is the third major changeover amongst the city’s most senior bureaucratic ranks over the last two years.

In January 2021, city manager Sadhu Johnston left his role, after serving the municipal government in this chief bureaucratic role for five years, and the deputy city manager for six years.