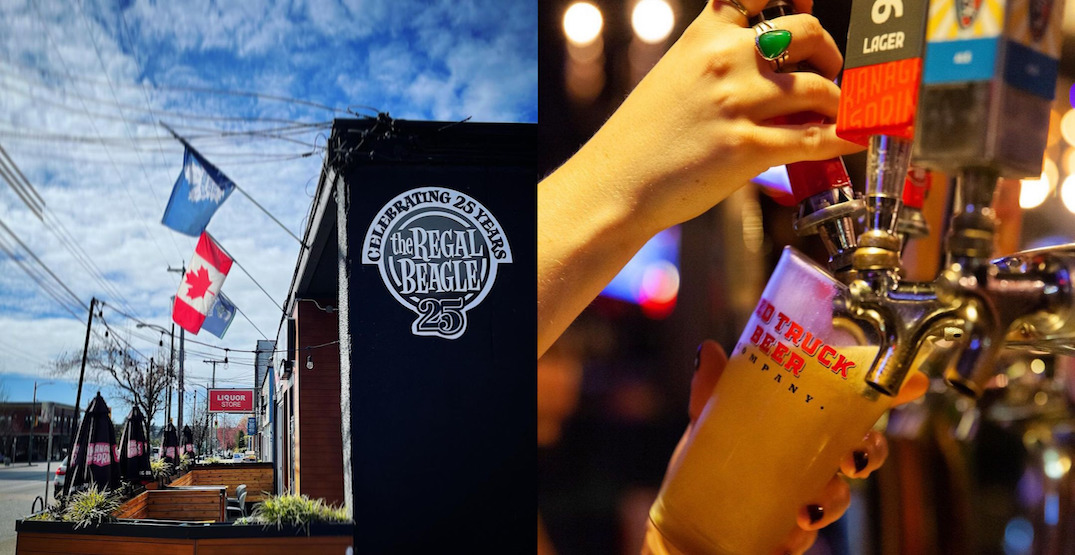 A quarter of a century in business is no small feat for Vancouver bars and restaurants.

This coming weekend, Kitsilano mainstay The Regal Beagle is celebrating this quarter century milestone with a big party, complete with live bands, food, and plenty of drink, of course.

On Saturday, June 18 from 2 pm until late, the bar is inviting the neighbourhood to join in on the festivities. For the occasion, there will be a Red Truck Beer Company tent, live music, a caricature artist, a magician, as well as some other fun surprises.

The Regal Beagle also just recently opened up a new hidden oasis back patio, where you’ll be able to chill while enjoying some BBQ made by chefs for the event. You can also look forward to some food and drink specials.

It also proudly bills itself as “the only Maple Leafs supporters bar in the city.”

Located at Broadway and Vine, the Regal Beagle has seen as lot of changes in this Kitsilano neighbourhood since it first opened in 1997. The bar has invited its followers on Instagram to share some pictures and memories – foggy or not – of the last 25 years using the hashtag #beagle25years.

When: Saturday, June 18 from 2 pm until late
Where: The Regal Beagle, 2283 West Broadway, Vancouver