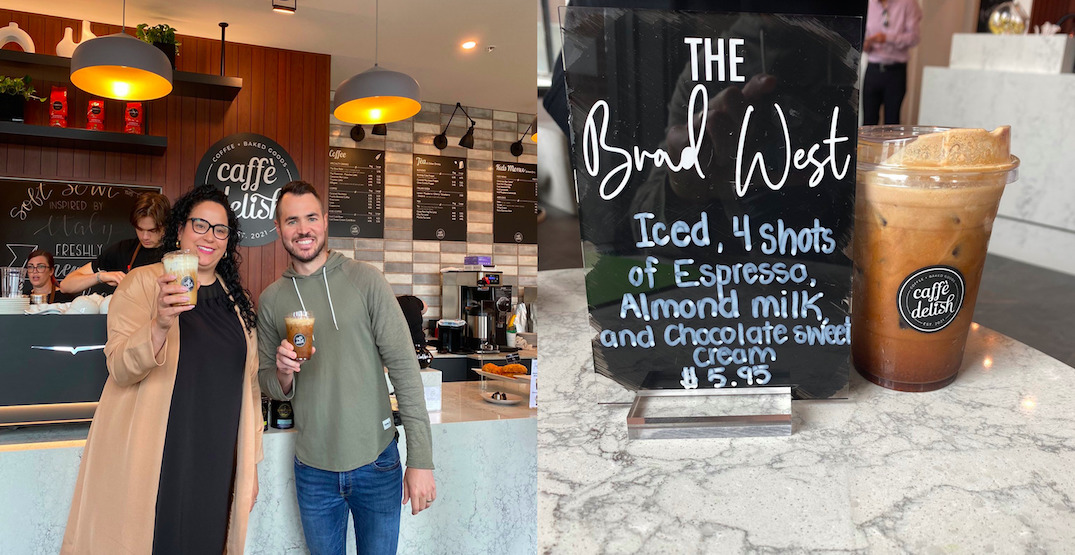 While it’s been softly opened for the last couple of weeks already, Caffe Delish celebrated its grand opening this weekend with a live band, giveaways, and samples.

On site to celebrate and welcome the new business to the community was Brad West, the mayor of Port Coquitlam.

West shared on Twitter that “Just about every week, I’m attending the grand opening of a new business in Port Coquitlam.”

This time, he was greeted with an extra special acknowledgement for his support of local businesses: a custom espresso drink named after him.

And here’s a first – they’ve named a coffee after me! For those days when you need a pick me up, this will do the trick. I had one and it’s delicious. The best part? All proceeds from this drink go to local PoCo charities. So be sure to order a “Brad West” when you visit! pic.twitter.com/T04Jn52YMF

West was clearly excited about the tribute.

“And here’s a first — they’ve named a coffee after me!” he shared. “I had one and it’s delicious.”

All proceeds from purchases of the drink will be going to local Port Coquitlam charities.