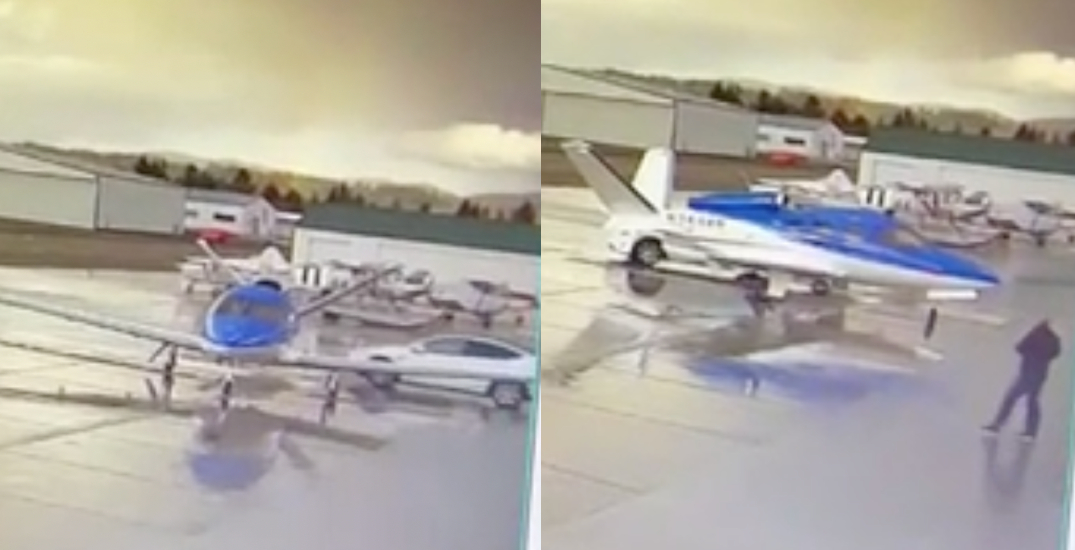 Footage has emerged showing a Tesla elegantly driving itself on the tarmac and bumping straight into a what appears to be a million-dollar jet.

On Friday Redditor u/smiteme posted the video clip titled “Someone just crashed into a Vision Jet!!!” to the r/flying subreddit.

Comments began rolling in almost immediately, with people curious about what the heck exactly happened and where.

“I was at a Cirrus event and someone tried to summon their Tesla past a $3,500,000 Vision jet. Ooph…” replied the poster.

Now the video is spreading on social media like wildfire.

lol someone tried to summon their Tesla via autopilot at an aviation trade show and it crashed into a 3 million dollar jet pic.twitter.com/ae1Th49YsG

Cirrus Aircraft is a personal aviation company, which means it sells private jets to those who can afford to pay millions of dollars simply to avoid travelling with the rest of us peasants.

Allegedly — and in an incredibly bold move — a driver turned on his Tesla Model Y’s “Smart Summon” function on the tarmac.

According to Tesla, “Smart Summon” is a mobile app feature that allows you to move your Tesla to your location using your phone’s GPS as the target destination, or to a location of your choice by “manoeuvring around and stopping for objects as necessary.”

Well, we’re no longer sure about that last part, since this bad boy bumped straight into a pretty huge jet. Commenters on the Reddit thread have been discussing whether insurance will cover anything at all, since the accident occurred between an aircraft and a vehicle.

The accident only bulks up a growing list of weird incidents involving Tesla owners.

Last month, a man totalled his Tesla Model S after driving it nearly 50 feet into the air as part of a stunt. Also in March, someone drove their Tesla through a shop’s window in Scarborough, Ontario.

Last year, a person was seen sleeping like a baby in the driver’s seat of their Tesla as it drove through Metro Vancouver. The car apparently has a feature that stops it in its tracks if the driver loses consciousness.

But maybe don’t fully trust robots 100% of the time…? Just a thought.