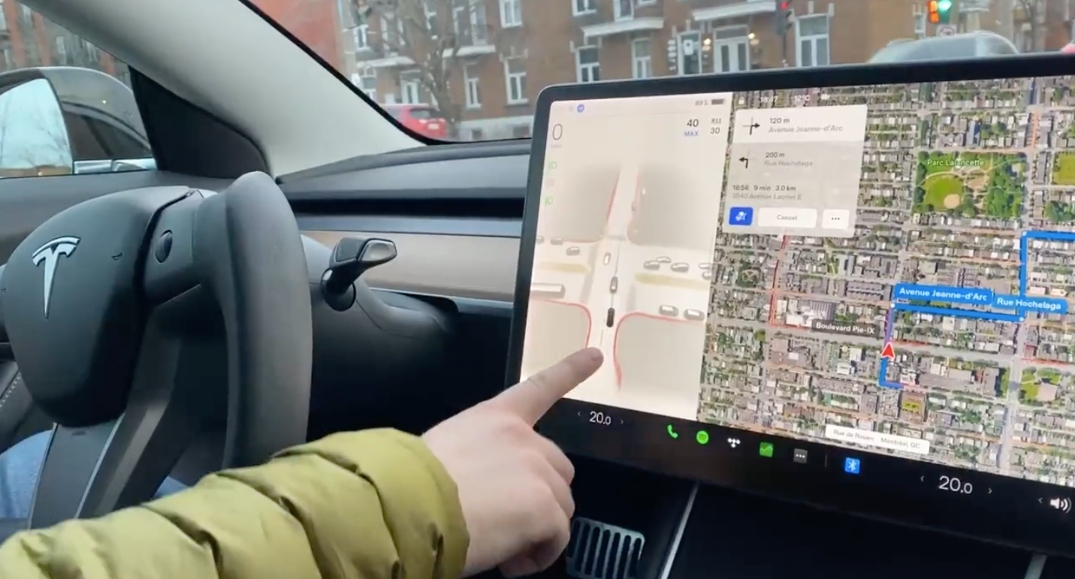 Driving in Montreal is no easy task; nonetheless, it’s a challenge that Tesla’s AI-powered vehicles are up for.

A month after Tesla announced that self-driving cars had arrived in Quebec as part of  “FSD Beta Canada,” the first viral video of one in the streets of Montreal has begun making waves on Twitter.

Twitter user @AhoyChunk posted a video of him sitting behind the wheel of the computer-operated electric vehicle cruising through the streets of Montreal on Monday. As the “driver” enabled  Tesla’s Full-Self Driving option, also known as FSD, he erupted in laughter.

These are my first couple of seconds on FSD Beta in Montreal. 🤯🤯 i couldn’t believe it. Mindblown. Pardon my french. @elonmusk pic.twitter.com/l8KhyYfHCL

“Oh my god. C’est malade!” he exclaimed after the car came to a stop to let a pedestrian cross the street.

The driver later posted another tweet reviewing his experience behind the wheel. “FSD is able to handle most situations,” he wrote. “A more difficult part of the city is the old Montreal.”

FSD Beta Canada handles surprisingly well in Montreal. It’s far from perfect, needs work still…. But even with those paint lines gone from the streets, FSD is able to handle most situations. A more difficult part of the city is the old Montreal.

According to his review, it would appear that Elon Musk’s high tech vehicles are capable of handling themselves in busy pedestrian areas and even pothole-ridden neighbourhoods.

Cobblestone streets and the prohibition of red light right turns may only be available in the next software update, though.

For those testing FSD Beta near Montreal, be aware the software does not follow the ‘no right turn on red’ law on the Island of Montreal. @elonmusk @karpathy can this be fixed in the next release? pic.twitter.com/a9VMbJ1oc3

While many are wary of the arrival of self-driving vehicles, according to policyadvice.net Tesla claims that their self-driving cars are four times better than normal cars; while in Autopilot mode, there is an estimated 1 fatality per 320 million miles driven.